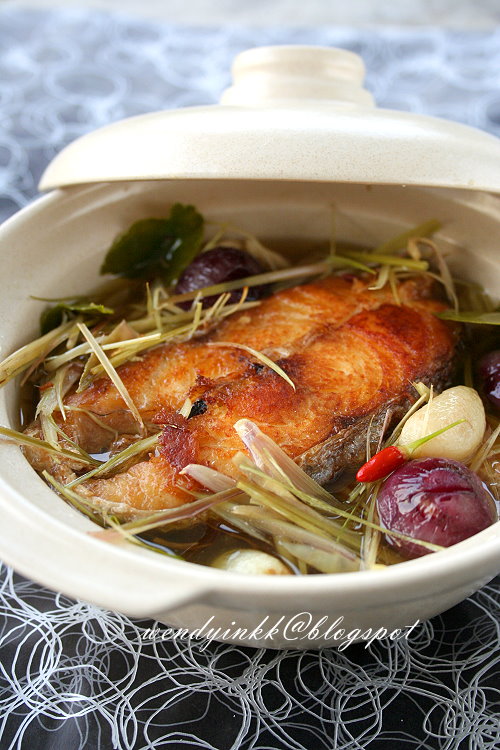 A recipe that I got from a restaurant's cookbook of which I highly doubt the chefs tell you the real story.
The recipe just called for the fish to be simmered.. but the pictures tell another story.

A fried fish and boiled fish don't look the same. 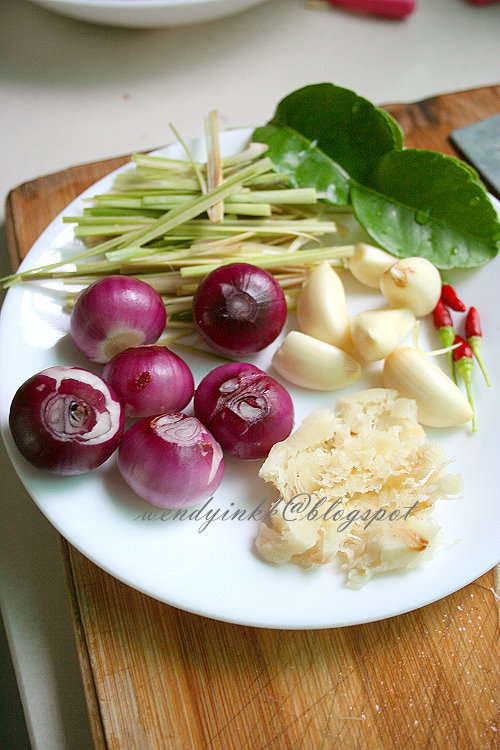 I followed most of the recipe, except that I fried the fish and sauteed the shallot and garlic as, that was how it looked like in the picture, they look 'seared', actually more like fried.

The book was complimentary, if you dine there for a certain amount, so I guess that's why.


Claypot Lemongrass Fish
from a book

1. Fry fish steaks until golden. Set aside.
2. In a claypot, saute shallots and garlic until fragrant. Put in kaffir lime, lemongrass, galangal and chilli together with 1 cup of water. Bring it to boil and let it simmer for 5 minutes. Season it with fish sauce and sugar.
3. Return fish to the pot and simmer for another 2-3 minutes. 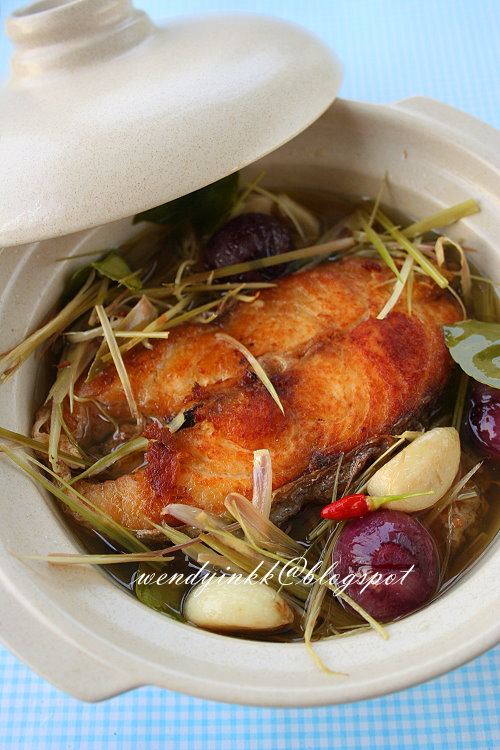