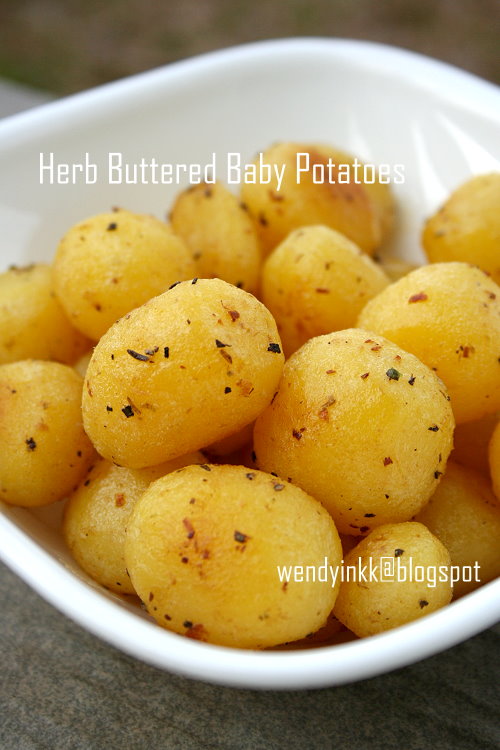 Lyanne loves potatoes, all sort of potatoes, while the eldest doesn't quite like it.
There was a time when she was around two, she was so picky, that all she eats is either white rice or potatoes.

When I made this, she ate a bowl of it. Sometimes, being a mother to a picky kid, I can't think much. As long as she's willing to eat anything but the usual white rice, I'll just let her eat. 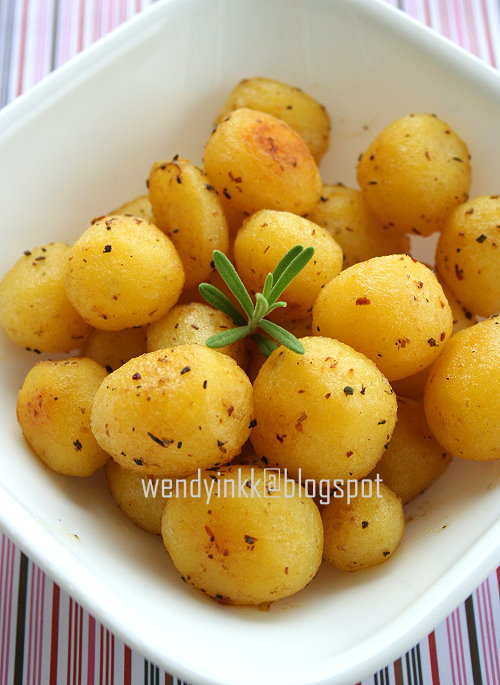 Baby potatoes that I bought here are not crumbly, they are quite firm. FYI, I got them at Tesco.
I don't have an exact recipe for this, but I can roughly tell you how I made this. I've made this few times before, and each time, I dread the peeling, but nothing beats seeing how much my daughter enjoys it.


First, peel the baby potatoes and rinse them clean.
Then, bring a pot of salted water to boil, and cook the potatoes for around 10-15 minutes, until the potatoes are cooked. You can test by poking it, if your chopstick/knife goes through easily, it is done. Drain the potatoes.
Next, heat a pan and put in some butter, around 1 heaped Tbsp for each cup of potatoes. When the butter melts, don't wait til it browns, put the hot baby potatoes in. Hold the handle of the pan, and swirl it from time to time.
When some parts take on a golden hue, it takes quite a while sprinkle in some chopped fresh herbs of choice, and lightly season with garlic salt.
Continue to swirl the potatoes until they form a light crust.

Posted by WendyinKK at 8:39 AM