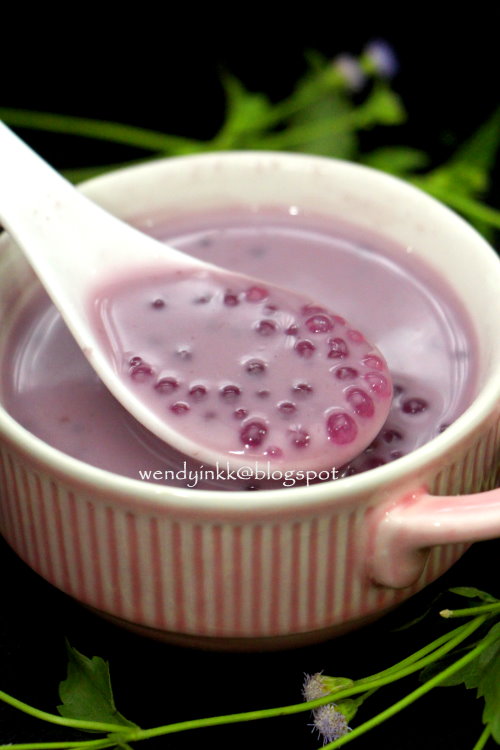 I first made this more than 10 years ago, and I also served this for my pre wedding reception.
It was well received and the first to be finished.

Last time, I used to make this using only taro, but, this time, I added in a little bit of purple sweet potato for natural purple pigment. Lovely hue :-)
You can choose to use only taro. 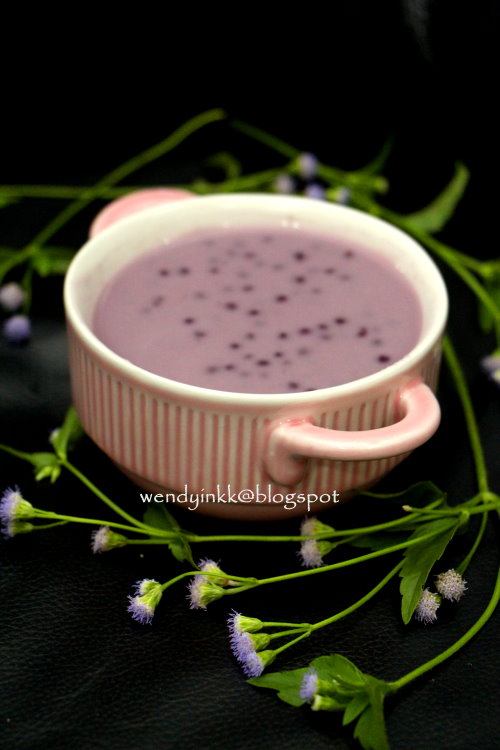 My two daughters didn't like it, as the elder don't like food that comes with coconut and the second don't take sweet soups. My son, after drinking it, gave me a thumb up and told me, it's yummy. Hubby as usual, like me, loves coconut and he enjoyed it a lot as well.

My son said this dessert tasted like melted ice cream when served cold. 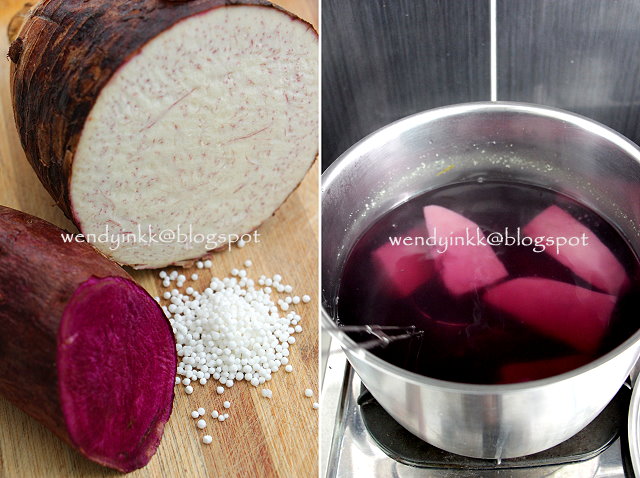 1. Bring 2L of water to boil. Cut taro and sweet potato into chunks, then cook in the boiling water together with pandan leaf until soft. Fish the taro and sweet potato out from the boiling water, remove 2 cups of the liquid and set aside to cool. Retain the remaining liquid in the pot.
2. Put the sago pearls into the retained boiling liquid and cook them until translucent. Sweeten with sugar.
3. Puree the cooked taro and sweet potatoes together with the cooled liquid, and pour back into the pot. Add in the salt. Bring back to a boil and taste again to check sweetness. Turn off the heat and let it cool to 85-90C (too high and the coconut milk will turn to oil and too low, the dessert won't keep for long).
4. Pour in the coconut milk (temp will go down to around 75C, enough for pasteurization), stir  and keep the lid half covered as you leave it to cool down to your preferred temperature.
5. Serve warm or chilled. 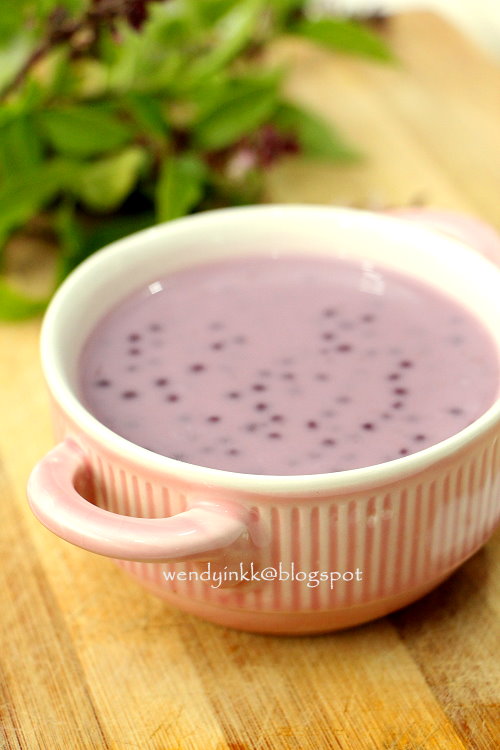 Posted by WendyinKK at 4:14 PM