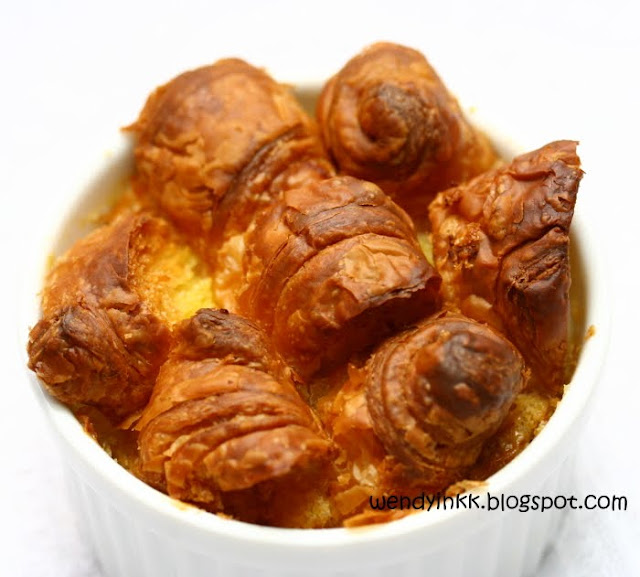 I've always thought that bread puddings were just soggy breads.... Until I tasted one few months back at Delicious cafe Midvalley Megamall. It was a croissant topped one, with hints of orange marmalade, served with I forgot what sauce. It was lovely. Actually that was my first bread pudding :)

So, I came back, tried to search online for a proper orange bread pudding recipe... I don't want to use marmalade, but orange juice.
But none!!! I found none!!!!

I came up with the recipe, and Mike says "Thumbs up". Better than Delicious. :) *Disclaimer: It's a matter of personal taste, u may think that Delicious is better*

Here are a few shots of them in different containers... Sometimes my pics are so good(IMO) that I don't know which one to take... 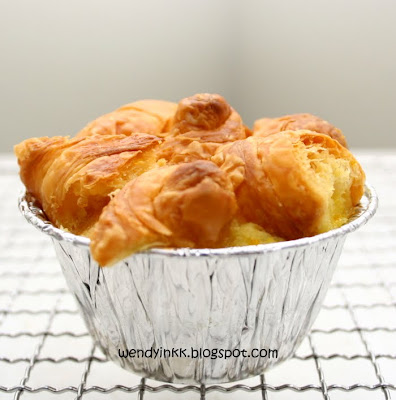 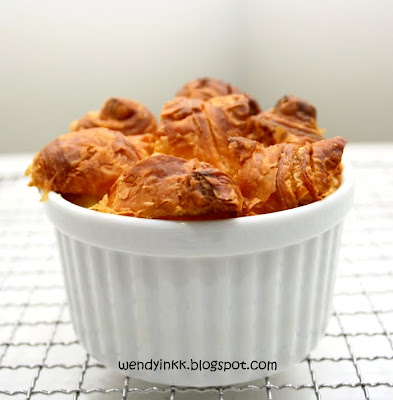 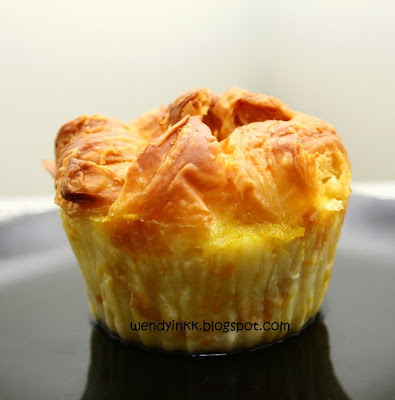 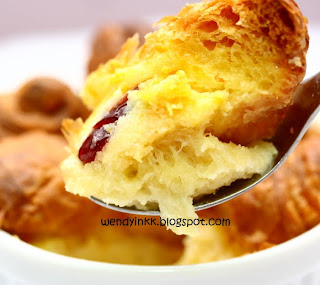 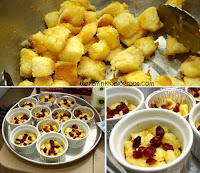 3. Heat milk with sugar until sugar melts. Remove from heat and stir in cream.

5. Place one layer of bread cubes into ramekins. Sprinkle on some cranberries . 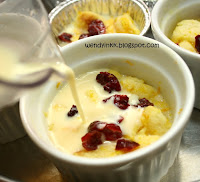 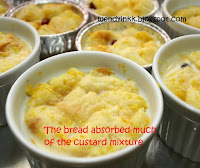 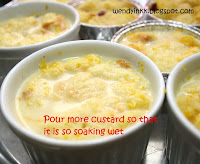 8. Put in some more custard mixture until it covers the bread . 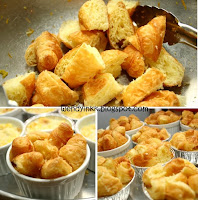 9. Snip mini croissants and arrange them over the bread cubes. Lightly press them. Let the croissants sit for 2 minutes, adding more custard mixture through any crevices if u see it getting dry. Let it soak soak soak.

10. When the croissants don’t seem to be absorbing any more liquid, bake it in a preheated oven at 160C for 30-40 minutes in a waterbath. 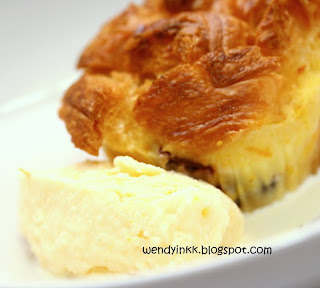 Serve the warm bread puddings with yummy orange ice cream made from the remaining custard mixture. Just cook the custard until it coats the back of ur spoon, leave to cool down and freeze til firm.

The Bountiful Bake, and it wasn't enough to go around. 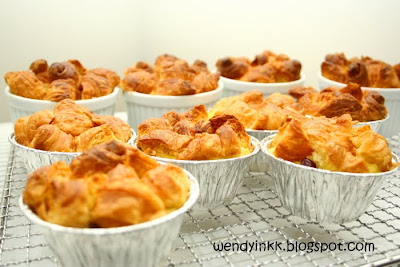 Keep them chilled if not consumed immediately. Warm up in preheated oven to get a nice crunchy top, or serve cold if u prefer.

Posted by WendyinKK at 9:49 AM