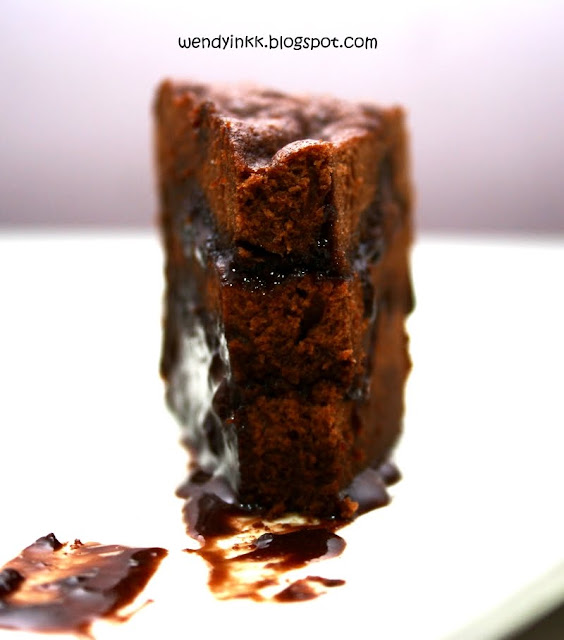 Frankly never liked brownies as I found them to be too dense and crumbly for my liking, some even taste dry. But this one... is steamed. So it's better.

The recipe uses emulsifier, so it's pretty easy to make. I might try another time w/o the ovalette, change the method and see how it goes. 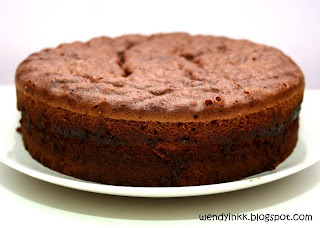 Mike loves this, but people who are not crazy for chocolates will find this way too chocolatey. I adapted the recipe from Pennylane's Kitchen but u may still follow the original recipe exactly.

Oh ya one thing, I found that after I changed my wok lid from aluminium to stainless steel, steamed cakes seem to have taken the waves. So to my readers who tried my steamed cupcakes and had waves, is the cover u used stainless steel? My friend who made my seri muka also confirmed my point. Test first, it's just my assumption. If ur steamer cover is stainless steel, try high heat for the first layer, if it's wavy, steam the 2nd layer with medium high. If it's still wavy, use medium. I used medium high for my last layer and it had less waves than my first 2 layers. 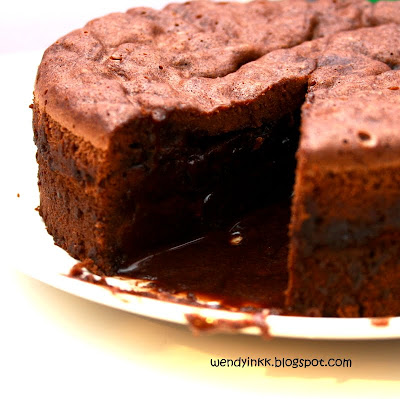 I cut this brownie way too sooon...... See how the gooey chocolate flowed down like a waterfall???? 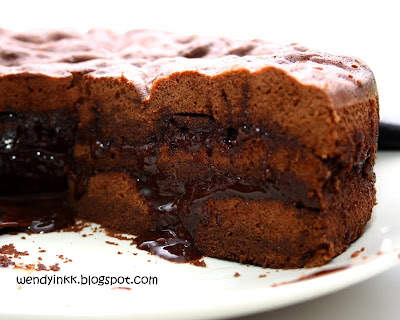 I waited longer, let it cool down further and it was much better.

DO NOT REPEAT MY STUPID MISTAKE OF CUTTING THE BROWNIE TOO SOON!!!

Patience is a virtue..something that I lack :) 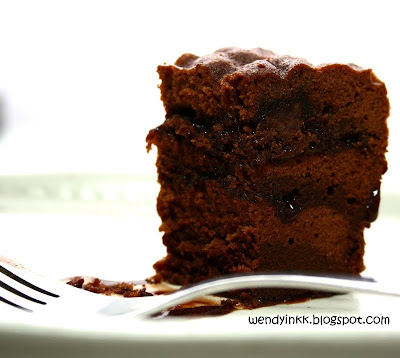