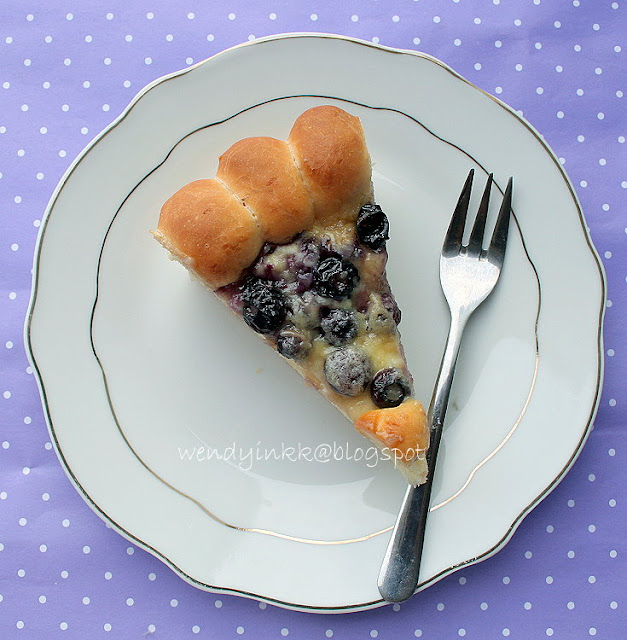 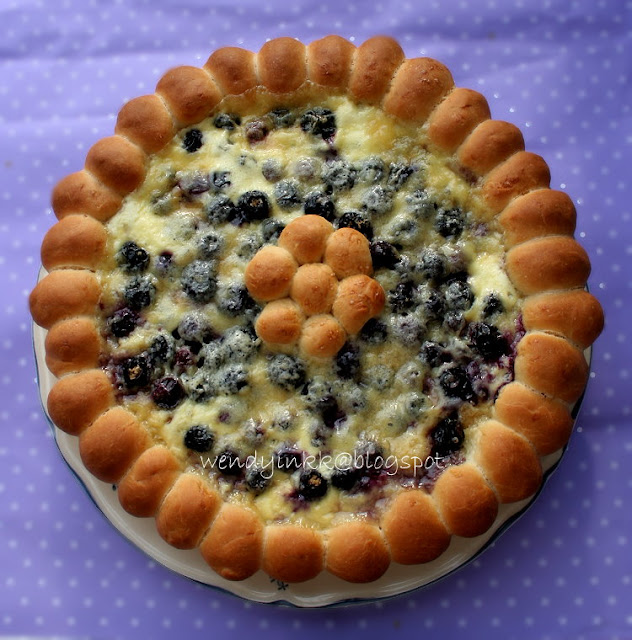 Remember the Apple Yeasted Sugar Tart? It was so delicious that I made another version 2 weeks later with blueberries. My blueberries were wrinkled... hahaha. But then it won't matter when it's smothered with cream and baked. 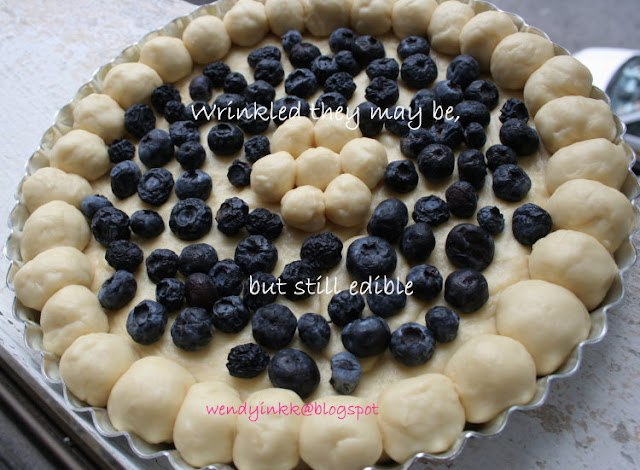 Simply sprinkle the blueberries on top instead of pressing the apples in at step (8). The rest of the instructions remain the same.
Because the blueberries weren't pressed in, the yeast tart might puff up during baking and cause the cream topping to flow down the sides. To prevent this, I shaped a ring around it, with small pieces of dough.
I also changed my baking temperature to 180C (first bake) and 150C(second bake after putting on the cream). Colour was better this time. The baking temperature may vary with your oven. 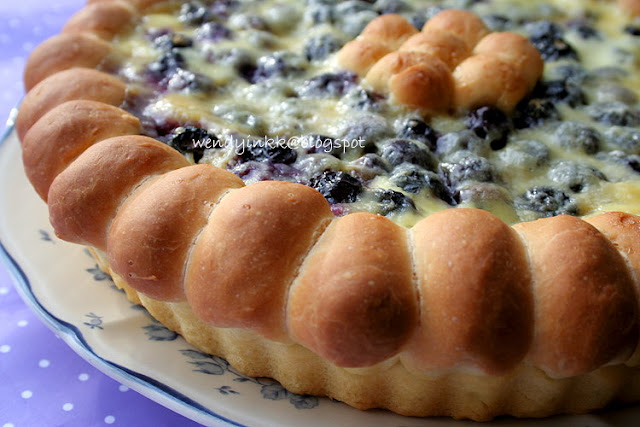 Verdict:
Frankly, I preferred the apple version. The inserted apples gave the tart a moist and soft texture. This version is not as soft, but still nice. 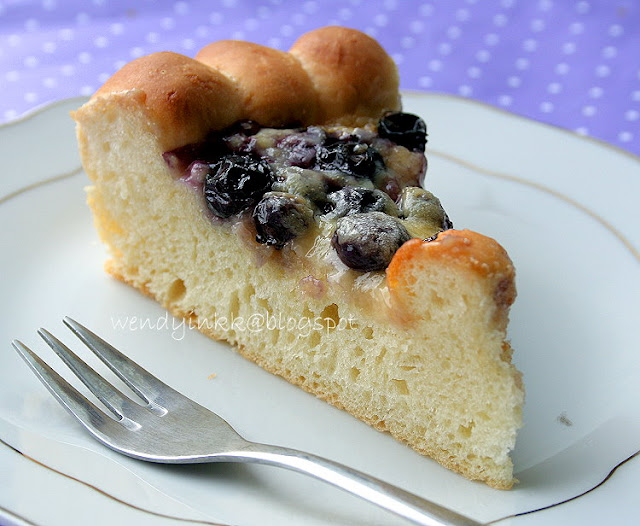 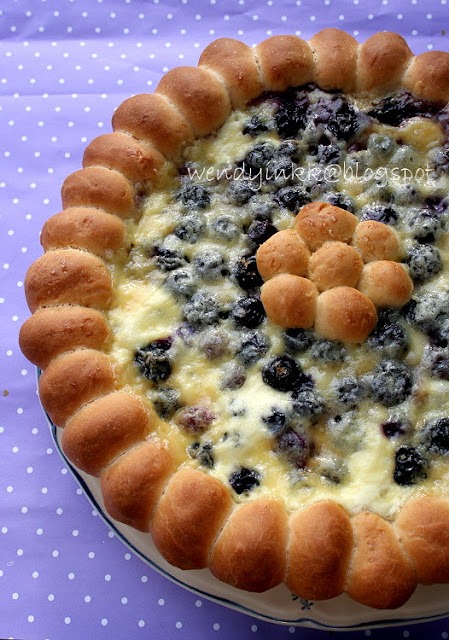 I'm taking a week off.
Happy School Break to all parents and students
and see you again on
21st March 2011
I am submitting this to Aspiring Bakers March 2011 Fruity March
Posted by WendyinKK at 11:28 AM