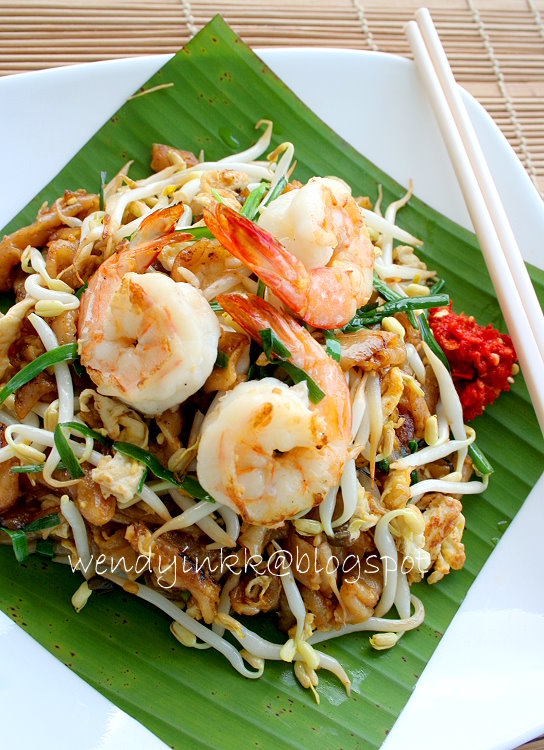 I grew up not knowing what is Kway Teow. More so know I didn't know its Cantonese translation as Guai Diu
I grew up eating Hor Fun or some call it Sar Hor Fun, that's how the Cantonese call those flat rice noodles.
I can recall how I laughed while holding my belly when my KLite Uni room mate called those noodles Guai Diu (like how you would pronounce 贵鸟in Cantonese）. She was just plain unlucky to have 2 Perakians as room mates and both of us were rolling on our beds laughing. We found the Cantonese translation of the Hokkien name for this noodle to sound vulgar (Ghost F***). 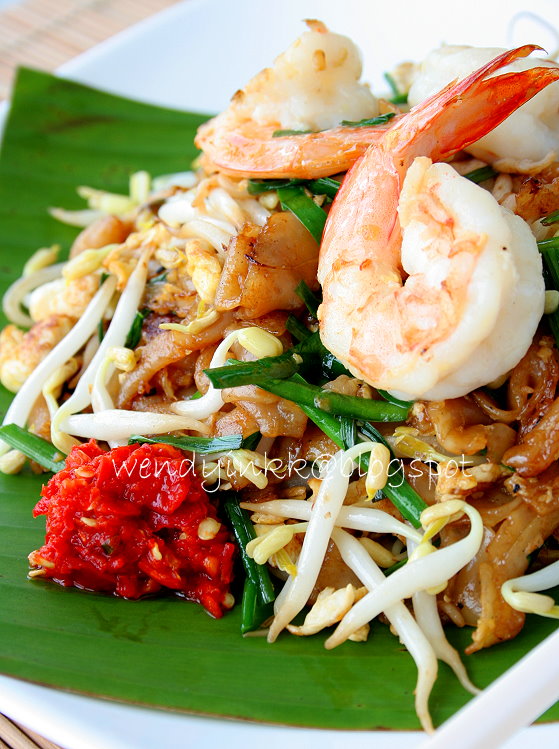 If you watched the eating show "Taste with Jason 阿贤人情味", you might have come across the episode where he visited Kampar and interviewed the best HDF in Kampar. Jason stressed that it's called Hum Darn Fun and not Char Kway Teow there. LOL. I was laughing seeing him saying HDF, HDF, HDF, as if he's trying to psycho himself.

In Kampar, CKT or HDF is cooked on a large flat cast iron wok. The noodles are fried in large batches first, then finished up plate by plate according to individual needs. The version we had in Kampar is fried with eggs and cockles only. No Chinese sausages, no prawns. Just frugal eggs and cockles. Nothing fancy, but even with just these 2 protein sources, the flavour is bursting with deliciousness due to the 'wok hei' (wok smell). HDF is dry and fragrant whereas I find CKT to be on the moister side.

So, whatever it is called, it's fragrant fried flat rice noodles with eggs, cockles, prawns or sausages and lots of beansprouts, not forgetting the ultra important chinese chives. 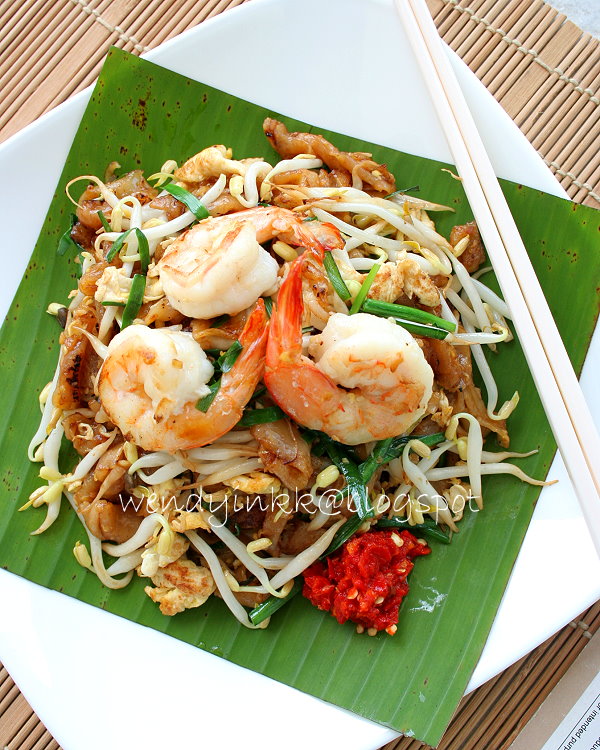 Today I'm doing a CKT, since I'm not cooking this in a large flat cast iron wok and the cockles are missing. The "Hum" isn't there, so the HDF name does not fit this at all. But if you add in the Hum, then call it what you want, LOL. FYI, the Hum will never exist on my blog. I am allergic to Hum. If I consume any Hum, I will be humming my day off in the washroom. Seriously. I did that twice and I'm not going to risk myself with a 3rd time.

Am I confusing you? Good, whatever the answer is. Hahaha!

The method I'm using today is the way that my friend, Kin Thong's mom do it. She learnt how to fry CKT from her hotel chef son in law. I watch her do it and I learn from there. This method is more suitable for our home stoves which is less hot than commercial gas stoves. And you may think, just soy sauce for seasoning? Yes. Just that. The noodles derives its flavour mostly from the cooking process. If you handled the heat well, it will give the noodles the distinctive flavour, no need of elaborate seasonings. But the soy sauce used must be good on its own, not some bland salty sauce.

Method:
Do it plate by plate. Never fry in large amounts. Prepare everything in the portion you need before you start cooking.
1. Loosen rice noodles, make sure they don't clump together.
2. Heat wok until very hot. Put in little bit of oil, say about 1 tsp and fry prawns until fragrant. Dish up and set aside.
3. Put in more oil, say about 2 Tbsp and put in garlic. When garlic is fragrant, put in rice noodles.
4. Fry noodles until they look partially 'blistered' by the hot oil. It will be slightly sticky and won't take long if your wok is hot enough.
5. Put in little bit of beansprouts and chives. (The small amount of these 2 are cooked to release fragrance by the hot oil) Put in light soy sauce and pepper and continue to fry until the sauce dries up.  Push the noodles to the side once a while so that it gets heat and it quickens the drying process. Push it back in to the center and push it out again. (Watch video to understand what I mean).
6. Push noodles to the side and put egg in the center. (add sausages at this point if wanted)Scramble it a bit and push noodles back onto egg. Toss everything.
7. When eggs are fragrant and noodles looks dry (it will have that 'blistered' look again), put in bean sprouts and chinese chives (add cockles if wanted). Toss and fry for a short while and dish up.
8. Serve with chilli sambal.

*No need to wash wok to fry the next plate. The dirty wok makes the next dish taste better. My hubby will confirm that ; )

my husband took this video the afternoon I cooked him this for lunch
Each time I cook this, Mike keeps on asking me to set up CKT biz here in KK. Well, frankly. If ever I want to venture into food biz, I won't want to have a bakery or a fancy restaurant. I'd prefer to be a CKT hawker. 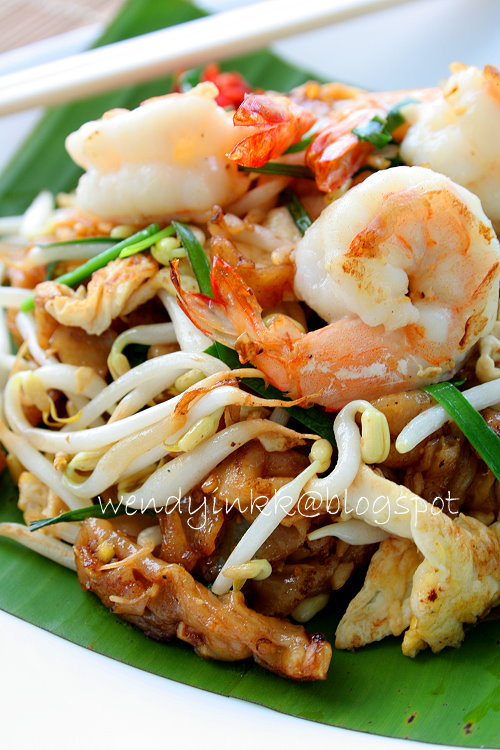