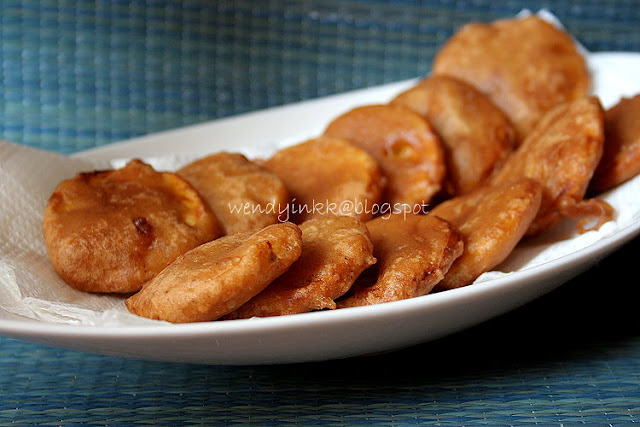 Have you ever tasted a Ham Chin Peng (咸煎饼Chinese fried “bun”) flavoured fried banana? Haha, this is one.

When I saw a bunch of plantains at a Malay stall, I immediately wanted to buy one. Just this one cost me RM3. It seemed pretty expensive for just 1 banana right? But when I asked Mike’s worker, who owns a banana plantation herself about the plantain I just bought, she said, it’s usually sold at RM5/kg. So, the one I got was worth the price. But she also commented my banana was not mature when picked. She said, the rear end of the fruit should be more enclosed. 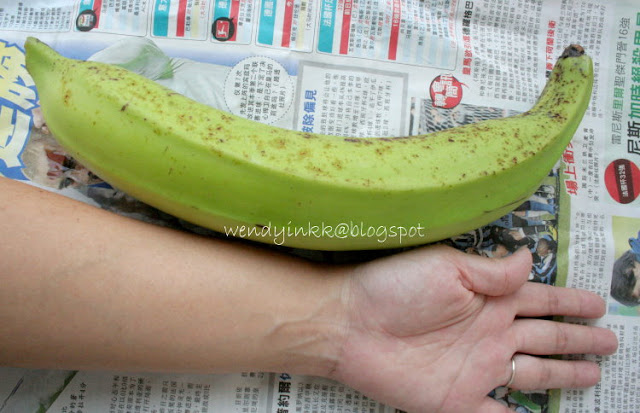 Plantains or Pisang Tanduk(horn banana) as called here are not eating bananas. They are meant for cooking. You can’t peel and eat it like that, you’d puke. It’s starchy and floury when raw, but when cooked, it turns soft and sweet. There are other varieties of cooking bananas here, namely pisang raja (king’s banana), pisang abu (ash banana), pisang nipah (palm banana) and lots lots more. The variety of bananas we have here is crazy. A good selection of eating and cooking bananas. The locals will usually fry this foot long banana with batter. Sometimes it’s sliced, sometimes it’s halved. And when it’s fried half, imagine eating a 2inch wide banana. You really have to gag it in. Hahaha!! Crude!

When Mike saw me buying this, he asked me, “What do you want to do with this? You’re not a Ghanaian.” The reason he said this was that, during his few months in Ghana when he WAS still an Oracle Consultant he ate plantains almost every day for every meal except breakfast. Plantains to Ghanaians are equivalent of rice to us. They serve it steamed and fried mostly. He recognized it the moment I bought it. Hahaha! Which was rather unusual to have him knowing his food. LOL. Shhhh.. 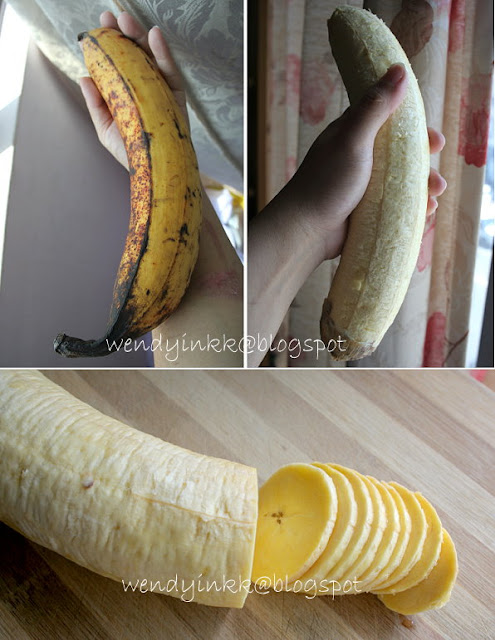 It took me more than 2 weeks to get the “thang” to ripen. I wrapped the fruit in newspaper and put it on the counter. Mike’s worker said never put it on the floor as it’ll spoil, so I left it on the counter, checking it every 2 days. She has already warned me it’ll be long as mine was immature when picked. Immature is not the same as under ripe. It’s called 不够水，not 不熟. It’s like mangoes if picked when immature, no matter how yellow they turn later, they’d be sour sour sour. But if they were picked when mature but still green, later on they’d turn sweet and yellow.

Initially I wanted to fry the plantain arranged it in a flower pattern, but then I failed. So, in the end I dumped some cinnamon into batter and fried it slice by slice. The result was a Ham Chin Peng flavoured banana fritter. Hahaha!
I tot it won’t be well received as I also fried some in regular batter, but I was wrong. Everybody loved the cinnamon one. Haha, and they said, it was special. 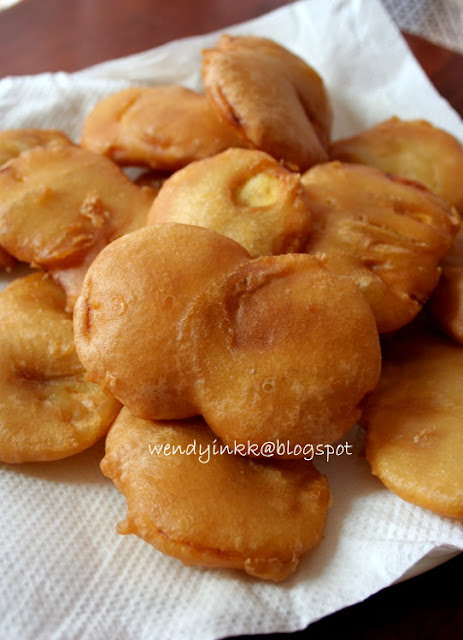 these are the plain ones

1. Combine all the dry ingredients and make a well in the center.
2. Break egg into a measuring cup and add in water until it reaches 200ml.
3. Pour egg mixture into the dry ingredients and mix until a smooth batter is achieved.
4. Peel plantain and slice it thinly, about 3mm thick.
5. Dip each slice into batter and fry on medium heat until golden brown. 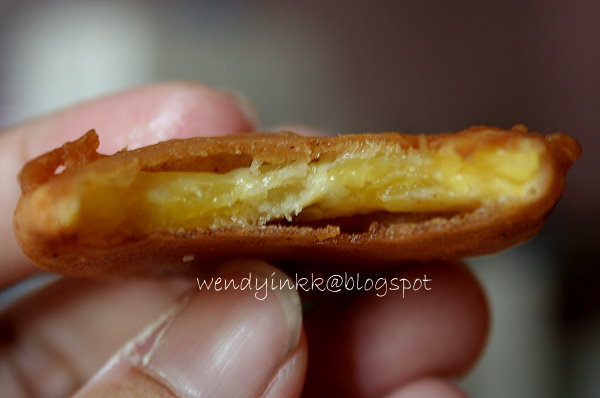