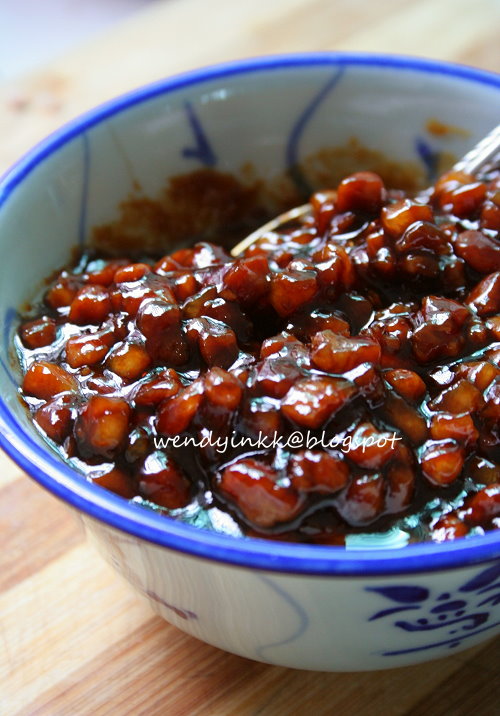 This is my previous char siew filling recipe. It involved cooking the char siew in whole pieces, dice and cook them a 2nd time with the gooey gravy.
I was thinking... it seems stupid to make proper char siew, dice them and then prepare the filling. Is there any other way that the restaurants are doing it? Any express way? 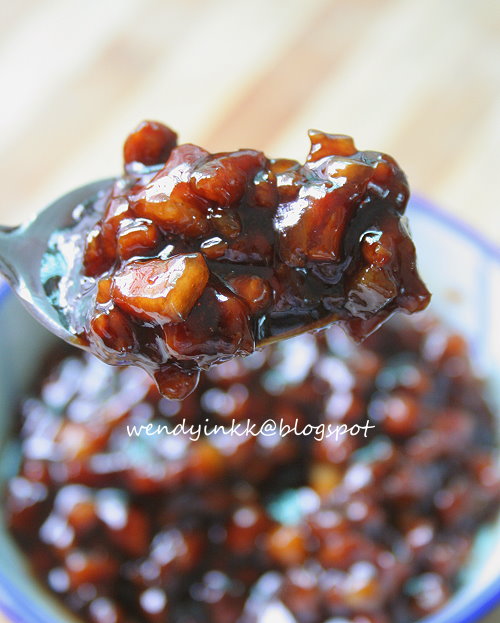 I keep on thinking and thinking... and then.. I thought, if I dice it right after it's solid enough (after cooking) and then cook it in the same gravy, it'll still be the same, and the cooking time will be much shorter. There's really no need to cook it in big slices and then... dice them. Let's just hit the 2nd part of the cooking straightaway.
Here's my new found express way to make delicious char siew filling for my husband's favourite buns. 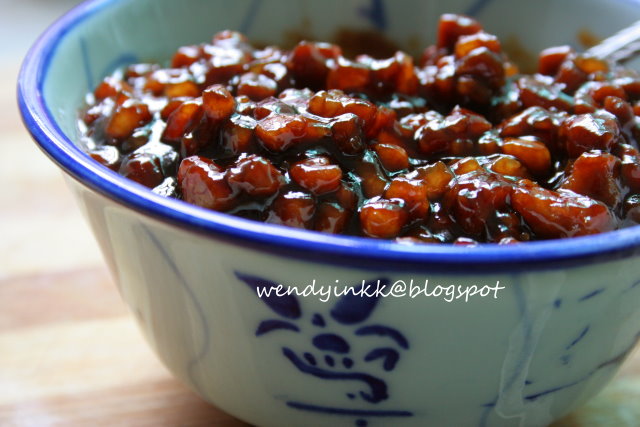 1. Boil pork belly in 2 cups of water for 15 minutes or until cooked.
2. Fish out pork belly and let it cool down until it is manageable.
3. Retain 1 cup of the pork boiling water, cool and mix with cornstarch. Set aside.
4. Finely dice pork belly.
5. Return pork belly to pot (w/o oil) and cook until you can smell it being fragrant (that’s when the oil starts to ooze out)
6. Put in soy sauces, wine and oyster sauce. Cook until the pork looks dry.
7. Put in sugar and cook until it melts.
8. Put in cornstarch mixture and cook until the gravy thickens.
9. Put fillings into a bowl. Let it sit for 15 minutes and you will see some oil on the surface. Use paper towel corners to absorb the oil, if preferred.
10. Chill filling or freeze until time of use, remember to cover it to prevent drying out.

*To divide into portions, after chilling, the filling will be firm, scoop them and form piles according to the weight required. Keep them covered and freeze until time of use
** other cuts of meat, may not yield the same results. If you want leaner meat, use pork shoulder (definitely not pork loin), and add 2 Tbsp oil at step 5 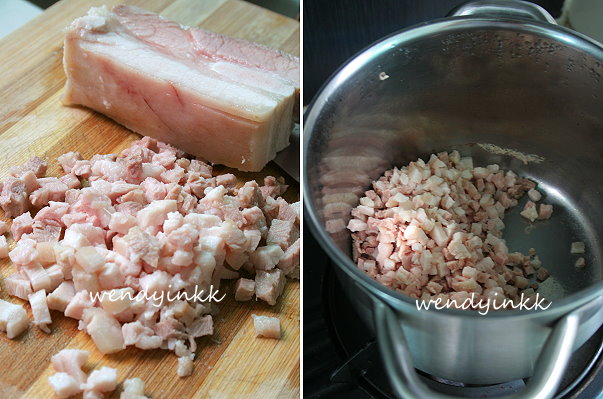 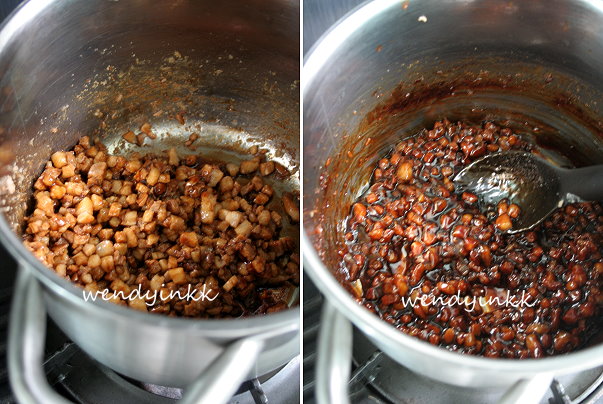 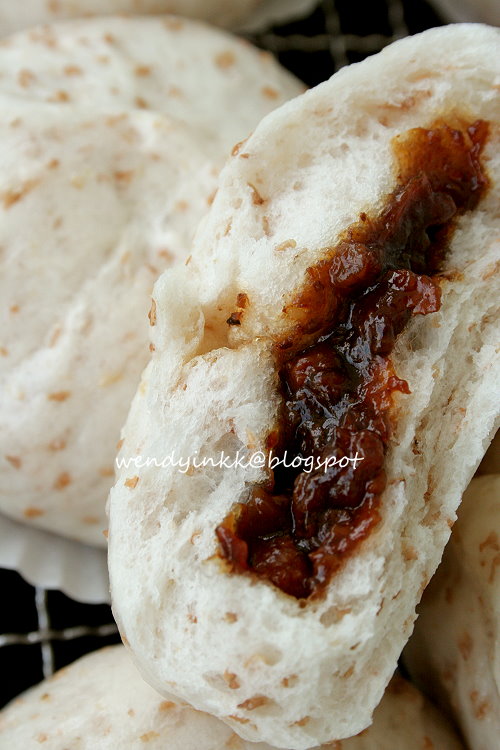