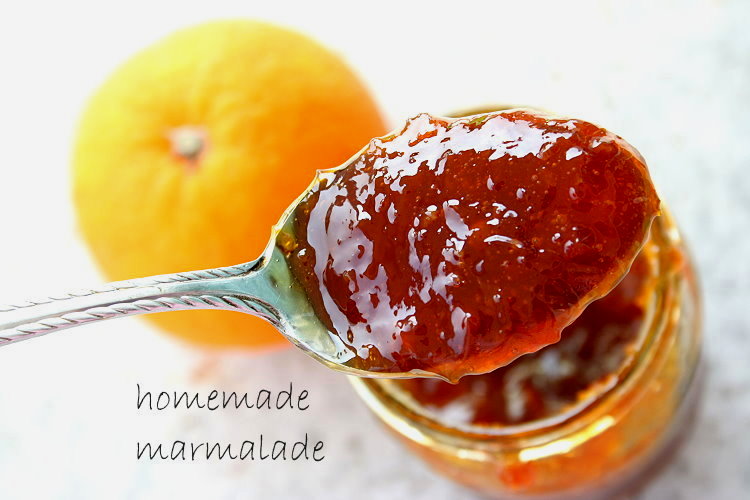 I love the smell of oranges and all things citrus. But I hate it when it’s bitter. Store bought marmalade are always bitter, unless you buy orange jam.

Err.. orange jam and marmalade . Aren’t they the same stuff?

Well, marmalade is JAM with fruit peel in it. And it’s the peel that causes it to be bitter, which is why you can hardly get non bitter marmalade, except for Smuckers or some other brand that I don’t know of. Maybe they have something to remove the limonin from the peel. I wonder if rubbing the peel with salt do the trick of removing the bitter compounds(limonin)? I’m wondering. Wait, I’ll try that next time. : ) 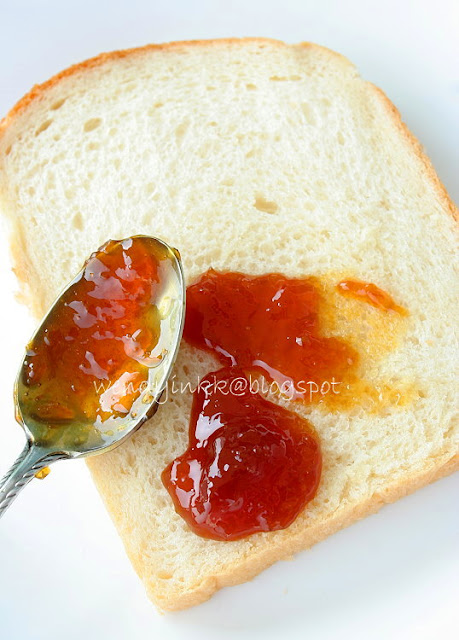 The marmalade I made doesn’t taste like store bought ones. The fragrance and taste is far more intense than store bought ones. Maybe I’ve never tasted real marmalade before and those that we get off the shelves are always loaded with pectin, so there is less fruit content in there. Pectin is something added in to set the jam. Low priced store bought jams are always made with flavourings and food colouring, so it taste like orange squash and is light coloured.

This is my second attempt at making marmalade. The first time, I pared the rind with a peeler and thinly sliced it. Sliced the fruit, cooked it and then took such a long time to remove the membranes from the jam (they give a plastic bag effect on mouthfeel, so must remove). I slightly overcooked the jam, and so it was too thick, but taste wise it was good. This method worked well for me and I did it again with with changes to make the job easier (no need to fish out membranes) and better mouthfeel. I did not put in any pith or seeds to avoid any bitterness and I only derived the pectin from the membranes of the fruit. 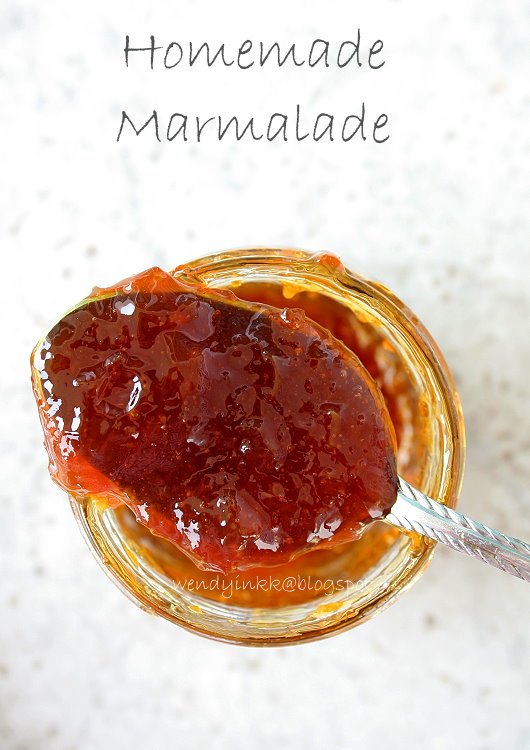 As for the fruit used, I used Valencia oranges. Do not use Navel as navel’s juice will turn bitter after juiced for a while. And I do find Valencia’s rind to have better flavour compared to Navel’s. Do let me know if you’ve used Navel and it turned out alright, but since oranges are not that cheap here, I’d rather not risk it.

I did a lot of reading before I embarked on this. Trying to find information on how to reduce bitterness of the marmalade. The answer is all in the pith, and so the pith is something that I'm not going to add in, so are the seeds. No no no! My source of pectin will be from the membranes and juice, no where else.

1. Zest all the fruits 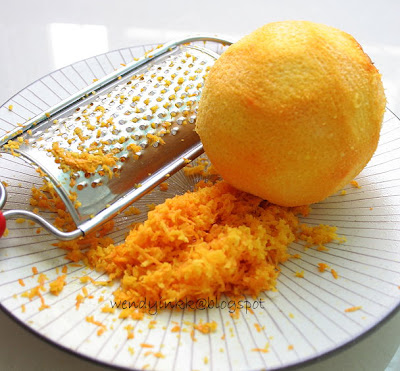 2. Peel all the fruits. Weigh the flesh and calculate the amount of water and sugar needed. Keep that noted down. 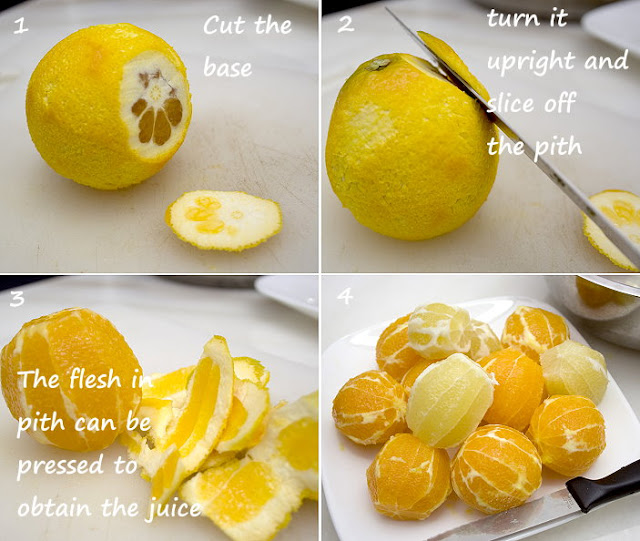 3. Hand press to juice all the fruits. You can use a ricer (Ikea has it), but I don't have one. Discard seeds if you see any. 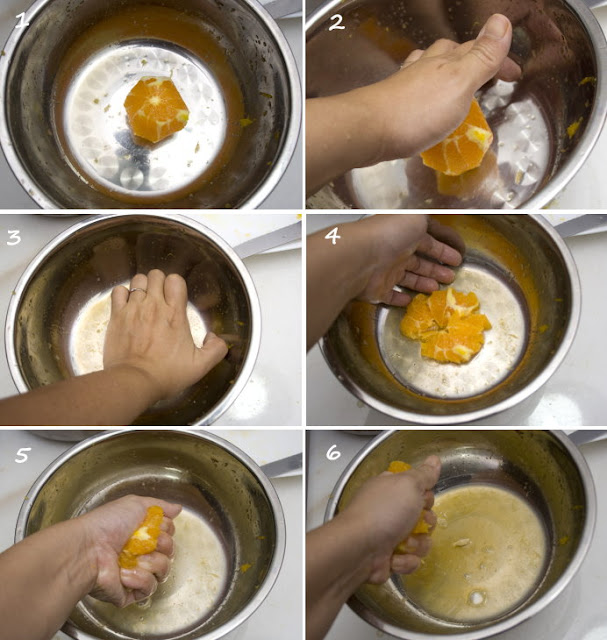 4. Keep the components separateas you work. When the juicing is complete, combine the juice and zest, keep in the fridge, covered with cling wrap. 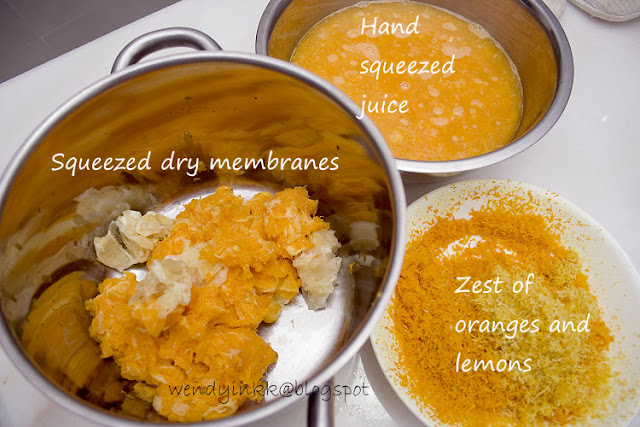 5. Deriving pectin from the membranes - Put the membranes and water into a pot and bring to a boil. Turn off the heat. Put the lid on immediatly and let it sit overnight (8-12 hours). The next day, do as the pictures. 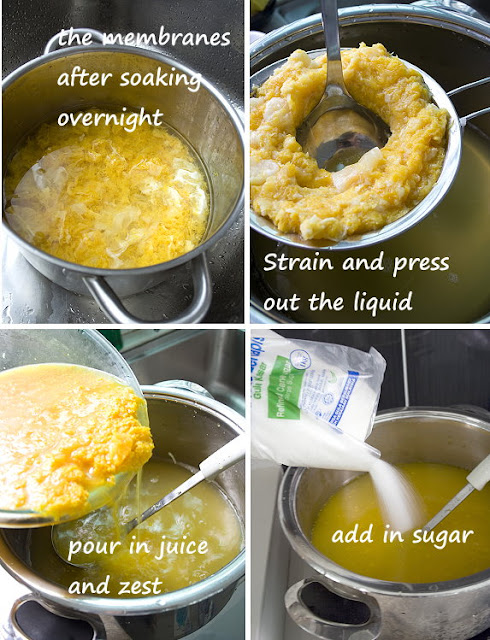 6. Cooking, use a heat that is suitable to maintain its boiling state, but not too much. Remember to put a ceramic plate into the freezer before you start to cook.

7. When you think it's done, try testing it by putting a drop of it into the frozen plate. Let it sit for 10-20 seconds. If it doesn't wrinkle upon pushing, then place the plate back into the freezer. 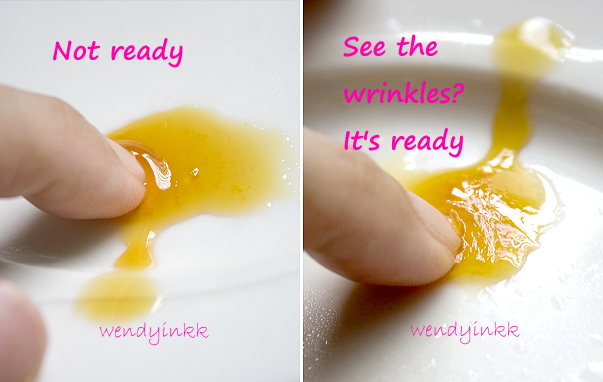 8. While the marmalade is cooking sterilize the bottles by boiling in water, then air dry them. Fill the clean jars with the super hot marmalade. Use oven mittens or other protective gear when handling these bottles.

Now you may think the marmalade is dark. I think the colour's pretty golden. The bread used here is Hokkaido Milk Loaf. My kids won't touch the marmalade. But I loved it. 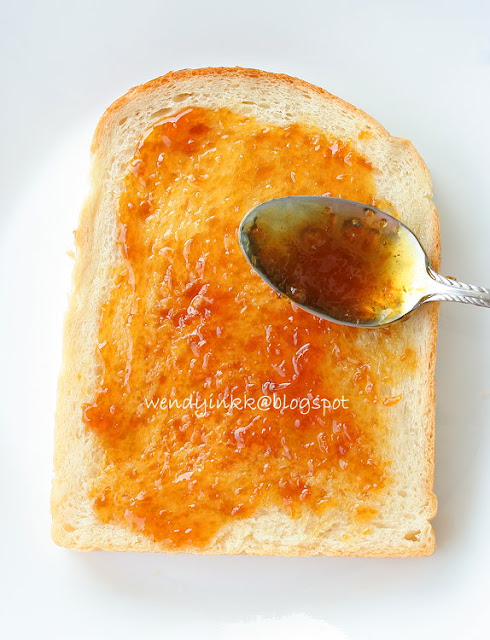