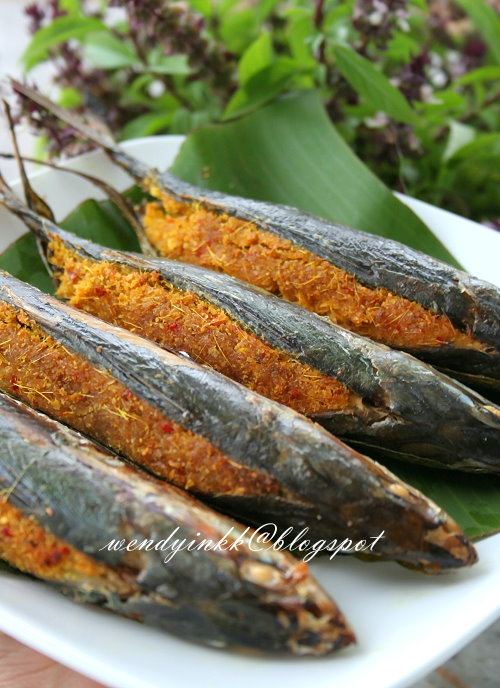 Another popular fish dish from the state of Kedah, but not so well known out of state.
I think most of us are familiar with fish stuffed with chilli sambal. This could be something new to you.

Bantut ikan literally translates as Stunted Fish. I wonder why? Is it because of after filling the fish, the fish looks fat and short? hehehe. I don't know, just guessing. 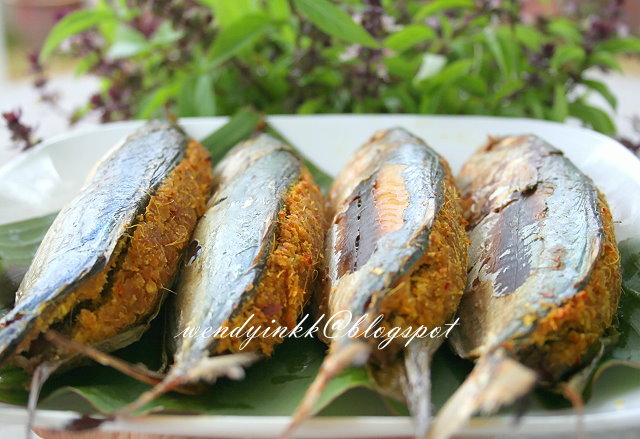 I saw this being sold at the Ramadan Bazaar near my place, and I asked the man whether this is Bantut ikan. He is actually a Chinese Muslim who married a Malay wife, so he may not be familiar with the food. He just reluctantly told me in Cantonese, it's grilled fish （烧鱼） la, can go with so many names, but it's grilled fish. I bought one and went home to try, not sure if it's Bantut ikan. It was made with torpedo scad (cencaru 硬尾鳍). The filling was white, fiery, peppery, not spiced.. Hmmm.. maybe Perak's version is different than Kedah as most of Kedah's version that I've seen is yellow with turmeric.

For this dish, the norm is to use snakehead (haruan 生鱼) and large snakeheads. But nowadays with the dwindling amount of fish in the rice fields, people have started to use other fishes. You can use torpedo scad (see here), indian mackerel (kembung) or even black pomfret (see the version here). Some choose to remove the back bone of the fish, some don't. The ingredients used varies with recipes but the general idea remains the same, as in "grilled fish stuffed with spiced coconut". Some wrap with leaves to grill, some go bare. So, it's up to you. I tried wrapping with leaves but I found the coconut smelling not that good, so I removed the leaves, and then, yeah, the fragrance is much much better. 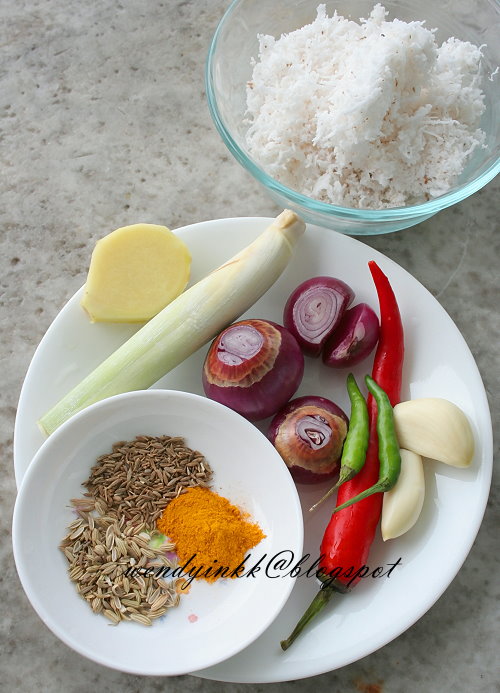 6 Kembung fish, weighing around 150-160gm each. (pls tell the fishmonger you need to stuff this fish, and they should know what to do)
Salt for sprinkling
Oil for drizzling

1. Prepare paste. Mix paste with turmeric powder, salt and grated coconut.
2. Sprinkle some salt over fish and rub. Stuff the fish with the coconut filling. Rub some oil over fish skin.
3. Bake for 200C (fan) for about 20 mins or until the fish is cooked. (time depends on size of fish) 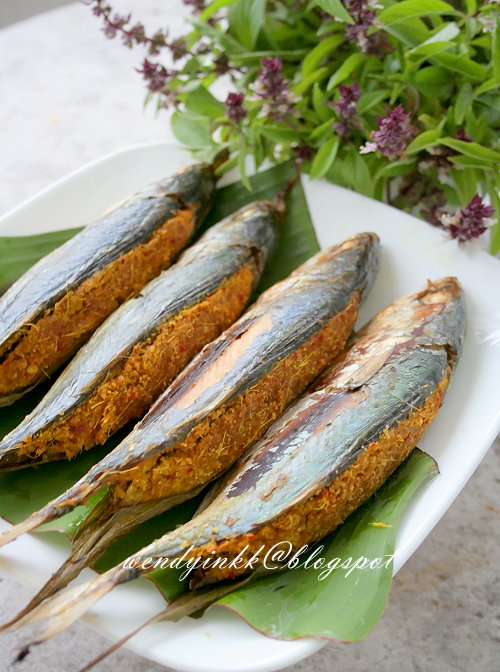 I am submitting this to MFF Kedah Perlis Month hosted by WendyinKK of Table for 2...... or More