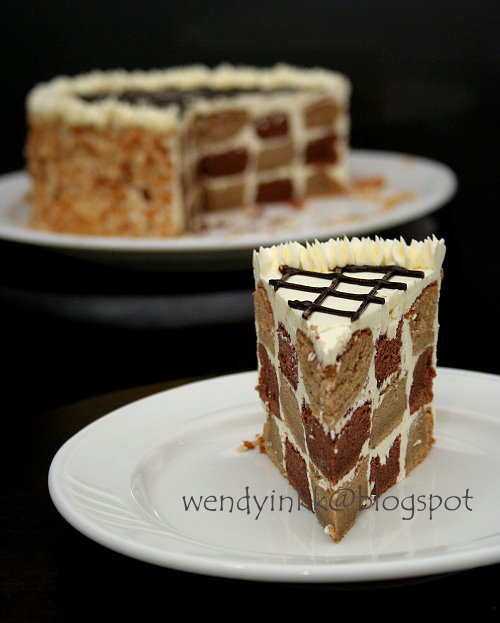 It was my hubby's birthday. Last Nov.

My hubby loves chocolate and each year, I'll think of something chocolate for him. 2011 was Chocolate Enigma Cake, 2010 was German Chocolate Cake. 2009 was..... a failed mango baked cheesecake that he told me to dump after blowing candles because it smelt and tasted like grass. And before that... nothing. 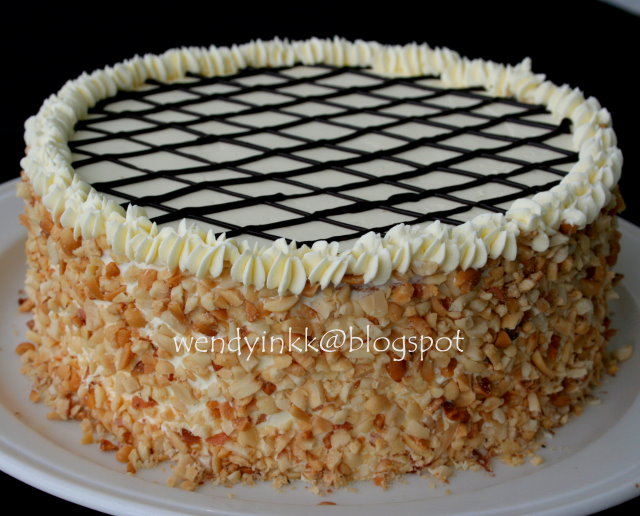 This year, he had already warned me about making "pudding" cakes for him. He wants to eat cake and cream, not jelly or lots of fruits. He wants more cake than anything else. And since I learnt how to make proper buttercream, he has never failed to express his liking for it.

And so, I planned to prepare a plain old sponge cake with buttercream, and that's it. Make it old fashioned with peanut nibs (You can't find peanut nib cakes nowadays, right? Errr.. maybe it's just me who is blind can can't see them at the bakeries). And to add to the 'old-fashioness' I'm going to make a old fashioned party spread for him. Now, how do I define old fashion. Something no longer in trend, LOL.

In those days, back in the 70's and 80's, from the pictures I saw most birthday parties seem to have a buttercream cake, with star pipings, fried chicken (or curry chicken, but kids parties were fried chicken), fried noodles, fruit (either cut up apple, oranges or watermelon, there weren't much imported fruits that time, even Kiwi was unheard of, lemons unseen), agar-agar (especially with coconut, tinted pink and cut diagonal), cordial and tidbits (peanut in shells, poured out Twisties, prawn crackers , added to crowd the table) . And that's what he had too as a small kid.

Nowadays, it's fondant cakes (or at least fresh cream cakes), western food, pastries and desserts, cake pops, fancy jellies, soft drinks in cans or packet drinks, salad, and I sure do know you will think of much more.
﻿
﻿
Haha.. look at the food, does it brings you back to all the yonder years?
At least mine.

A buttercream sponge cake can be a bit plain in view as I am not good in fancy piping, like roses or whatever. Ahhh... buttercream roses... so OF, perfect for the theme, haha! Then I thought of checkerboard cake and let's make the cake with his favourite flavours, coffee and chocolate and peanut nibs are perfect with coffee. 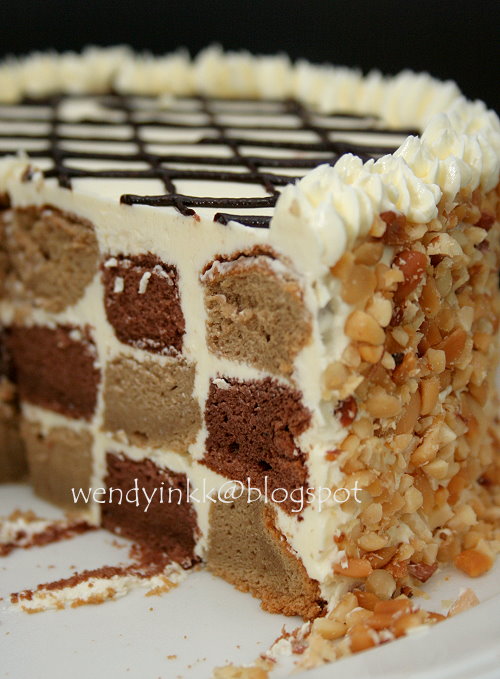 And did he love this cake, you bet! He kept on saying, "Now this is what I call cake," and he loves how the cake looks.
It totally does not look perfect when cut, but to him, it looks special enough and taste is the most important factor of all. Hahaha.

Meringue
(If you can’t bake 2 pans at once, separate this part into 2)
6 egg whites (from Grade A eggs weighing 65gm shells on)
100gm sugar
½ tsp cream of tartar

Assembly
1. Remove from pan and slice each cake into 2 layers.
2. Cut each layer into 3 rings.
3. Using buttercream as “glue”, paste the rings together, alternating the flavours.
4. Do a crumb coating with the buttercream on cake, put into freezer for 10 mins.
5. Remove from freezer and do a full frosting on cake.
6. Pat peanut nibs onto side of cake.
7. Pipe ganache onto cake.
8. Pipe stars on rim of cake.
9. Keep at room temp (if it’s going to be served soon), or chill in fridge.

*Take note that there will be an extra layer, I just ate those up. Or you can just stack another layer, but I’m lazy. 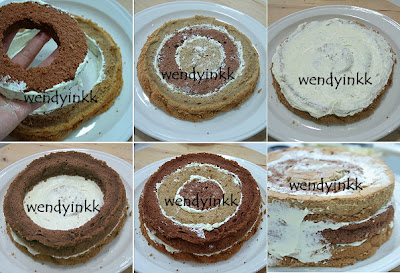 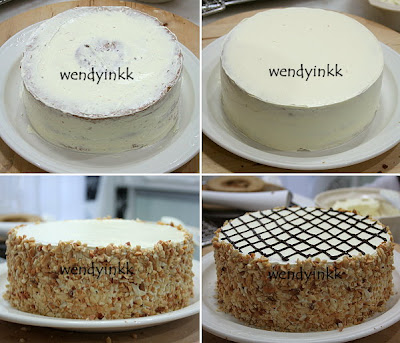 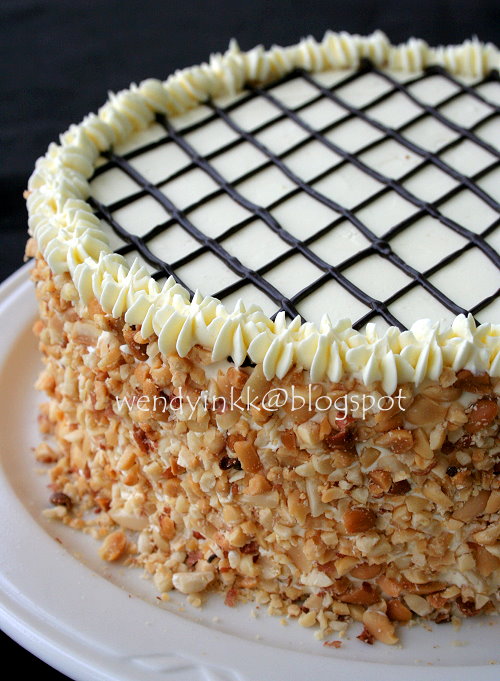 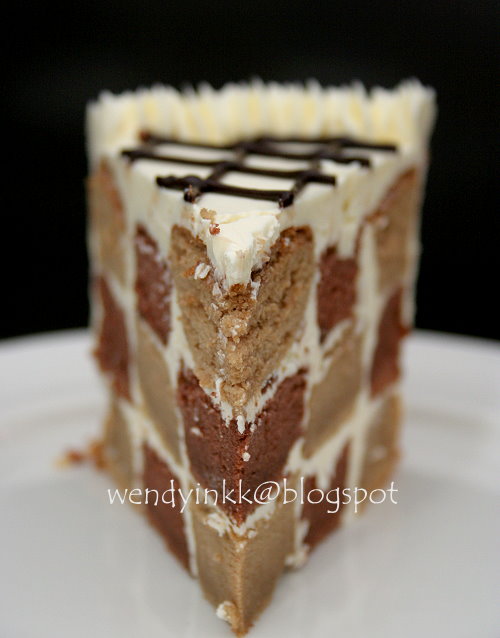 Oh yes, I'm sure many of you have always wondered, how do I cope with baking, cooking and 3 kids
﻿﻿
﻿﻿