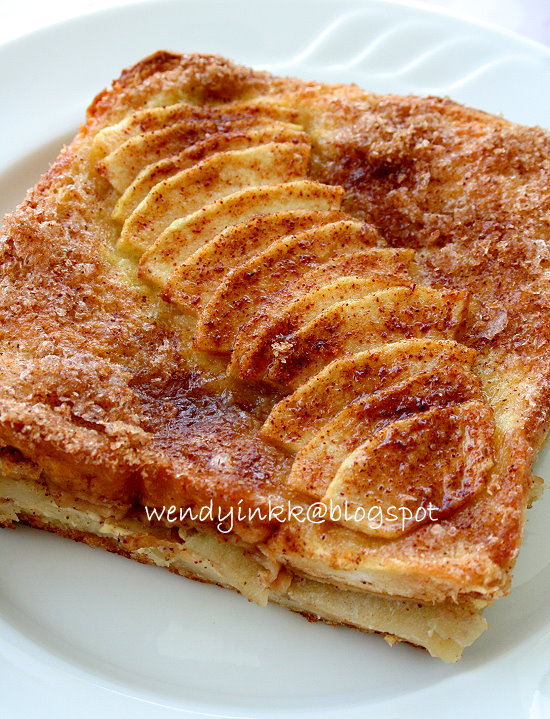 This week will be about 2 french toasts and 1 bread pudding.

So, anyone of you with a loaf of sandwich bread but don't know what to do with it, maybe you can try out this week's recipes to clear stock. 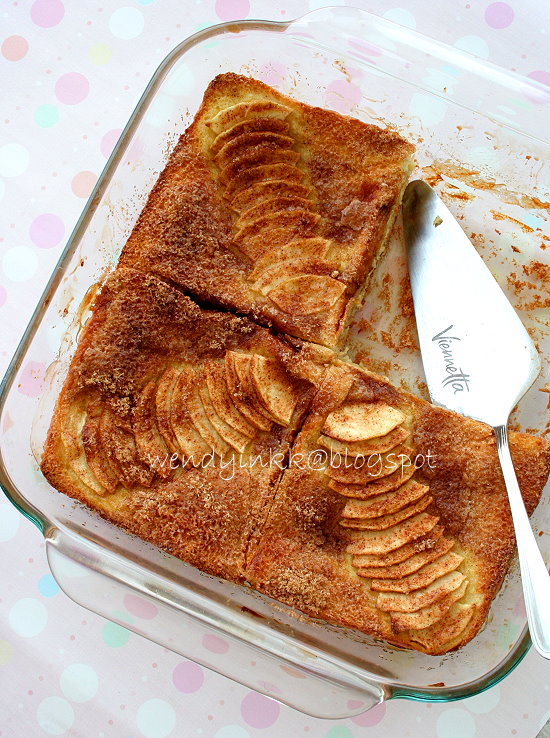 I made this for lunch with my girls. Lydia and I  walloped this up. Lyanne as usual, just gave a sniff and walked away. She doesn't eat bakes with fruit pieces, except fresh fruit pieces in cream filled cakes.

I used to hate cinnamon, but now am madly in love with it. 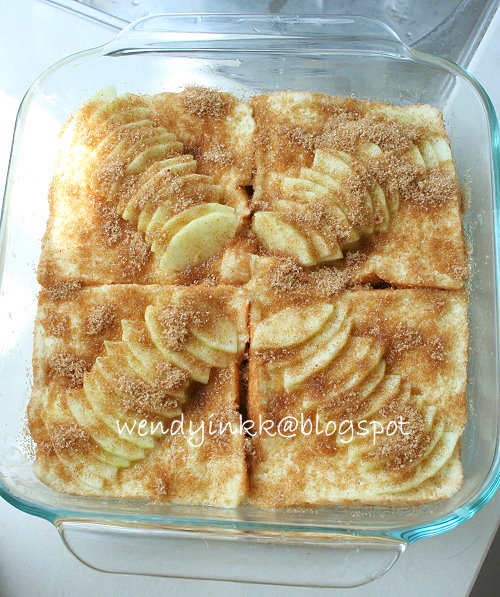 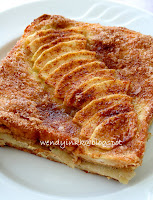 1. Beat eggs with salt. Mix with cream,milk and vanilla. Set aside.
2. Preheat oven to 180(fan)/200C. Butter an 8 inch square baking dish.
3. Combine the brown sugar with cinnamon powder. Set aside.
4. Peel the apples. Slice 1+1/4 apple for the filling, and slice 3/4 apple for topping. Place them in 2 separate containers.
5. Dip 4 slices of bread in the egg mixture(both sides) and arrange them to cover base of pan. Squish them to fit if needed. Use quick swift moves to dip the bread. Do not soak the bread
6. Toss the apples for filling with half the cinnamon sugar. Spread the apples on the bread in dish.
7. Dip the other four pieces of bread in the egg mixture and arrange them on top the apples.
8. Pour balance of egg mixture (if there still is) over the bread. Tilt dish to distribute well.
9. Arrange balance of apples on top of bread.(If lazy just toss them in) and sprinkle balance of cinnamon sugar over the apples.
10. Bake for 20-30 minutes or until puffy golden brown.
11. Let the French toast rest for 30 minutes in pan before serving (10-15 mins if you’re from a colder climate) 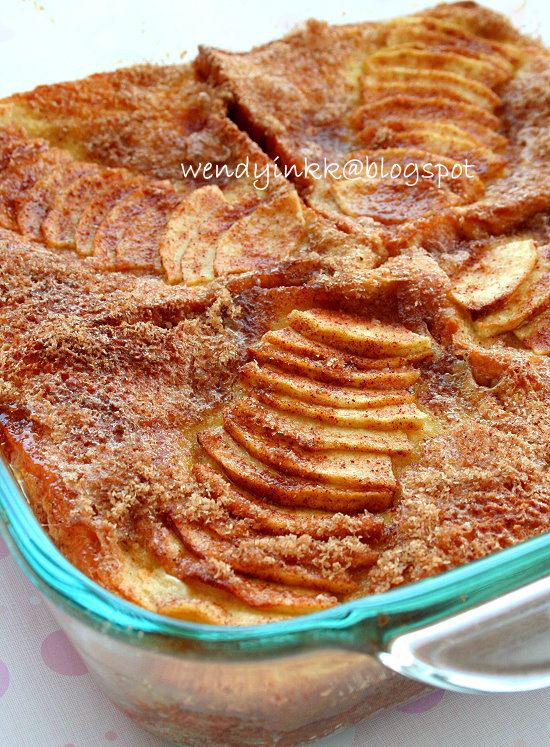 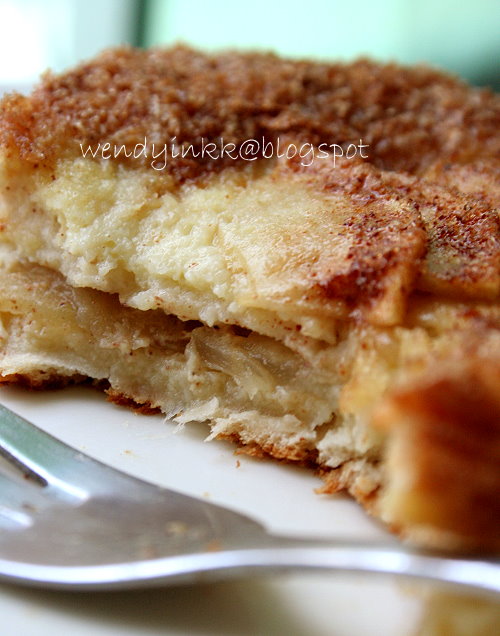 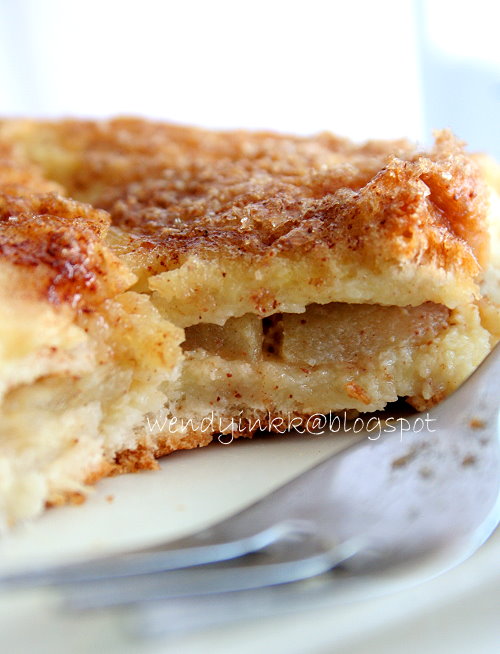