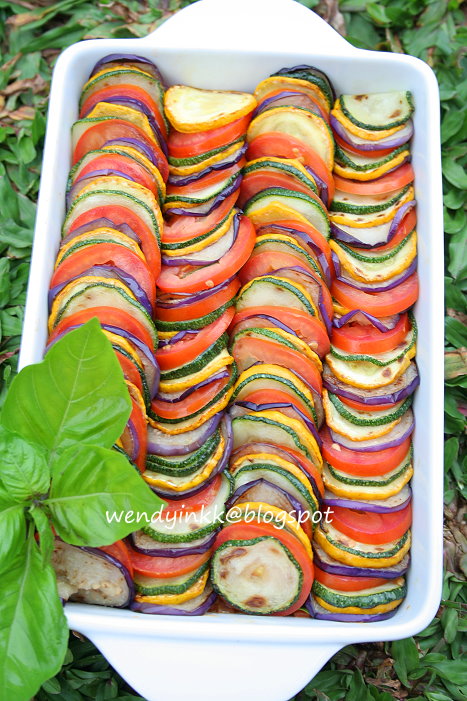 I learnt to know of this dish’s existence through… the cartoon!!! It was very pretty to look Remy (the rat) slicing the vegetables, tossing them into the baking dish, having that baked and served. Although the original version is nothing like such, but more of a pot of vegetable stew, I’m definitely more interested in making the visually more attractive dish. 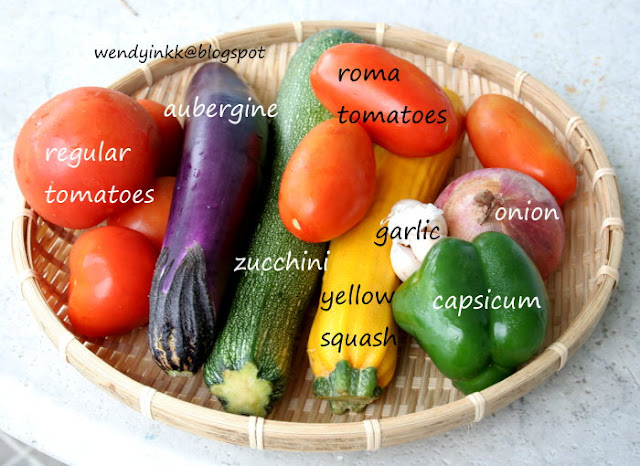 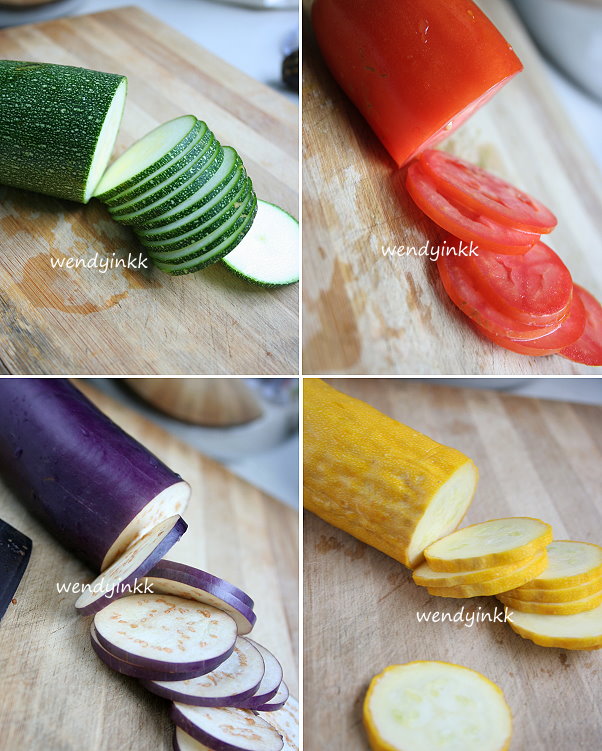 Slicing the vege is a breeze to me. It’s the searing of the vegetables that almost killed me. Being at 39 weeks, with baby Reuben sitting so low in my tummy, standing so long to sear almost each slice of vege is no easy feat. (Reuben could pop out any minute!, but now he's 10M) I sliced them thin and each vege took at least 3 panfuls to finish searing. I did 11 pans of searing. Haha! But it’s all worth it. The aroma from the seared vege is just wonderful. 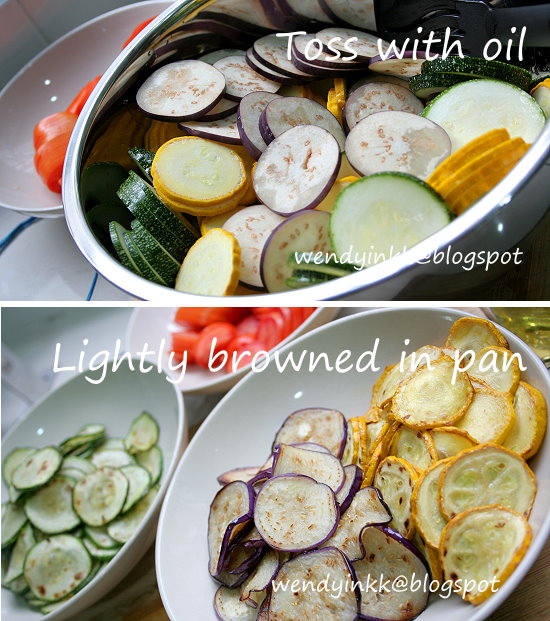 Preparation of vege:
Slice every vegetable into 2-3m thick. Put sliced aubergine, squash and zucchini into a big bowl. Pour some olive oil in and toss all the vegetables around. Heat a pan and sear the oiled vegetables.

Cooking of sauce:
After searing the vege, with the same pan, on medium heat, put in some olive oil and sauté garlic and onion until golden and fragrant. Put in chopped capsicum and cook for 1 minute. Put in chopped tomatoes and cook until softened. Add in oregano, salt and sugar. Cook until everything softens and turns thick.


Assembly:
Preheat oven to 200 (fan)/220C
Put sauce onto base of baking pan. Put basil over sauce. Arrange the 4 vege in sequence over sauce.
Bake for 15 minutes.

Verdict:
We had this with some homemade buns. I truly loved this dish, but my tomato basil hating hubby tried very hard to eat a few slices of it. My MIL and BIL enjoyed this dish a lot. The sauce was good and the seared and baked vege was just yummilicious. That is if you love squashes and those sort of stuff. The dish didn’t turn watery as the early sautéing removed some of the moisture and I really cooked the sauce thick. The extra moisture from the dish only came from the roma tomatoes that weren’t seared. The dish is still moist but not soggy, with the top fragrant from the high temperature baking. 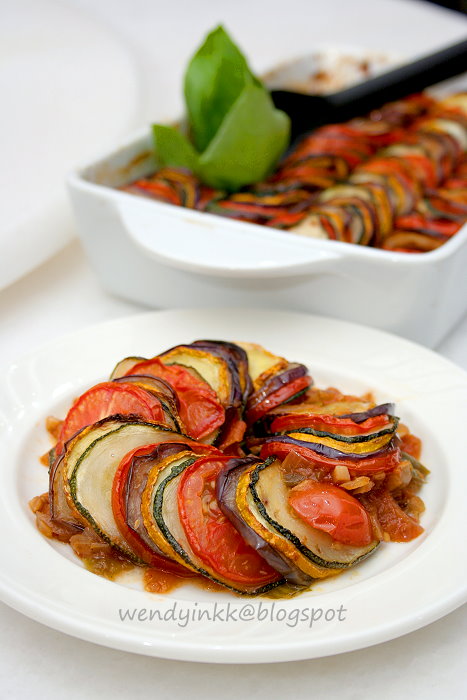