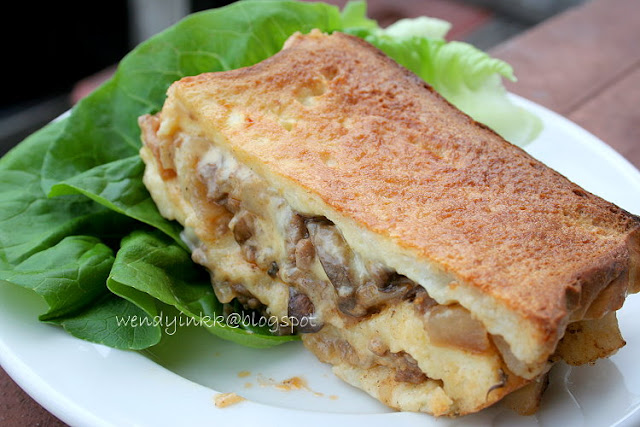 When I ate my first mouth of this……. OMG, this is good. That’s all that came into my mind.

My hubby went ummmm, Lydia gave me a big thumbs up and a very wide smile, Lyanne said nice, nice nice, my MIL quickly asked me the recipe, Mike’s aunt said tasted very delicious, my BIL quickly savoured his first piece and took seconds and thirds, too busy to say anything but to eat. Hahaha!!

At the end of the meal, we all felt satisfied, very satisfied. The kind of feeling that you’ll get after a good meal. 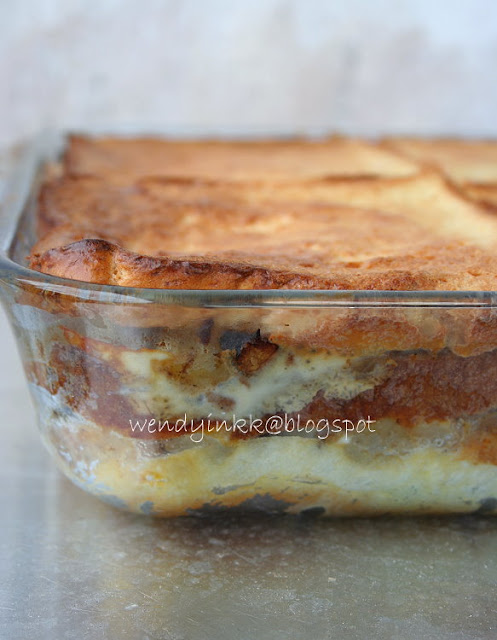 Thanks Deliah for this recipe. Although I adapted much of her version, the recipe idea is still hers. I made the pie on impulse and used up whatever I could find in my fridge.

According to The Free Dictionary
Adapt:- To make suitable to or fit for a specific use or situation.
Adaptation- Something, such as a device or mechanism, that is changed or changes so as to become suitable to a new or special application or situation

My adaptations include :
1. Switching milk with cream for the bread (haha! Super cream lover)
2. Switching peas with fresh mushrooms
3. Switching tomatoes with ketchup because I didn’t have any tomatoes on hand.
4. Using oregano instead of mixed spices.
5. Boiled my potatoes first instead of cooking together with the beef because I want to cut short the cooking time.

*When I credit my recipe source with the word "adapted", it means, I have made adaptations, as in changes to suit my situation. If you took any recipe just as it is, adapted is not a suitable word. Just my 2 cents, sorry about that. 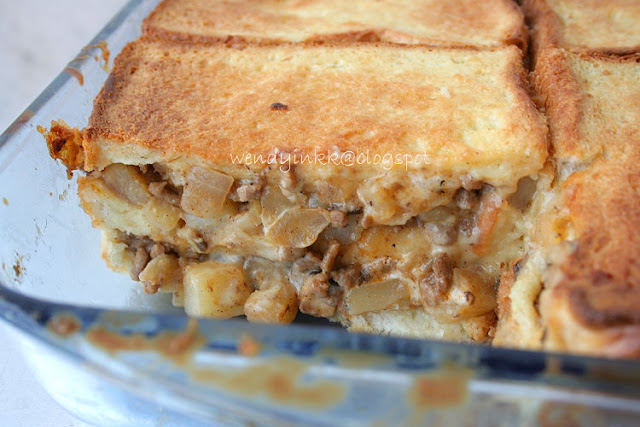 The rest are pretty much the same, except for the amounts used, jack up a bit here and there, reduce here and there. Basically, the general idea is still similar.

Bread layer
18 slices of squarish sandwich bread (Gardenia, because it's thinner, the older the better)
4 large eggs (1 cup)
1/3 tsp salt
200ml whipping cream (or you can use half cream half milk or all milk, whatever it is, just make sure the liquid is about the same amount as the egg)
50ml water (you can use milk or cream as well, but I used this to rinse the measuring cup : P)

Preparing the Filling
1. Bring a saucepan of water to boil. Meanwhile, peel and cube potatoes into 1cm cubes. Boil potatoes for 5 minutes on medium low heat until cooked but not mushy. Drain and set aside.
2. While the potato is cooking, chop onions, garlic and button mushrooms.
3. Heat a wok/pan and put in 2 Tbsp of cooking oil. Put in onions and garlic and sauté until soft.
4. Put in minced beef and oregano. Cook until it almost dries up.
5. Put in chopped mushrooms and cook for 2 minutes or until softened and it seems to release water.
6. Put in ketchup and salt and drained potatoes. Mix it all around, turn off the heat and set aside.

Assembly
1. Preheat oven to 200 (fan)/220C. Butter a 9X13inch baking dish.
2. Beat eggs with salt until disintegrated, it won’t take long. Combine with cream and water (or milk if preferred)
3. Dip one piece of bread into eggs and arrange on pan (Do not soak the bread, but use quick swift moves. I like to use the end pieces to line the base). Fill the base with 6 pieces of bread, squishing them to fit if necessary.
4. Spread half of the filling over dipped bread and spread around. Tear 3 pieces of cheddar into smallish pieces and distribute them evenly over the spread out filling.
5. Repeat dipping of bread and arrangement and spreading of filling and cheese
6. Dip the final 6 pieces of bread and arrange them over the filling. Pour extra egg mixture over the bread if there is extra.
7. Bake for 15 minutes or until golden brown.
8. Let pie rest for 15 minutes before cutting. 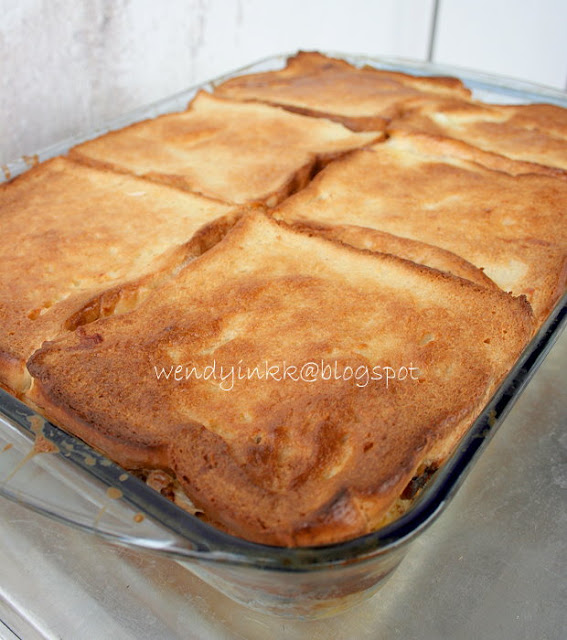 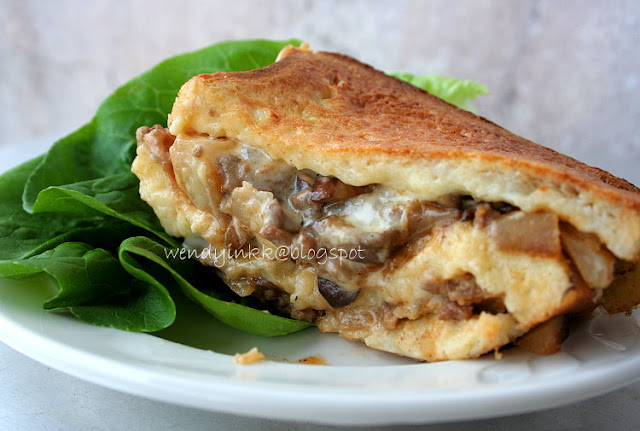