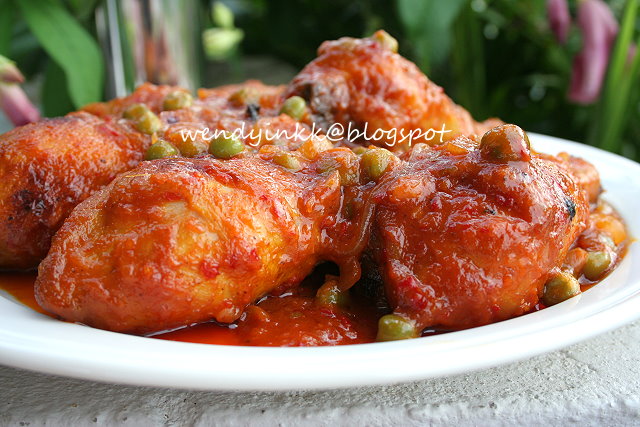 When I was a kid, there was a nasi lemak stand operating across the road from our family's coffee stall. That was my first encounter with Ayam Masak Merah. The abang only sold each piece of chicken for 80 cents(25 years ago). I wonder how he makes money out of it, whereas regular fried chicken were at least RM1 per piece that time. 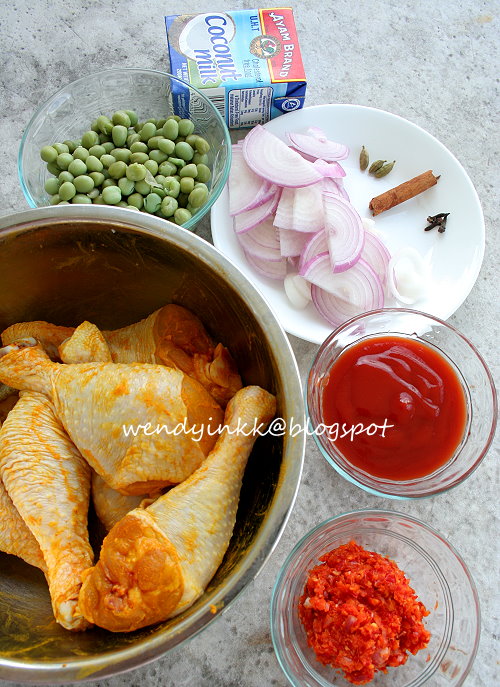 When the local council made all of us move to a new area, this abang managed to get a lot just a short distance from us. Glad that we are still near to each other. But for him, business is longer as brisk as he has lost the morning kids who bought from him on the way to school.

To me, his version seemed to be my first love of Ayam Masak Merah, may not be the best, but it's unforgettable. The most memorable times was when I bit into those cardamom pods.. hahaha! 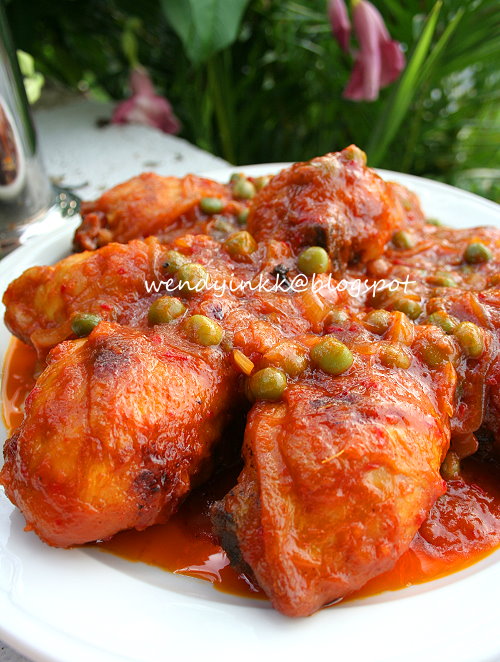 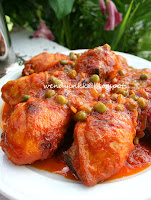 1. Marinate chicken with salt, turmeric and pepper for at least 30 minutes.
2. Mill shallots, ginger, garlic and chilli.
3. Heat wok and put in ½ cup of oil. Pan fry chicken pieces until the skin turns golden. Dish up. It’s ok if the chicken is not cooked thoroughly and still oozes some blood.
4. Pour away some of the oil, leaving behind about 2-3 Tbsp of oil.
5. Saute the milled ingredients on medium heat until it looks glossy, put in dry spices and sliced onion and continue to sauté until the onions looks translucent and wilts.
6. Put in the rest of the ingredients, except peas. Return chicken into the wok to cook until the gravy reduces to preferred amount.
7. Put in green peas and let it cook for a while. Dish up and serve. 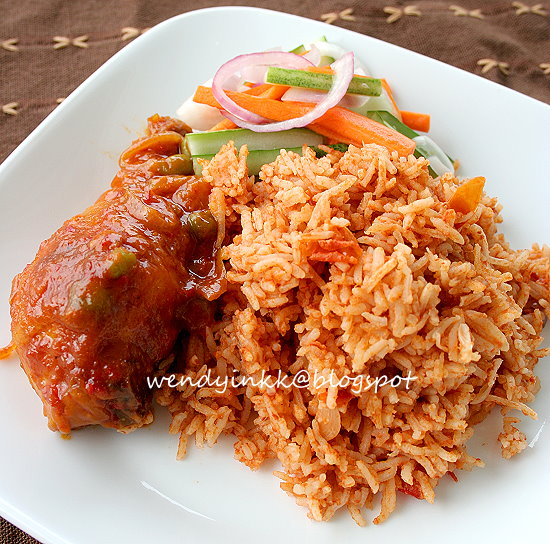 Ayam Masak Merah with Nasi Tomato
Posted by WendyinKK at 11:03 AM