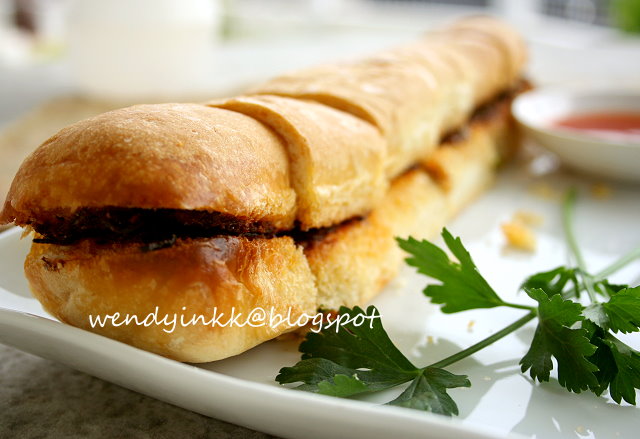 I'm not sure if the person who invented this is named John because there's no information at all on the internet about its origins. Even though we do not know where this toast evolved from, it's a known fact that it's really popular in Melaka, especially in Pantai Puteri,Tanjung Kling, Melaka. Read Vkeong's review on Barkat's Roti John. GPS information is included. 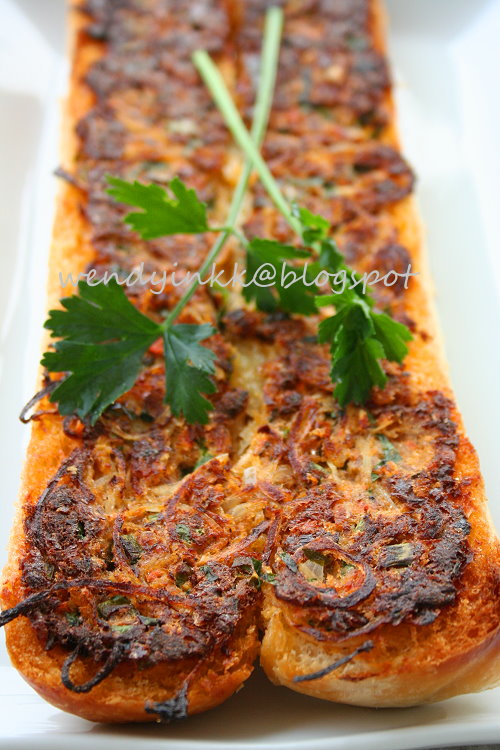 I had roti john once at Barkat, and that was more than 12 years ago. (Patricia TanPS, you were with me!) We were so stuffed from all the food we had through out the day, that when it came to late night supper at Barkat, I could no longer taste the food as I should. You know, when one is full, it's hard to appreciate whatever you put into the mouth. But I do remember it smelled pretty awesome.

Now, I know that roti john is everywhere in Malaysia or Singapore. But there is something special about the version in Melaka, that is, it's served without mayonnaise, cucumber or any other stuff except a dipping chilli sauce. The filling itself is vibrant enough to stand on its own. The secret? Fried anchovies! The fried anchovies lend a special fragrance to the filling, of which is totally different from the pasar malam (night market) versions that you can get. 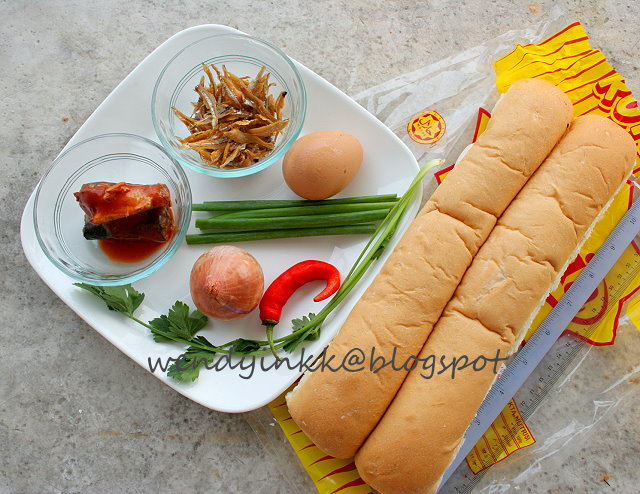 I managed to get some foot long buns from the mini market nearby and hmmm........ 1ft long. I don't think my pans can fit them. It's ok if you want to cut it up and fry on the pan, but my itchy butt just don't want to do that. I might as well get smaller buns, right? So, I decided to fry them in the oven! Woahahahaha! Ingenius, right? *Excuse my self praise* It's totally ok if you want to use smaller buns, but this crazy woman in me just wants to be as close as possible to the real thing. 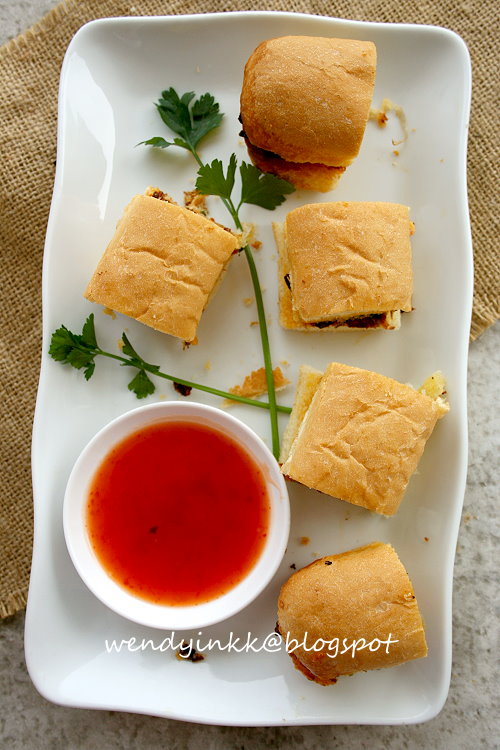 1. Grease a baking tray with oil. Put into oven, on the lowest rack and preheat at 200C, bottom heat only.
2. Coarsely blitz anchovies and chilli. Combine with the rest of the filling ingredients.
3. Split the bun and spread the filling onto it. Top with some thin butter slices.
4. Place bun, filling side down into hot baking tray and bake until it smells good, about 5-7 minutes.
5. Slice roti john and serve with chilli dipping sauce. 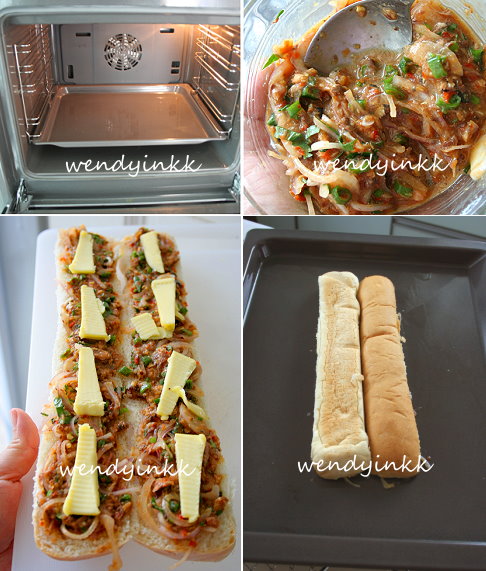 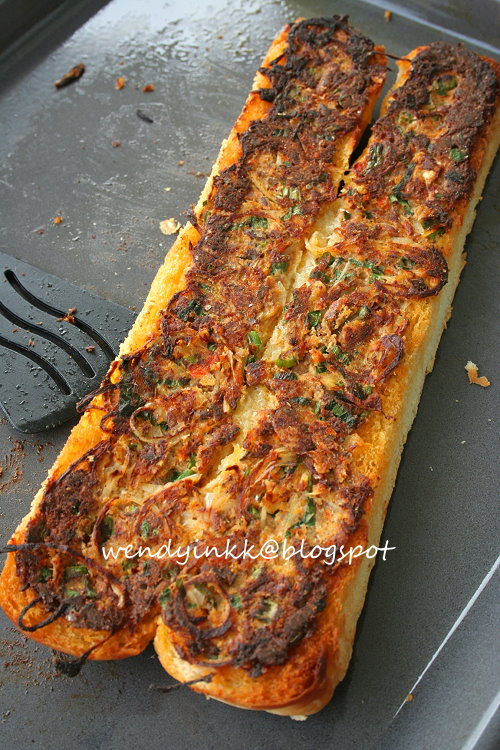 Posted by WendyinKK at 9:45 AM

Email ThisBlogThis!Share to TwitterShare to FacebookShare to Pinterest
Labels: Bread n buns, bread-toastburgersandwiches, From the net