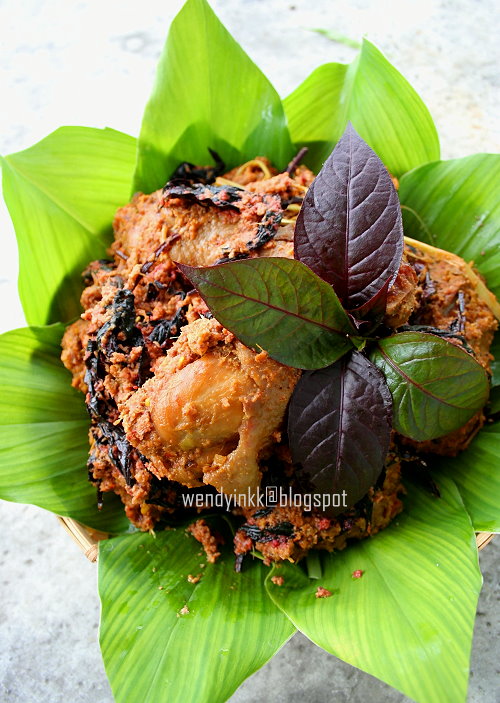 I just made this few days back because after I discovered this leaf was available at my neighbour's I wasn't free to try it out, because I had to get an old hen. The local lingo calls it "Pensioned Chicken" because it has retired from its egg laying job.

I think most of you may not be familiar with the puding leaf. Generally, in Malaysia the puding plant is  the garden croton. When I first posted that I found the puding leaf on Facebook, I was asked questions whether I was refering to the garden croton. But in Negeri Sembilan, puding plant is not, it is a magenta leafed plant that is from the same family as edible Amaranth (Yeen choy, Bayam). Some do plant it for ornamental purposes because of the colour contrast it gives to the landscape. This puding plant is used to cook rendang, some dish that  you can only find in this state 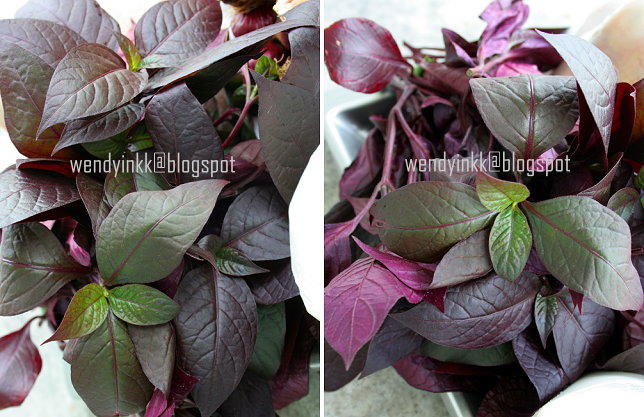 This rendang uses a lot of lemongrass. Depending on which recipe one refers to, some call for 10, some 7 pieces of lemongrass. But of the few I saw, it was between 7-10 pieces for 1 pensioned chicken. Galangal was also heavier than the regular chicken rendang recipes. Coconut was also more liberally used. Rendang made with regular market chicken needs less than 1 hour to cook, but this... this old chicken, I cooked it for 2.5 hours for it to be tender. But then again, the meat texture has more 'substance' so, it's worth the time. Flavour is also better. That's why the Chinese uses this type of chicken to boil soups, it can endure all the simmering to bring out the wonderful flavours. 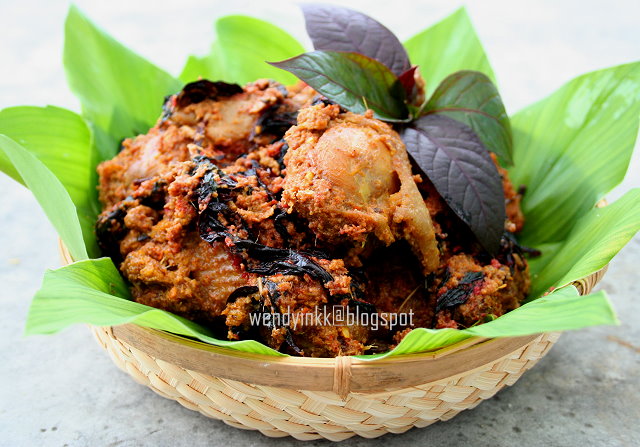 I made one mistake with this dish, I made it too dry. Before I added all the puding leaves in, I cooked 2 pieces of it while the rendang was still simmering with a lot of liquids. It tasted like goji leaves, the type that we use to make goji leaf soup. I have tried cooking goji leaves in other manner and they always turn out undesirable because the texture of the leaf changes. It turns chewy and dry.
The same thing happened with the puding leaves. They turned chewy when I added them in when the rendang turned dry. BIG MISTAKE! It didn't taste the same like when I cooked the 2 pieces earlier. Those 2 pieces were delicious!

Lesson learnt and I shall not repeat it.

I also found out my fav coconut milk stall at the market makes their own kerisik. Usually I don't buy because I worry that it's rancid. This stall, their coconut milk lasts longer than 24 hours chilled, sometimes I keep 2 days and it's still ok. Usually non treated coconut milk spoils pretty quickly, some within hours (even when chilled). It all depends on hygiene during preparation and how they are kept. So, if their milk is so long lasting.... I think I can buy some fragrant kerisik from them. 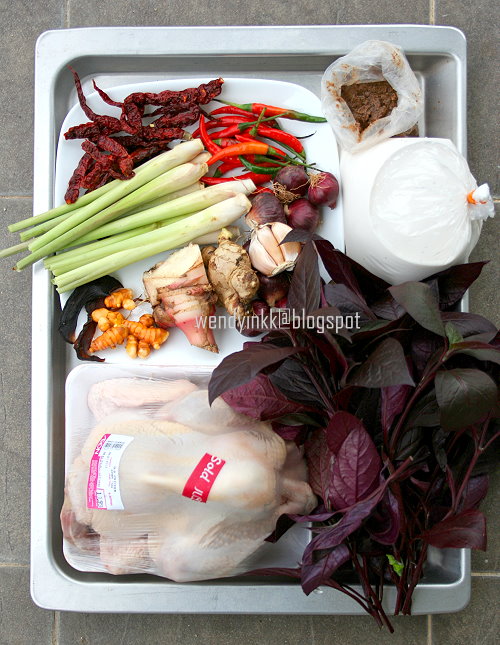 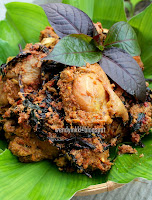 1. Chop old hen into large pieces. Bring 2 cups of water + asam gelugor+bruised lemongrass to boil and put in chicken pieces. Bring back to a boil and lower to a simmer.
2. Prepare paste ingredients as the chicken simmers. Blend everything to a paste. And pour it onto the simmering chicken.
3. Bring the pot back to a boil and lower to simmer for 2 hours. Lid on.
4. Put in coconut milk and salt. Use medium heat and reduce the gravy until it’s like thick soup.
5. Put in kerisik and puding leaves, gently stir and let it wilts. Cook until desired dryness. 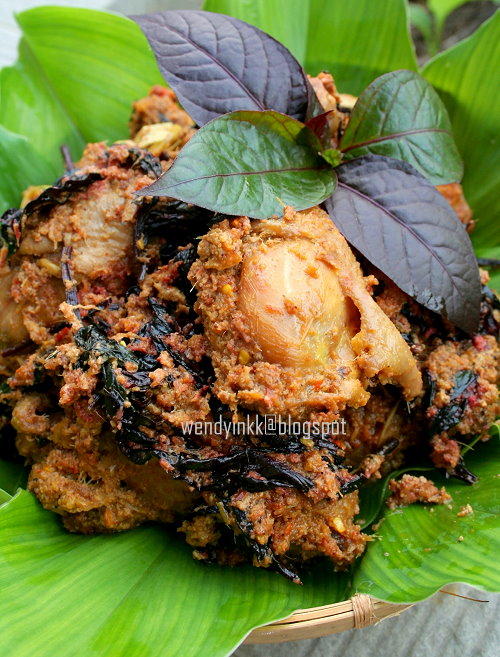