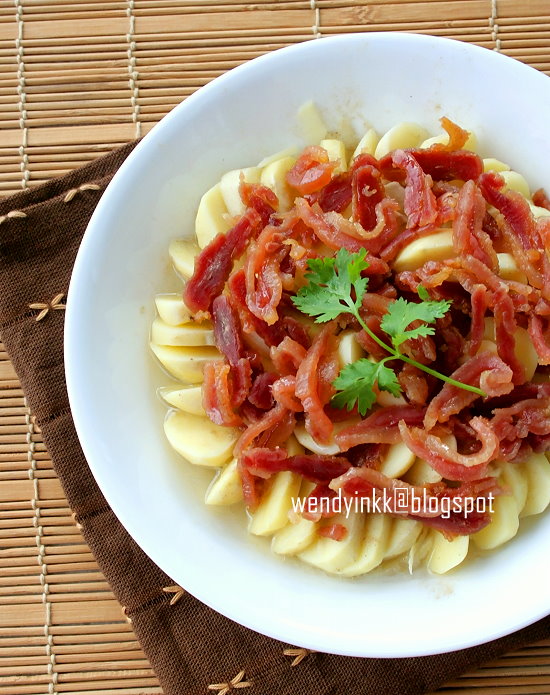 3 years back, when I did my arrowhead chips post, I did say I want to do a few recipes using Arrowheads.
Finally I did it this year :) I'm a slow blogger, LOL. Very slow.

This is a dish introduced to me by my “ 3 Kow Mou”, the wife of my mother’s 3rd brother. That's how we call them in Cantonese. 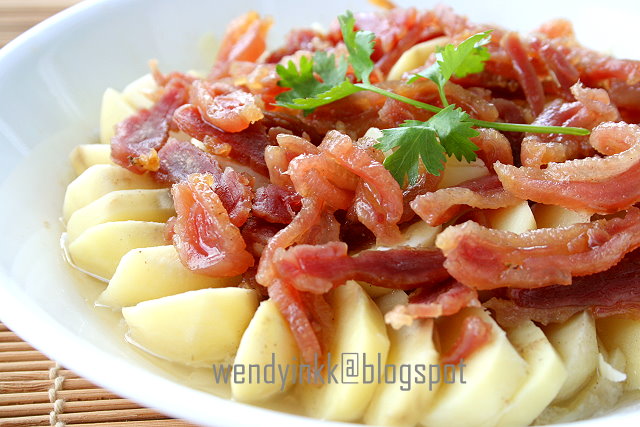 Each year, we will be back to my maternal grandparents home for every first day of Chinese New Year and it was the day I always look forward to each year. Because on this day, I will be like a dog, free from the leash. LOL. I could just go anywhere with my cousins, my mom won’t ask, won’t nag. I could play sparklers all day long, finish my angpow money buying more sparklers and mom won’t say a word. LOL. And all the sparklers will only be played at my maternal grandparents home. Once I go home…. That will be history until next year CNY. But that was only when I was still a child.

After my dad passed away, we no longer went back for Chinese New Year. My mom doesn’t drive, and my mom is too distraught to travel, fearing questions and of her own teary response. It was until few years later that we went back again… but I was no longer the child I once was. No sparklers and no running around like a free canine. But one thing I really looked forward to was the dinner. I love to eat the things that my kow mous cook (I have 8!)

For dinner that day, my 3 Kow Mou made this dish that made me eat and eat and eat. Taking one piece after another, trying to guess what it was. I totally had no idea, but yet it was good. (My brothers were indifferent to it) It tasted crunchy, but yet a bit floury like potatoes, but tasted better than those spuds. Subtly sweet, naturally, and not sugary sweet. I had no idea what was I eating and I was actually shocked when told it was arrowheads. I only ate arrowhead chips before, but never, never in a savoury dish. 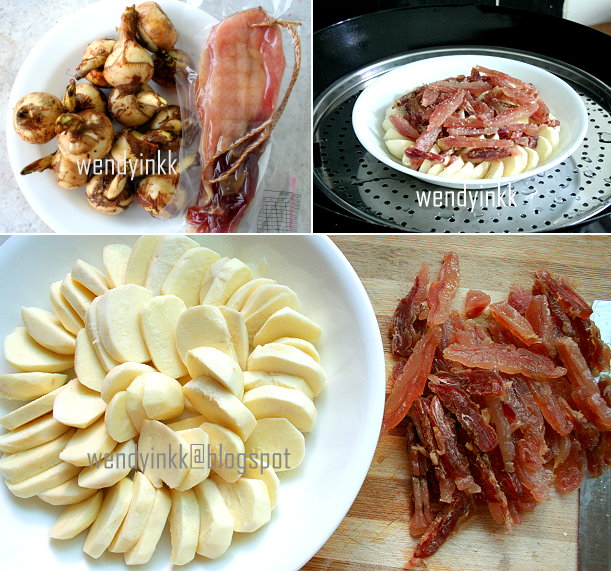 This time I called my mom before I attempted this again, but with a waxed duck breast as it should be easier to handle. Mom said, rinse it with boiling water, if not it’ll smell waxy. Ah-Ha! And true enough, it didn’t smell waxy after that. My MIL was also surprised that it actually tasted good with no unpleasant smell (she dislikes the waxy smell too). My husband walloped all the waxed duck slices but barely touched the arrowheads. Saying they were bland and tasted funny. So, this dish is pretty much subjective. My MIL and I loved this, but was not well received by my hubby and BIL. Both men said the arrowheads tasted weird. Maybe they were confused with the crunchy but yet floury mouth feel. 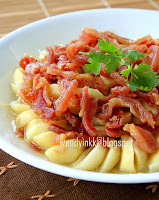 Recipe by: WendyinKK
Tasted and recreated from : My 3kowmou

1. Place duck in a deep bowl/basin. Pour boiling water over waxed duck. Let it sit for 1 minute. Remove from hot water and let it cool down.
2. Peel and slice arrowheads into thick slices. Arrange on a deep steaming plate.
3. Slice waxed duck breast into thin slices. Arrange on top of sliced arrowheads
4. Sprinkle sugar and pepper over the sliced duck.
5. If steaming on a wok/steamer, put in water. (If rice cooker then no need to put water)
6. Steam on for 15 minutes on medium heat. 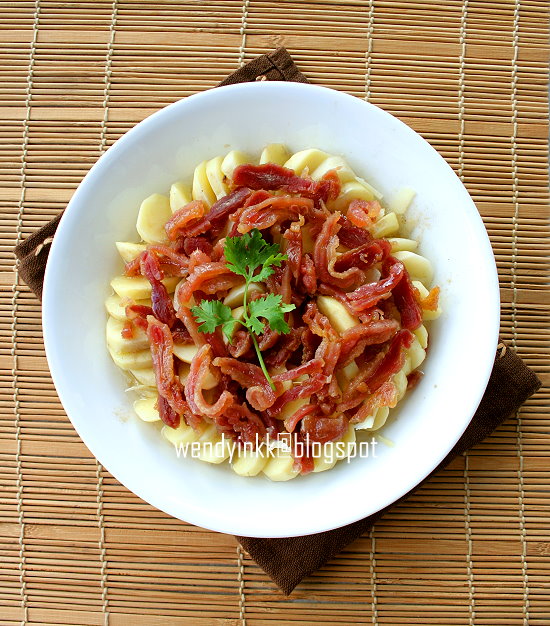