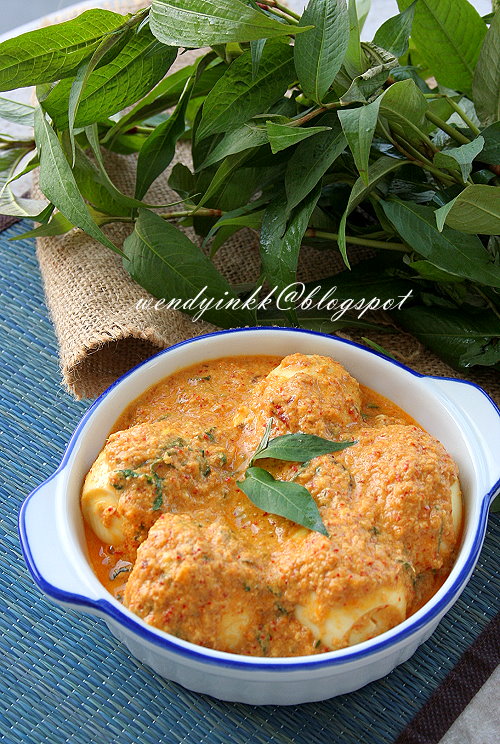 This is a dish of the Peranakans in Kelantan.

Yes, peranakans are not only found in Penang, Melaka and Singapore, but in Kelantan as well. They are so assimilated that even their names are Malay names, except that they retained their Chinese family name. There aren’t many and they aren’t as well known as their fellow counterparts. 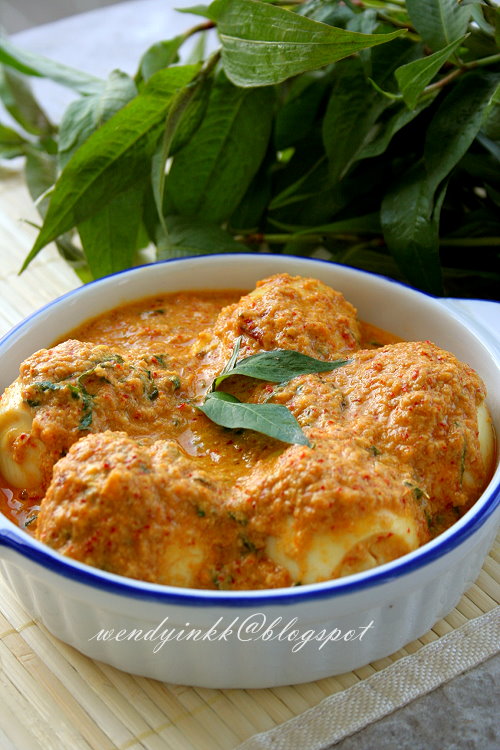 1. Hungryyc has a recipe for Kelantan Peranakan Chicken Kerabu (I don't know what happened but the original link wasn't working, This is the cached link)
2. Revolusi Malaysia
3 UKM reserach paper
4. Ezzad Photographer
5. Just My Thots

The star of this dish, is not the hard boiled eggs, it’s the gravy. It looks thick, but not thickened with flour or starch, but with egg. It’s rather quick and easy, and the taste is absolutely delish. The flavour of the Vietnamese mint made it special. My MIL wondered if we can use chicken with this sauce. LOL. 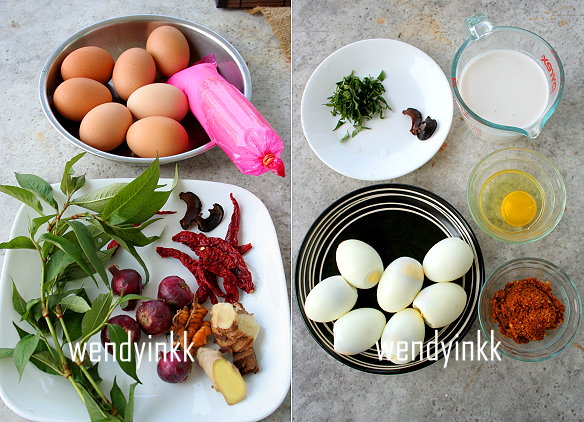 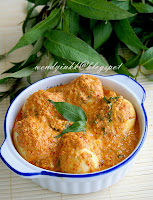 1. Heat wok on medium heat and put in oil, saute the paste until fragrant, takes 1-2 minute.
2. Put in water, asam, snipped polygonum and coconut milk. Bring it to a boil and reduce to low heat. Then put in egg (raw)and quickly but gently stir it around. Let the gravy simmer for 5 minutes.
3. Meanwhile, poke each hardboiled egg all the way through with toothpicks or chop sticks.
4. Put in hard boiled eggs and sugar. Let it simmer for another 5 minutes on low heat.
5. Season with fish sauce.
6. Dish up and serve. 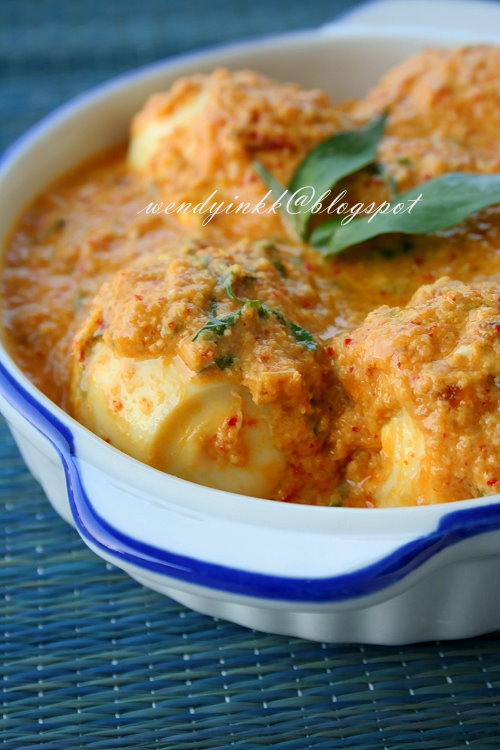