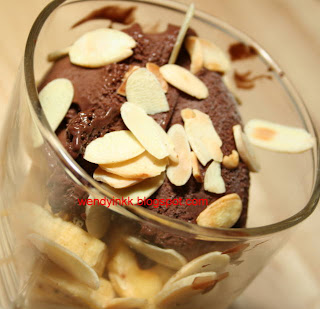 This is my first attempt at making ice cream.
Went thru a few sites to get an idea. Most recipes I found online needed an ice cream maker to make ice cream, but not many Malaysians have it in their homes. I'm one of those that don't have one. So, I tried to do it with just a whisk and a hand held mixer.
My brothers commented," This tastes like melted chocolate... too rich...."
My hub said," Very nice, but not more than 2 scoops at one go, very 'geng' "
Well, if u're not fan of rich chocolate ice cream, just cut down on the cocoa powder and sugar.
This is a "no maker" recipe. As long as u have a whisk as a minimum requirement.
I didn't make it according to recipes found online. This is my personal preference of proportions. 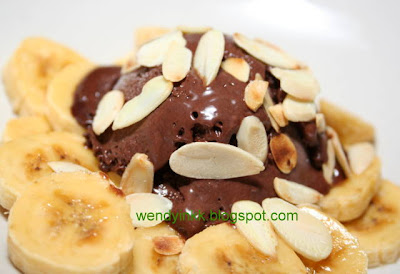 5. Return the cocoa custard mixture to the fire and cook with a low fire, stirring continuously until custard turns dark and glossy. Turn off fire. Stir in vanilla essense.
6. Leave cocoa custard to cool down. 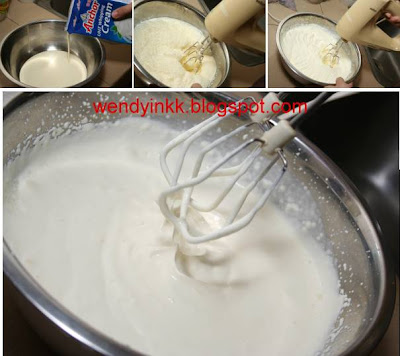 7. Pour whipping cream into a large mixing bowl and whip until soft peaks form. Whipping cream would have doubled up by now. 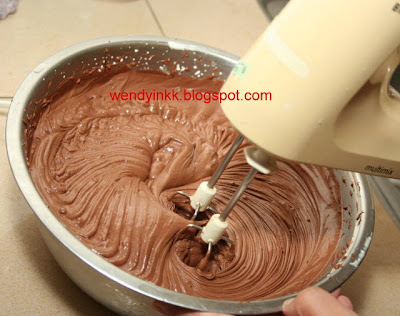 11. Take ice cream out from freezer every half an hour to give it a good whizz. 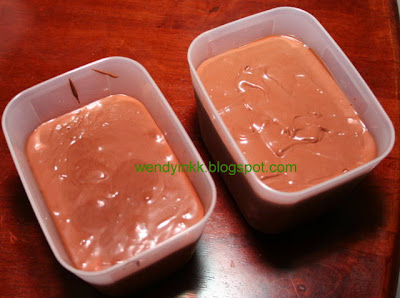 12. After a few whizzes, transfer ice cream to freezer containers. I use Tupperware's Freezermates.
13. Freeze until firm.
Serving suggestion: 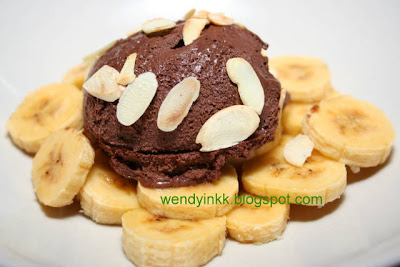 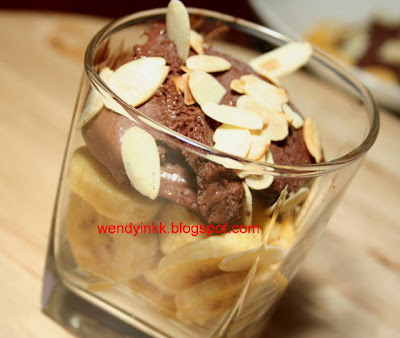 Here's how it looks after being scooped... 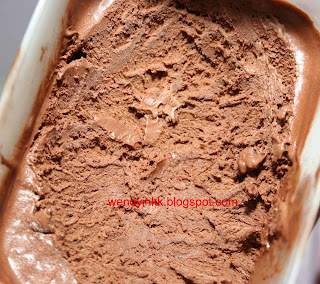 Posted by WendyinKK at 7:28 PM