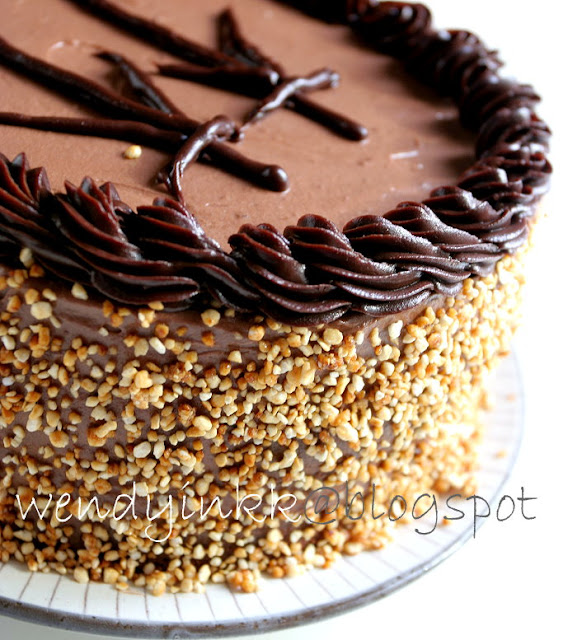 I made this cake for my brother in law few weeks back. It was a surprise cake for him..

I knew he likes chocolate and I had some nice Dole bananas at home. So, I quickly made chocolate ganache and kept it chilled while I baked the sponge. Then I had to wait for the cake to cool down totally before filling it. When it was cool enough, I whipped half the ganache to lighten it and then quickly filled the cake with the whipped ganache and some sliced bananas.

Then I found that I don't have enough whipped ganache for the covering. I then remembered I had a bag of croquants, then I covered the sides with it, and used the unwhipped ganache to make decorative swirls around the cake, which was hedious, because the ganache was rather too firm.

The Chinese name for my BIL was badly done, I piped a few layers for the words as some parts were thicker, some parts thinner. Well, after everything was done, I quickly popped it into the freezer for a while before I photographed it. Then popped it back into the freezer until dinner time. It was already 5.30pm!!! 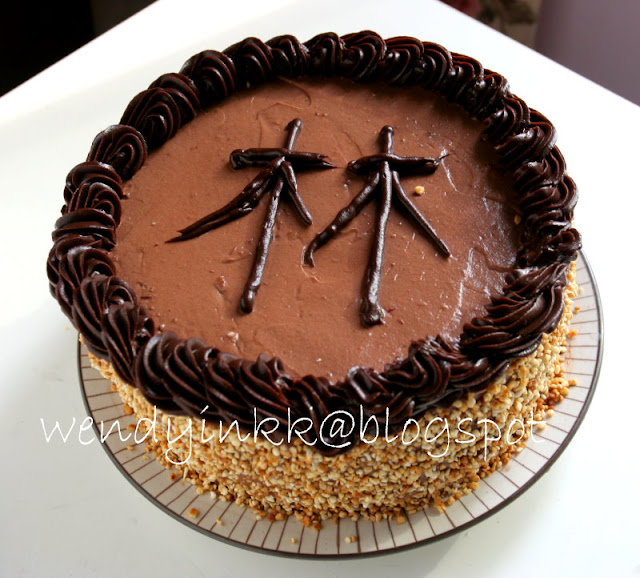 Dinner time. My brother in law didn't suspect anything. Dinner went on as usual at a restaurant. Well, we eat out often, so there was nothing special about that. But at the end of it, the cake came out and he was delighted!!!!! Lydia was thinking of blowing candles, but then we told her, no, it's Jik Jik's cake (Jik Jik means uncle, younger brother of father in Hokkien, a Chinese dialect)


Everybody enjoyed the cake, especially my MIL, she said it's her first time eating a fresh banana cake.
My FIL didn't eat much that night, because he was full, eventhough I have warned everybody about dessert, but the next day, he was searching for the cake, ahahah!!!! But he came slightly too late. The cake was finished just before he asked. 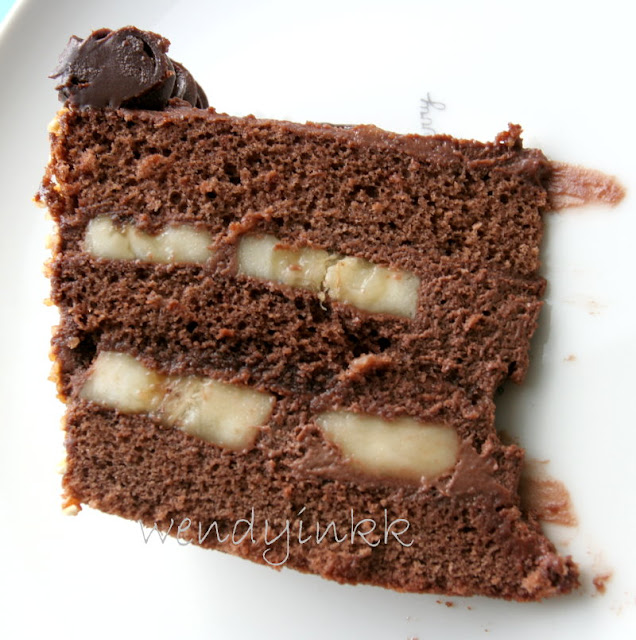 I did some mistakes with this cake.... the sponge wasn't dark enough. Maybe I didn't use cocoa powder, but used melted chocolate for the sponge. The whipped ganache filling wasn't discernable visually, but looked absolutely homogenous with the sponge. Sigh.... but nontheless, everybody enjoyed the cake.

With the next shot, the filling is slightly discernable from the cake 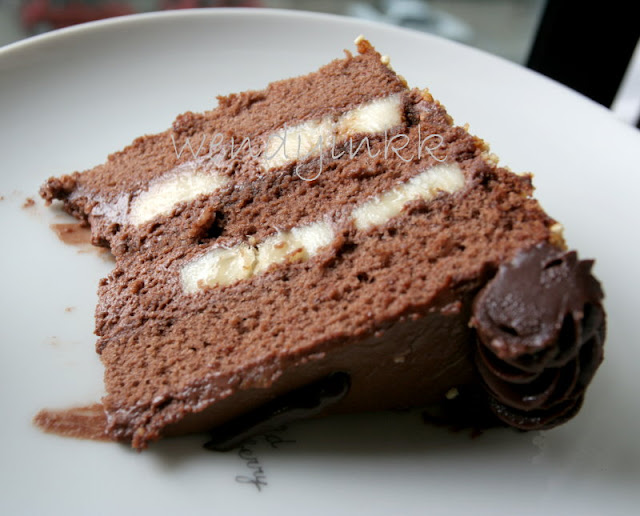 I will make this cake again, if ever it gets requested, and I will definately not do the same sponge again.
Posted by WendyinKK at 11:16 AM