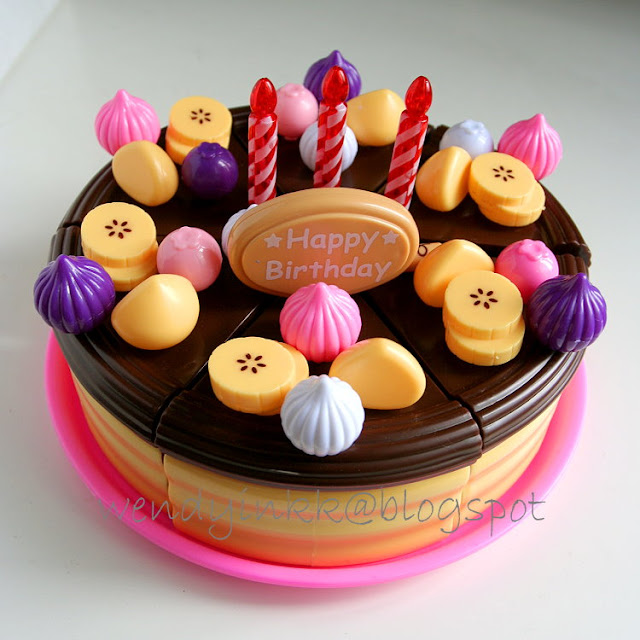 I'm sure you all would want to know what cake I made for Lydia.
This is it. Pretty??? 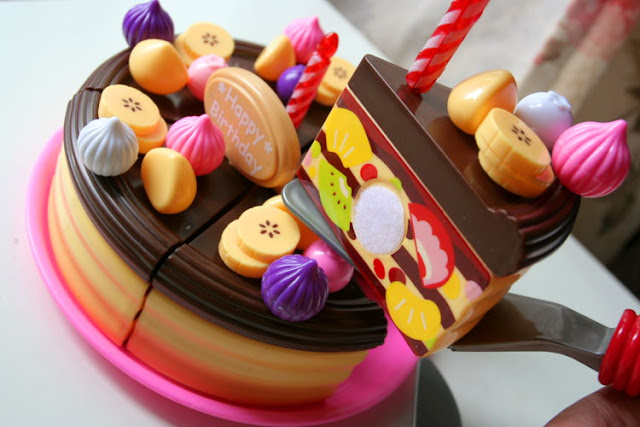 
Hahahaha!!! No, that isn't the cake I made her, but a present from her cousins, Hannah and Joanna.
I made her 2 cakes, so, let's see them.

Celebration no.1
First cake on her actual day, 28th. 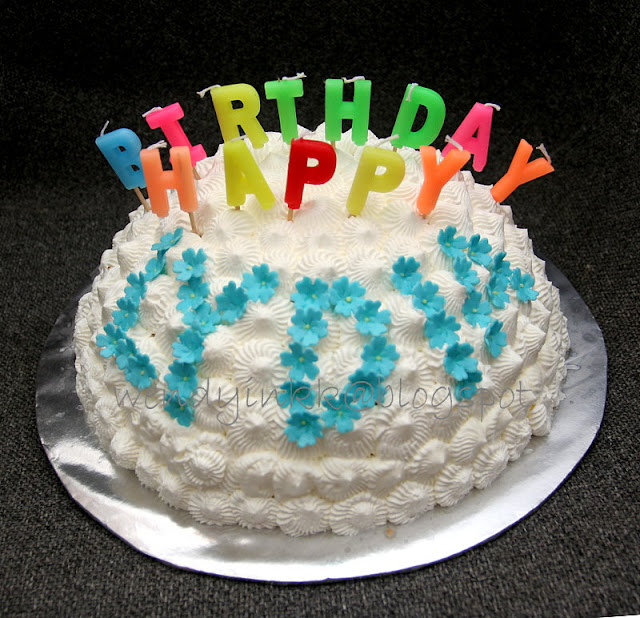 That night we had a simple celebration at the family's house. I let Lydia wear a new dress. She has been eyeing this dress that I've been keeping in the drawers for a few months, but I never let her wear for real.

Kids nowadays always get new clothes and new clothes don't feel special anymore. So, now I make it a point to only allow new pretty clothes for special occasions. So, that they feel the day is extra special. 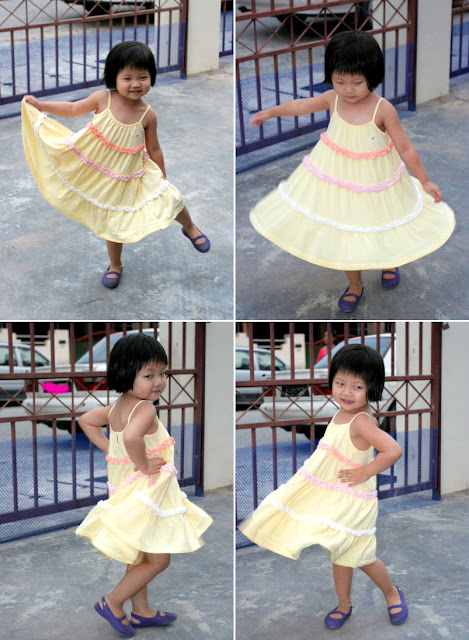 Well, Lyanne has something similiar too.. can't buy one and deprive the other 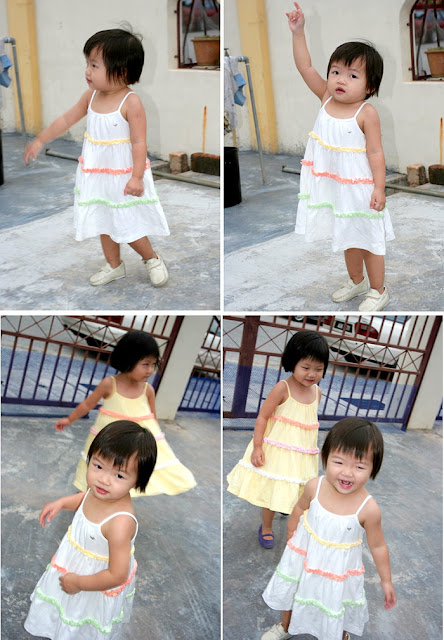 They were so happy in that dress, twirling all the time... 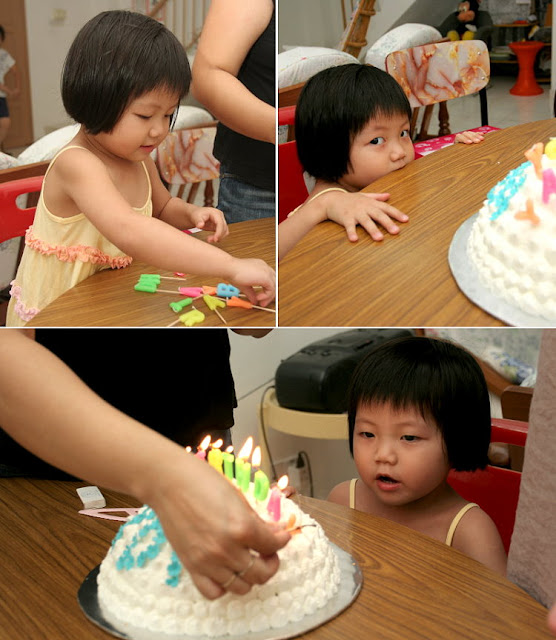 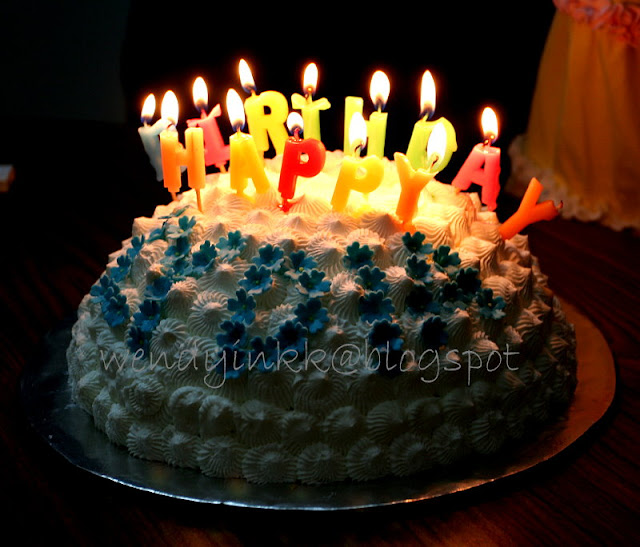 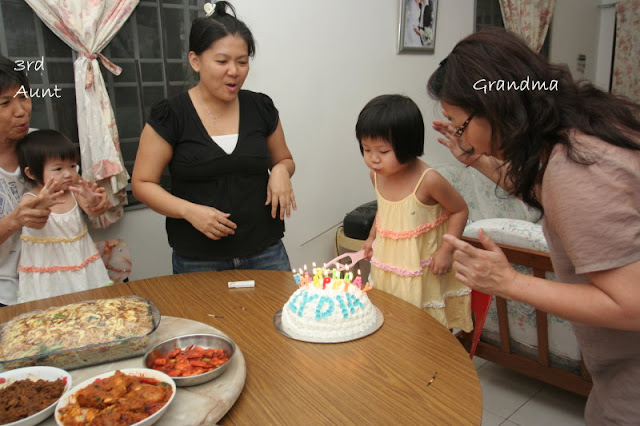 I'm sure you want to see the inside of the cake, here's one pathetic shot of it 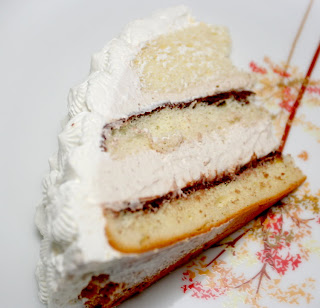 It's a chestnut cream cake. The chocolate thing is chocolate ganache. The chest nut taste is quite mild, no one knew I put in chestnuts until I told them. I got the filling's recipe from here.

A carousel cake :)
3 days later, another party at my mom's. And stupid me forgot to put in CF card into the camera!!!!!! So so stupid!!!! So, my brother took the pics for me instead. 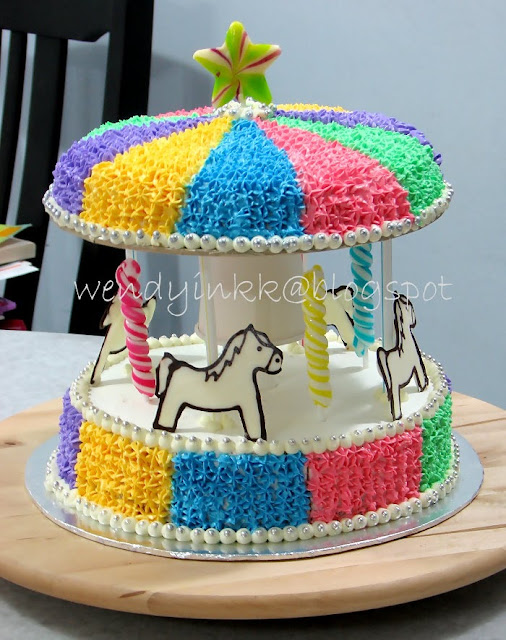 Want to see if the carousel can turn????
Click on the video


When the cake survived the turning, I knew, I really got it done!!!
I didn't test it at home. 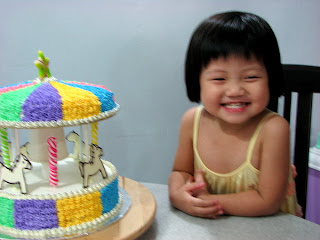 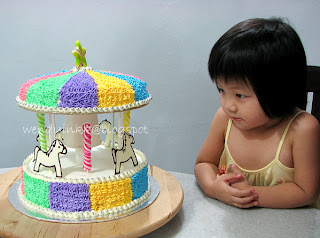 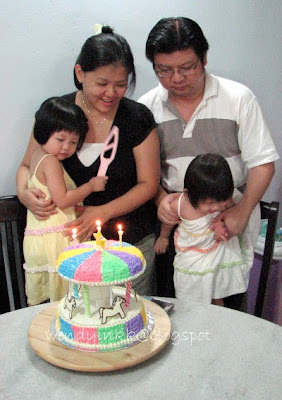 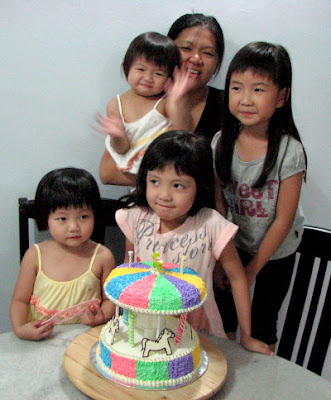 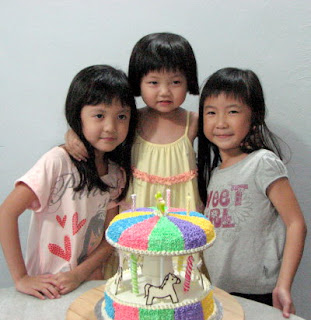 With Hannah and Joanna, daughters of my eldest brother.
Three of them are very close to each other.
Hannah and Joanna were so thoughtful that they bought her presents that they think Lydia will love,
A toy camera and a "cake", the one you saw way up there.
Lydia loved the cake so much, she hugged the cake all the way back to KK. 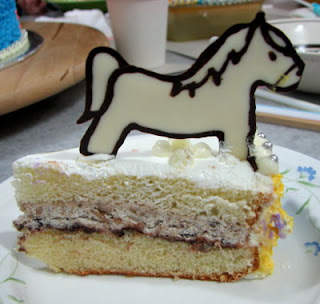 The bottom layer was chestnut cream again, but I improvised, and used equal amounts of chestnut and cream in weight. This time, the cream was good. Everybody said it was good, including the girls. 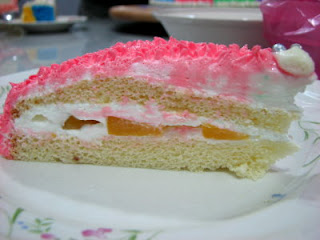 The top layer was peach filled, canned peaches. The kids won't eat it. They prefer the chestnut. 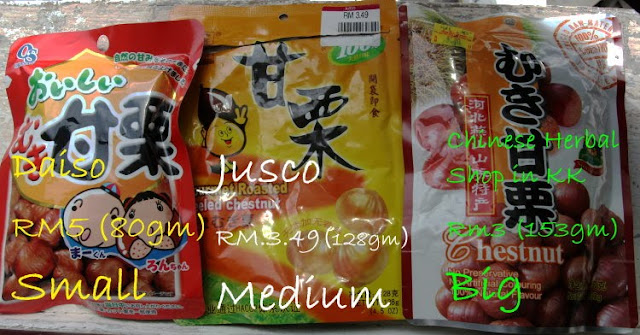 Just in case you need to know where to get roasted chestnuts and their price, here's some samples and the size of their nuts.

Posted by WendyinKK at 1:51 PM