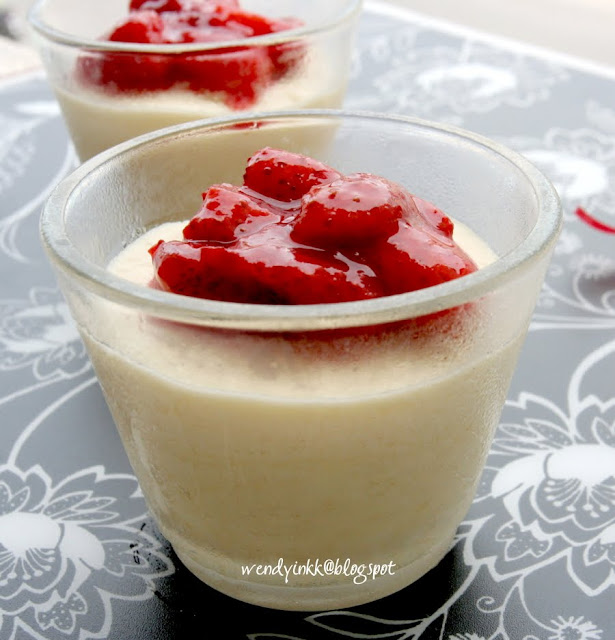 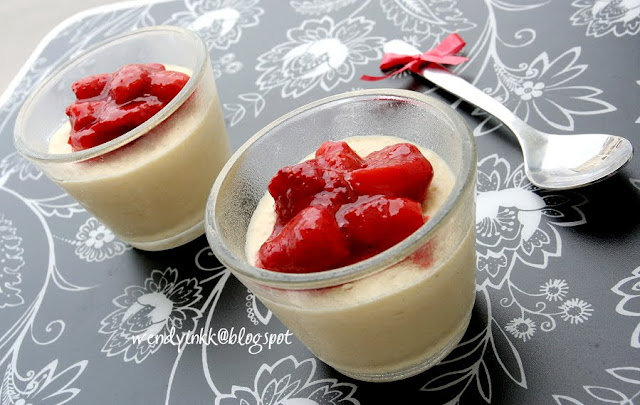 I almost screwed up this dessert. Lindt chocolates are not cheap. One bar cost me 2 lunches. 

I read the instructions a few times just to get the feel of the recipe..but I seemed to focus on the earlier part and didn’t seem to notice the last part. And so.. I melted the chocolate with all the whipping cream, leaving none to beat later. (I blame it on the recipe, they didn’t split the cream amount in the list of ingredients . Hahahaha!!!!) It’s not that I can’t open up another pack of cream, but then the ratio will not be correct and the mousse will not set if the content of chocolate is not enough, I don’t want to add gelatin, I want to do a real mousse. 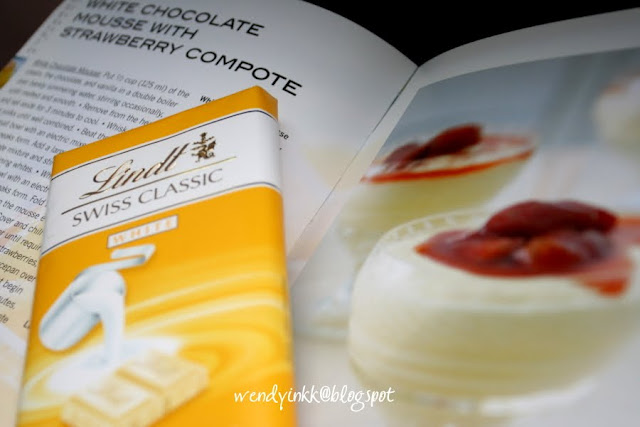 When I realized my mistake, it was already too late. I’ve melted the chocolate and it’s time for the egg yolk. So, well, I put in the egg yolk and dump the whole thing into the freezer for 30 minutes. Then I whipped it on high until it looked like whipped cream again. Yeah, it’ll get fluffy, just like ganache, it is ganache!!! Hahaha. Luckily I still got it fluffy, just that the process order was all out of order now. Lastly I folded in the egg whites and phew!!! I still got my mousse. 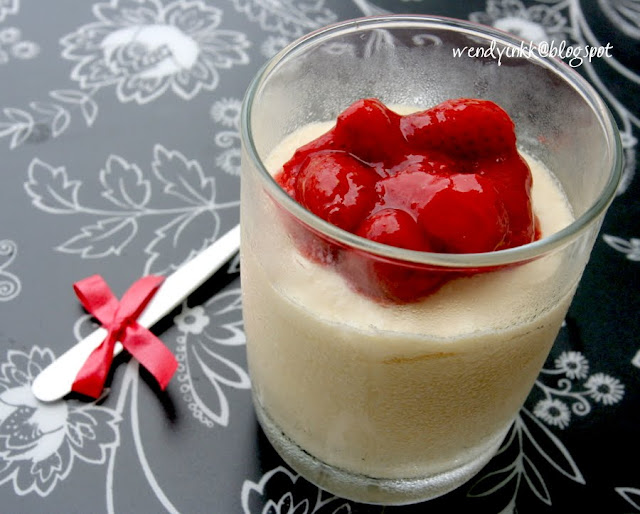 The Real Method:
1. Put 50ml of whipping cream, vanilla and white chocolate into a heatproof bowl. Double boil until chocolate melts. Stirring it every once in a while when it is melting.
2. Let chocolate cool down for 2 minutes, then add in egg yolk and mix well. Let it cool down totally.
3. In a clean bowl, beat egg white and cream of tartar until stiff. Gently fold egg whites into chocolate mixture with a whisk.
4. In another bowl, whisk 100ml whipping cream until soft peaks. Fold into (3).
5. Spoon into 4 serving cups, cover and chill for a minimum of 3 hours or until time of serve.
6. While mousse is chilling, prepare strawberry compote. Combine strawberries, sugar and brandy in a small saucepan. On low heat cook strawberries until it starts to bleed. Remove compote from pan, put into a covered container and chill until time to serve.
7. Spoon strawberry compote on top of mousse before serving.

Recipe adapted from: The Golden Book Of Desserts. Page One Publisher. 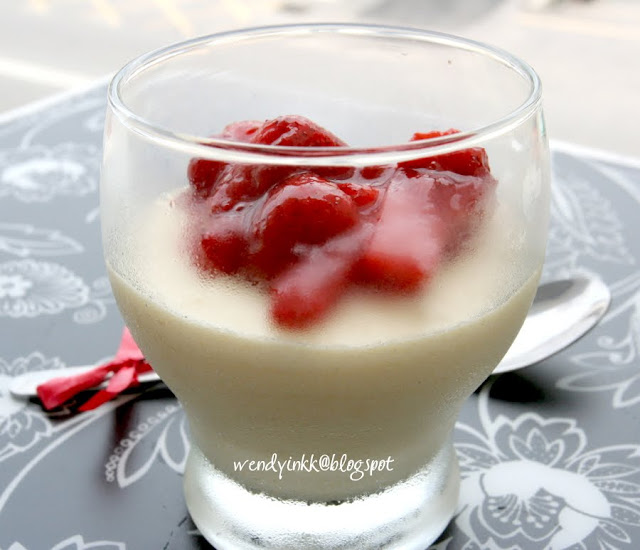