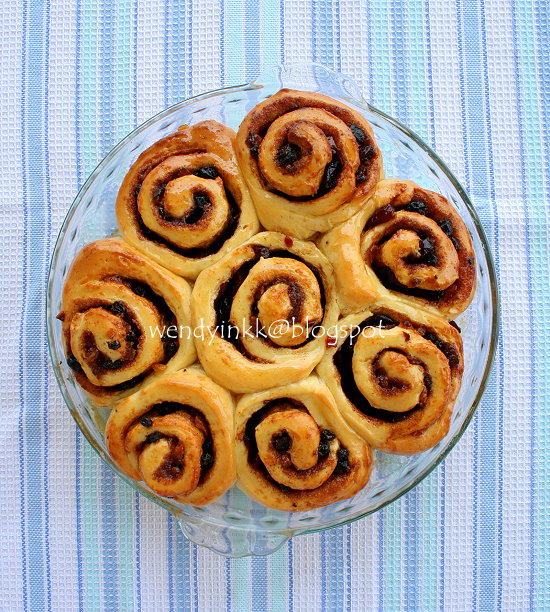 Chelsea Buns... Looks like cinnamon rolls? Almost.
The difference is in the filling. It has mixed fruits especially currants.
And it is glazed with either honey or golden syrup. 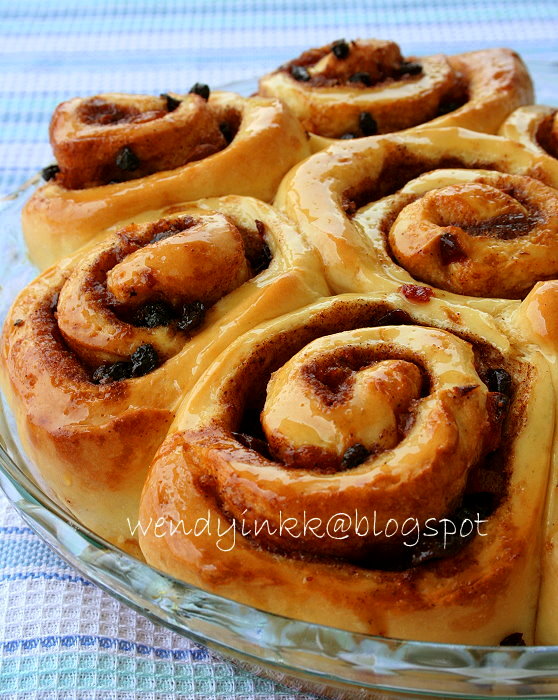 The dough is on the firm side, very manageable if one chooses to knead by hand. I was captivated by the picture of the source, buttttttttttt. The instructions given seems to be for a coconut rum cake :p
I had to refer to other recipes to get an idea on how to do it

The dough was actually way too firm actually and I changed it on  my 2nd attempt to make it softer. Much better. 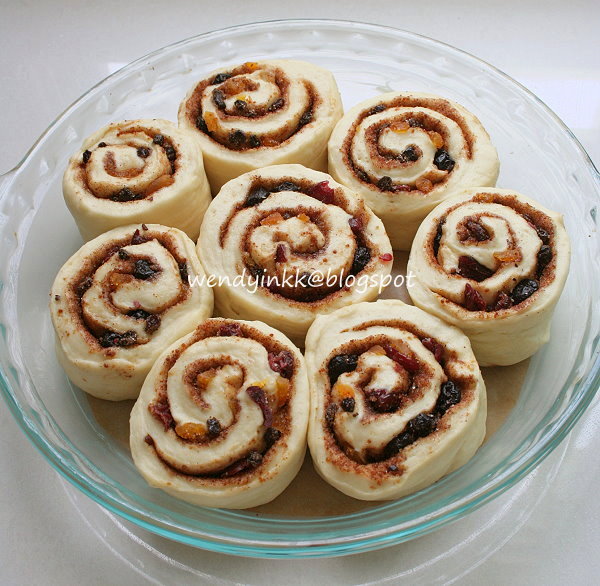 loose in the dish, before 2nd proofing

Best eaten on the day itself, and when it was warm. 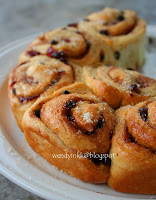 1. Mix everything together and knead until it is no longer sticky and becomes smooth, at KA speed 3, 15 minutes (no need window pane stage)
2. Cover and let it rest for 1 hour or until doubled.
3. Meanwhile prepare a 9 inch baking dish (round or square should be fine). Grease it with butter.
4. Then melt butter for the filling and mix cinnamon with both sugars. Set both aside.
5. Place dough on working surface and roll out into a large rectangle.
6. Brush with melted butter and sprinkle the cinnamon sugar onto the dough. Sprinkle the dried fruits too.
7. Roll it up, tightly like a swiss roll. Cut into 9 pieces.
8. Arrange rolls in baking dish, they should be loose. Cover and let it proof until puffy.(no need double, the rolls will look tight)
9. While waiting for the buns to proof,  preheat your oven at 150(fan)/170C. Bake for 25 minutes or until golden.
10. Remove from oven and brush golden syrup generously over the buns. (sprinkle some soft brown sugar if prefered) Let the buns cool for 10 minutes, then remove them onto the rack (glaze side up) to cool 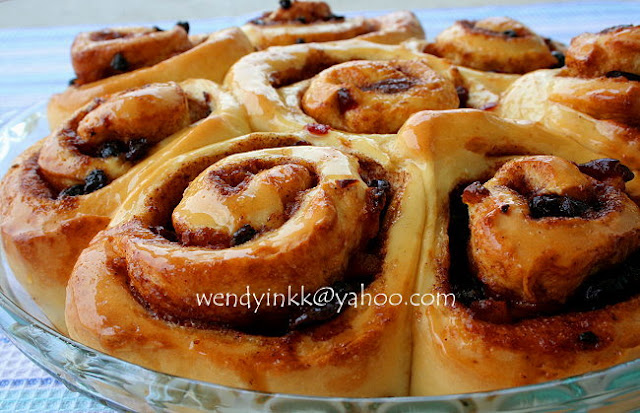 And the following pictures are from another attempt just 2 weeks back. 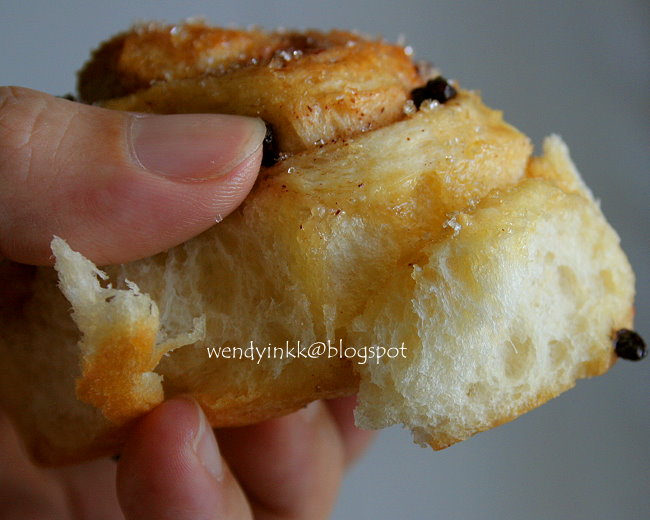 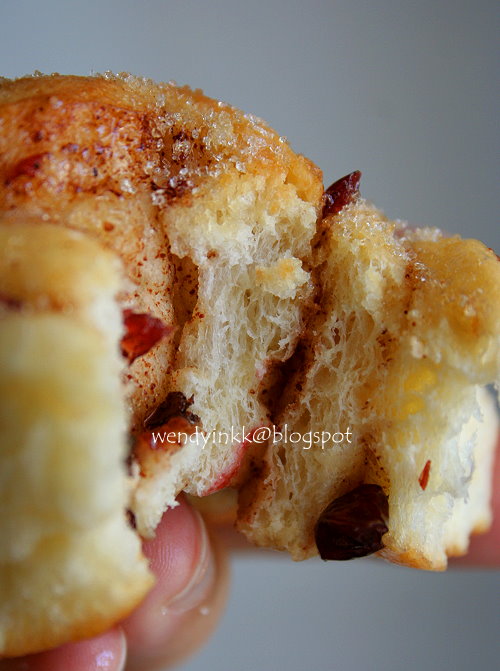 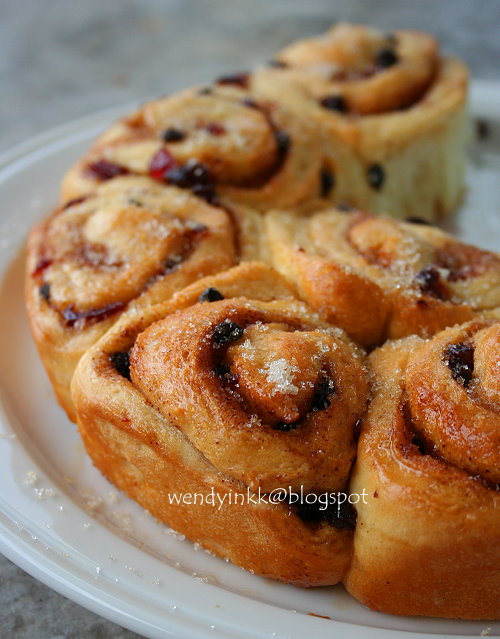 Email ThisBlogThis!Share to TwitterShare to FacebookShare to Pinterest
Labels: Bread n buns, bread-bakedbuns, From the net