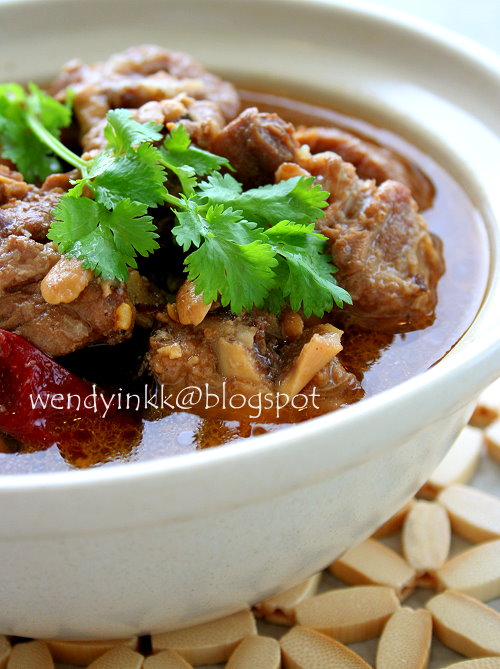 My hubby asked for more rice with this.
I could almost drink the gravy like soup and drenched my rice with it, of which something I rarely do except with curry. 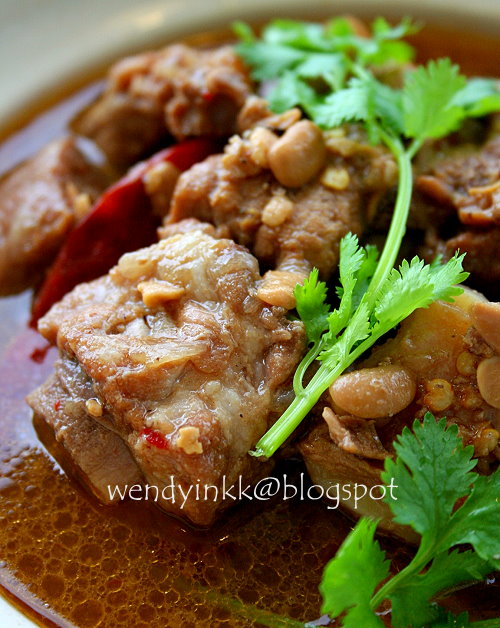 I was "captured" by this recipe because of the use of bayleaf in a Chinese pork stew.
Bayleaf ??? Oh yes, and it really does give the good old bean paste ribs a new twist. Doesn't taste like the usual one that every mom cooks.

I did some modifications to the method bcause the original source didn't saute the aromatics, something that I will prefer doing. And I didn't parboil the ribs. Since there were no amount of ingredients given in the source, I eyeballed it by looking at the pictures. I've cooked this twice and both times using the same amount of ingredients, came out the same way, not much different.

The gravy is meant to be soup like (like how it is in the source), so I hope you will not thicken it. Drench it with your rice.. it's delicious.
Or even noodles :) 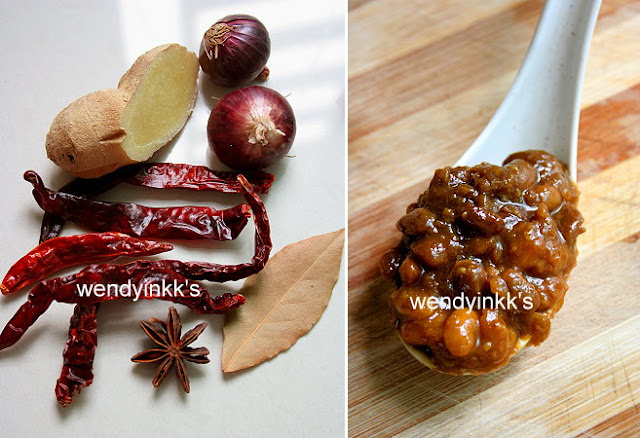 1. Heat pot with 2 Tbsp oil. Put in sliced shallots and ginger and fry until fragrant.
2. Put in dried chilli and bean paste and fry for a while.
3. Put in pork ribs and cook until the surface looks opaque.
4. Pour in enough water to cover and put in bay leaf, star anise, shaoxing wine and sugar.
5. Bring to a boil. Simmer on low heat for 1 hour or use a pressure cooker for 5 minutes.
6. Do final seasoning with salt and sprinkle on coriander and it’s ready to serve.

*to get a clearer ‘soup like’ stew, parboil the ribs and drain before use. 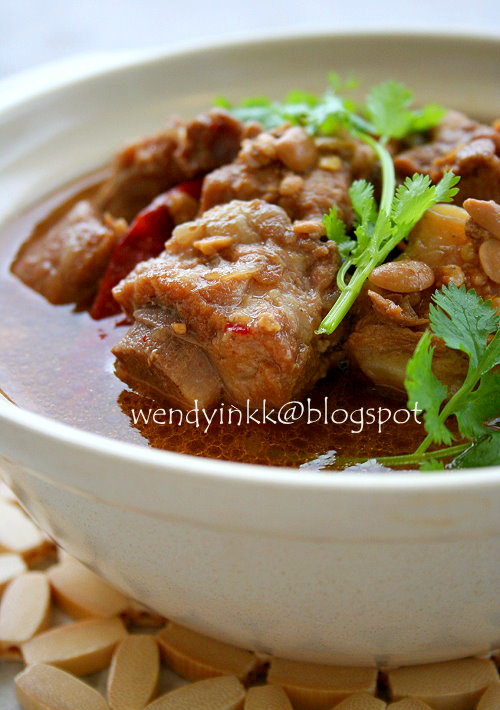 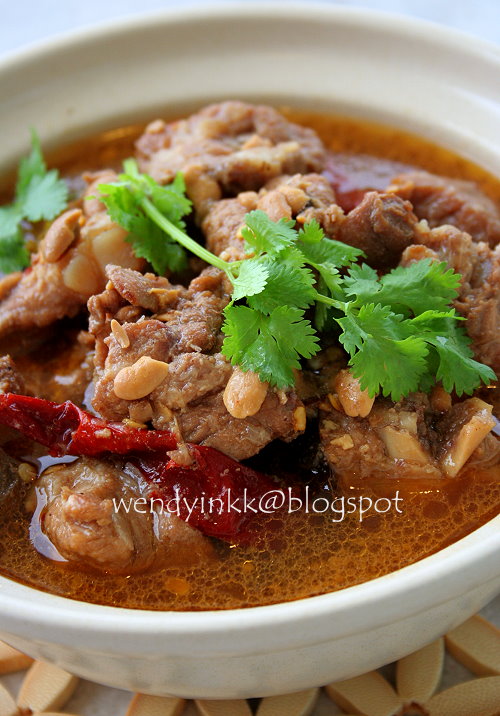 Oh yes... I'm taking a short break
It's mid semester break for my girls and I'll be enjoying the break with them.
Longer sleep in the morning, LOL.
Happy Holidays to all Malaysian Parents
See you all on 18th March 2012
you page html code
Posted by WendyinKK at 11:20 AM