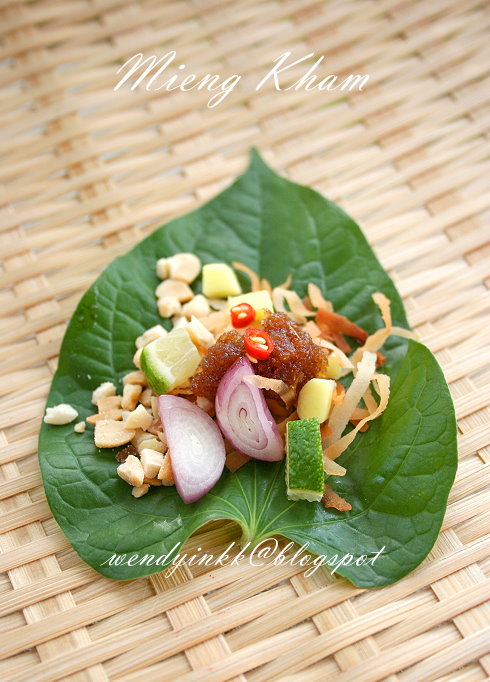 Mieng Kham is a traditional snack from Laos and Thailand.

Miang originated in northern Thailand near the border with Myanmar. The original miang consisted of fermented and or pickled wild tea leaves.Over time, other ingredients were included in the snack. The name can be interpreted as meaning "eating many things in one bite" - from miang (เมี่ยง), meaning "food wrapped in leaves", and kham (คำ), "a bite".

In Laos, this is also made with leaves of spinach, cabbage or lettuce. But in Thailand, it is usually with the leaves of Piper sarmentosum, or wild betel/pepper leaves, locally known as daun kaduk. I made this for a pot luck with fellow bloggers two years back. I prepared 30 leaves and in the end picked some from a park too, made it almost 50 in the end.

One of them told me she can eat the whole jar of sauce and I just can't help giggling at that. You know who you are, haha!
Very well recieved and indeed the sauce is very addictive. 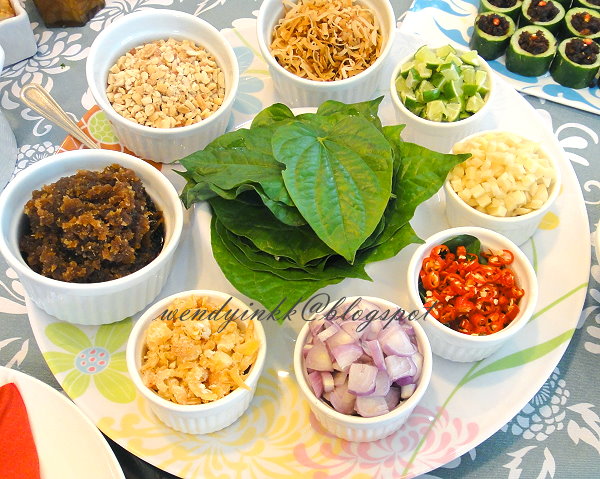 To eat this, lime with its skin on is used and it surely does makes it taste so much better. The smell from the rind is fabulous. I've eaten some that is made without the skin and it tastes inferior. I also chose to use store bought coconut flakes and these flakes always smell fabulous when toasted. You can use cashew nuts if you prefer it over peanuts. Young green mango can be added in as well.

I actually prepared too little leaves as there were leftovers of everything except the leaves, even those that I used to 'elevate' the condiments in the ramekins were used up in wrapping. 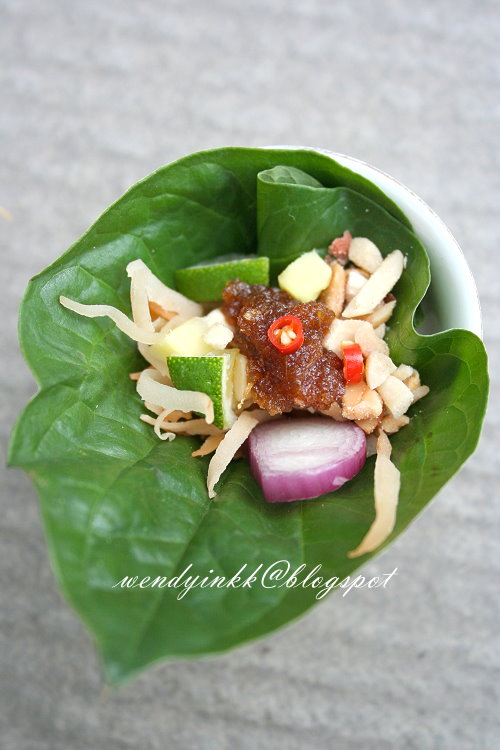 1. Blend galangal, shallots and water together.
2. Pour into a pan, put in palm sugar and fish sauce. Cook until the liquid is reduced by half and feels syrupy.
3. Put in toasted coconut and turn off the heat.

*Take note that the sauce will thicken as it cools.

To serve: Fold each leaf into a cone, then place some of each ingredient into the cone. Fold down to close the parcel and put into the mouth in one go. Wrap as you eat. 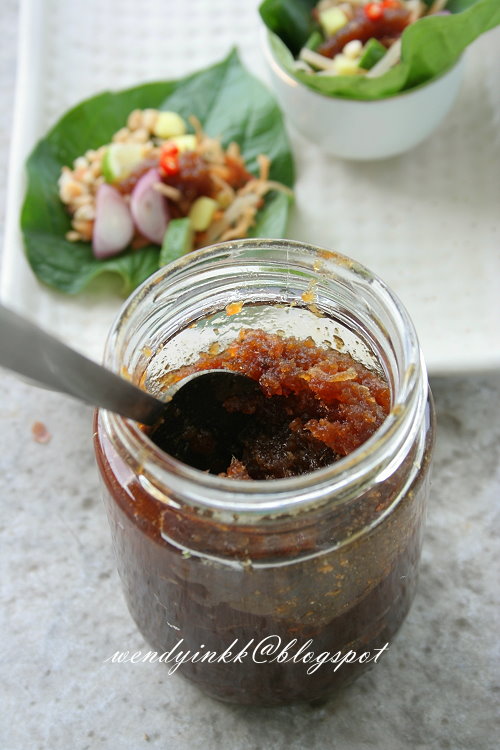 I am submitting this to Asian Food Fest Thailand Month,
hosted by Lena of Frozen Wings
Posted by WendyinKK at 11:00 AM