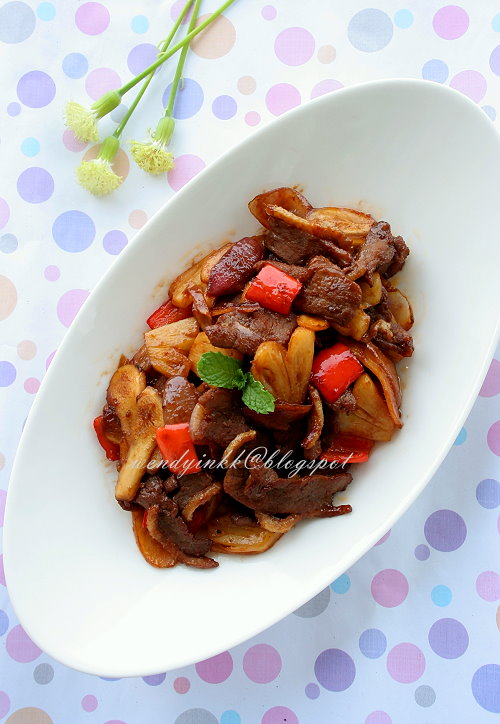 I went into a bookstore looking for my sister in law who went in earlier and passed by some cooking books in Chinese. I saw one dish on the cover looking kind of attractive and quickly flipped it. Ah,… the dish is duck with pickled ginger and pineapple… but I didn’t go through the recipe because I needed to be quick. 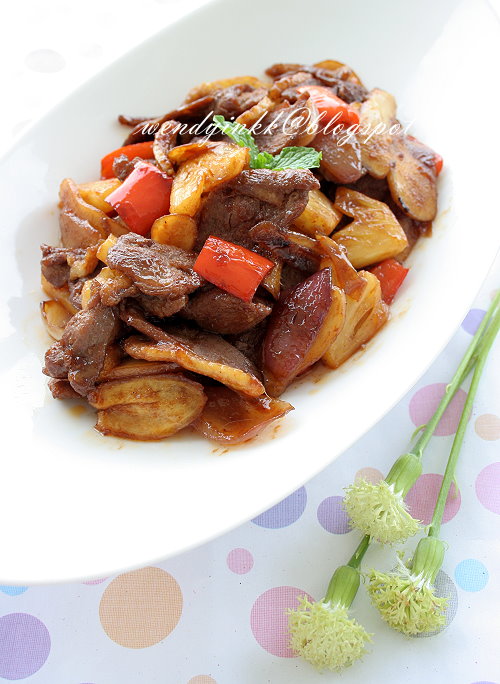 Few days later, I was given half a frozen duck by my sis in law’s in laws, yes, the ones who always give me snakehead and more duck. It was like God sent, LOL. I was hoping to cook that dish that I saw.

Since I don’t know how the recipe is like, I wished the internet might have that recipe and soooo it did. It’s quite popular in China to have duck with pineapple, and to be exact, duck breast. I think the recipe I saw used duck breast but I am not exactly sure, but it sure did seem to look like this recipe that I saw.
Well then, nevermind. I’m going to do it my way.

Some ducks smell gamey. So, I added 5-spice powder to help tone down any unwanted smell. I used chilli sauce because I think it will taste good this way. The rest of the recipe is a mix and match from a few recipes (here and here) I saw online. 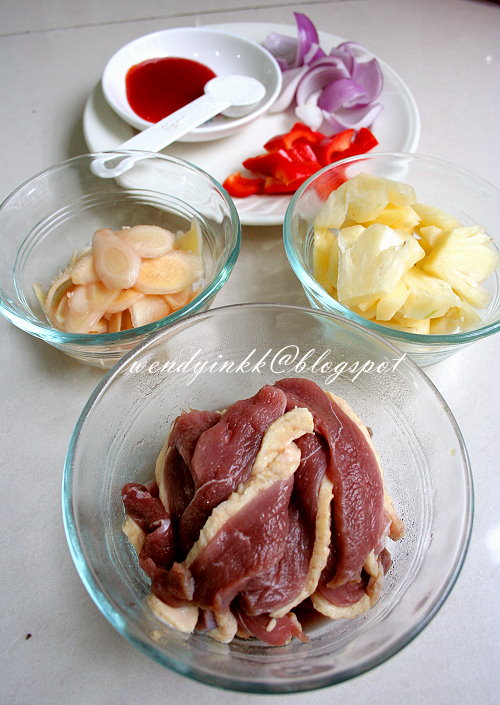 Duck breast with pickled ginger and pineapple
By WendyinKK

1. Slice duck breast thinly and mix with soy sauce and 5-spice powder. Then put oil and sesame oil in. Make sure the oil is evenly mixed with the meat slices. Let it sit as you prepare the other ingredients.
2. Cut chilli into half and discard seeds. Dice the chilli. Cut onion into wedges and separate them.
3. Heat a pan on high. Put duck slices (no additional oil used), flatly into the pan, in a single layer and lightly sear each slice (some brown bits will be good!) Repeat searing until all the duck slices are done searing. Pour the duck slices in one plate and cooking juices(from the duck) and oil in pan into a separate heat proof bowl. Set aside.
4. Wash pan and heat it up again. Put in 1 Tbsp of oil and sauté onion and chili until fragrant. Put in the duck slices, pickled ginger and pineapple. Give it a good toss until everything smells really good. Put in all the remaining seasonings and duck juice. Let t cook until the gravy dries up and dish up onto a plate. 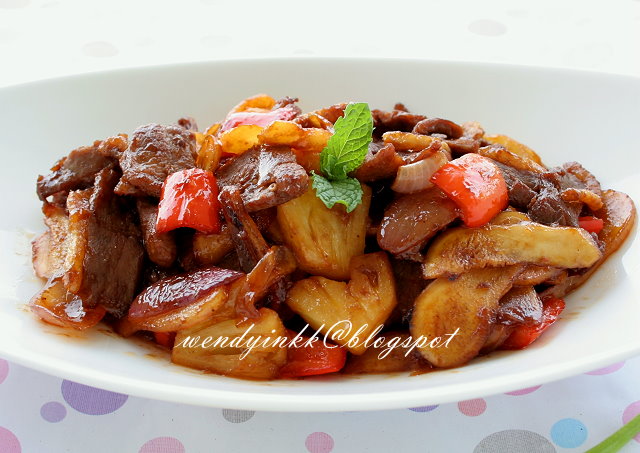