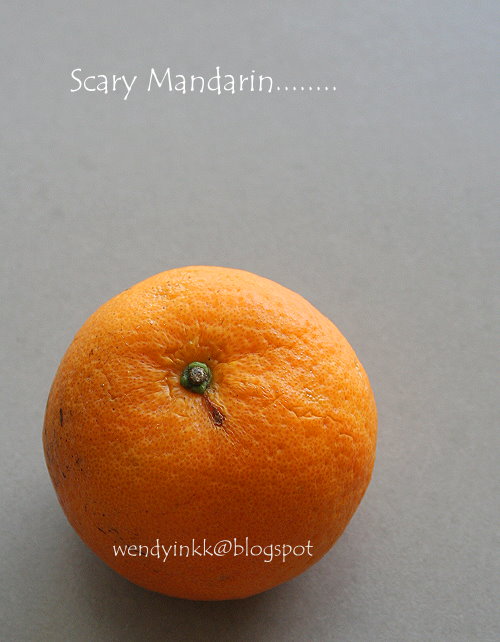 When I was a kid, every Chinese New Year, we wil buy a box of TeoChew Mandarins. Grandaunt will ask us to keep all the peels and she will dry them in the sun. The sundried peels will be kept in old Milo tins. Grandaunt uses the dried peels in sweet soups and some dishes. But whatever we dry is more than we ever need.

There's lots of annoying oranges on YouTube.I bet you have heard of that annoying citrus.

*Warning: Video is not for the faint hearted

That's the english version. See a Cantonese version of it.
I super love how annoying it is. Makes me want to slap it left and right, but yet kiss it on both cheeks too!
Hahahahahaha!

Ok.. now back to my mandarin.I have with me a scary mandarin. What makes it scary?

This mandarin has been around in my house before Chinese New Year.
One of my girls brought it back from Kindergarden and was playing with it like a ball. It's been rolling and rolling around the hall for more than 2 months. 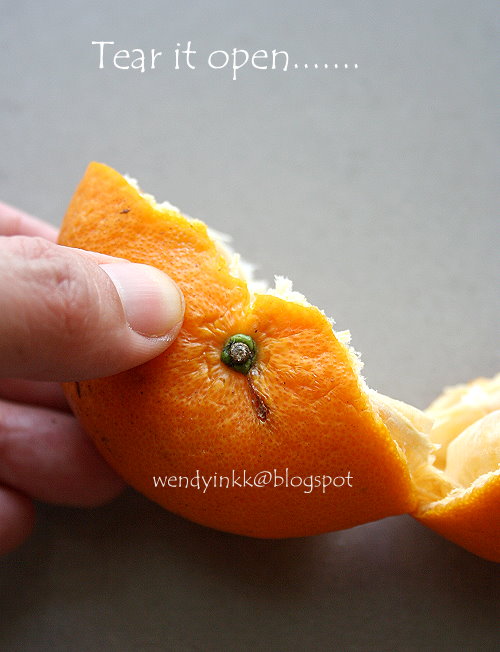 One day I found this stuck under the sofa, but it's already end of March. It still looks good, perfectly good........... on the outside. Even the stem tip is still GREEN!

And so.... I broke the mandarin to see how it is inside. The skin felt as if it was just bought yesterday, but.... 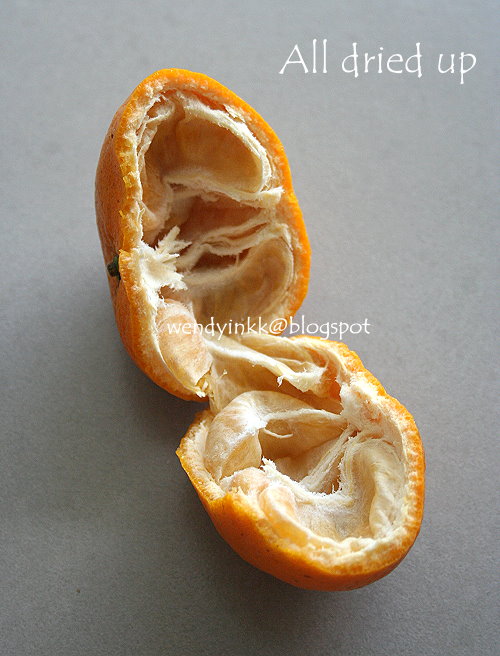 The inside is all dried up and icky.

I wonder if they dipped the fruit in formalin? Eeeeeee.. what did they do to the fruit?
For now, it's a total ban in my kitchen for the use of mandarin peels.

My kumquats once left on the tree rots within weeks after ripening. Both rind and flesh, together.
My locally grown limes once left without referigeration turns dry and brown within 2 weeks.
For those of you who use yongchun mandarin oranges for offering on the ancestor's altar, they do wrinkle up and feel soggy after a few days right?

This one that has been under my sofa for 2 months, been thrown around like a ball, been exposed to summer temperatures with perfect humidity for fungal growth.....................stays beautiful, firm and fresh on the outside, but rots on the inside.

But then I think not all are like this. Some mandarin oranges still and do wrinkle up and spoil.
But not this one that I have.
The problem is, I never know which one is scary, which one isn't. Not until months later, under my sofa. 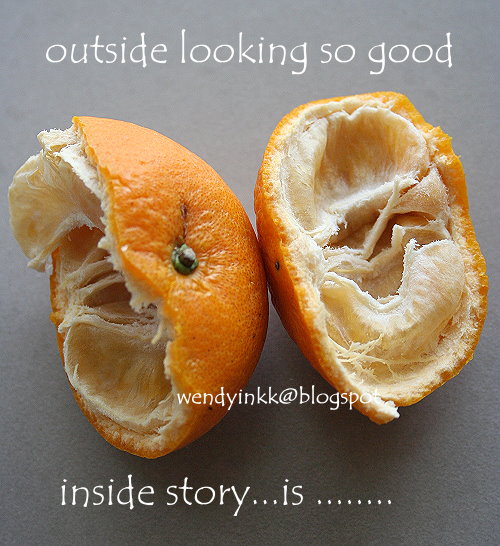