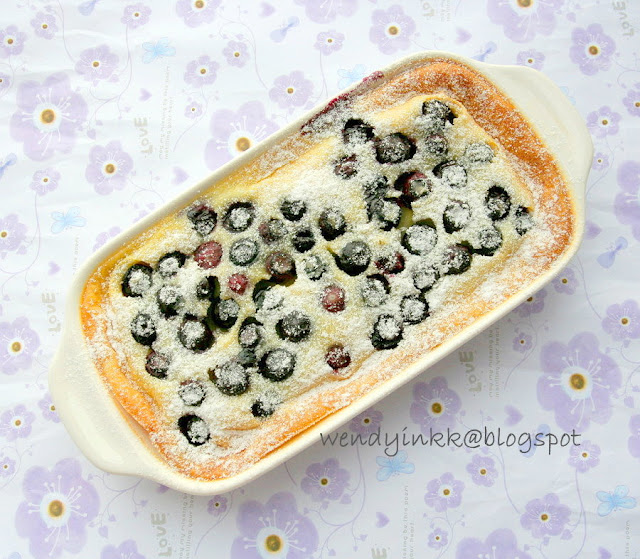 Clafouti/ Clafoutis is specific for cherries, so there could not be any plum clafouti or peach clafoutis. I’m sorry if you have one in your blog, but I’m saying it with reference to Wikipedia.

“The clafoutis comes from the Limousin region of France and while black cherries are the traditional there are numerous variations using other fruits including red cherries, plums, prunes, apples, cranberries or blackberries. When other kinds of fruit are used instead of cherries, the dish is called a flaugnarde”


From Wikipedia regarding flaugnarde :
"This is a flan-like baked French dessert with fruit arranged in a buttered dish and covered with a thick flan-like batter. Similar to a Clafoutis which is made with black cherries, a Flaugnarde is made with apples, peaches, pears, plums, prunes or other fruits. Resembling a large pancake the dish dusted with confectioner's sugar and can be served either warm or cold" 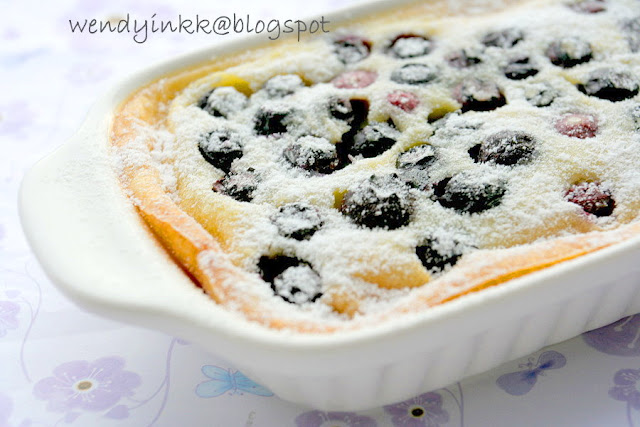 So, here I present to you, blueberry flaugnarde, a variation with the same batter recipe, in a small baking dish (1 cup capacity)

1. Preheat oven to 160/180C. (I used only 150C)
2. Bring milk, cream and vanilla to boil on low heat, put in sugar to dissolve. Turn off the heat and let it sit for 5 minutes.
3. Lightly whisk egg and put in flour to mix.
4. Fish out vanilla pod, and pour slowly while slowly whisking into the batter. Add liquer if using. Do not incorporate to much air.
5. Pour batter into a buttered dish, throw in the blueberries (no need to arrange, they'll self arrange) and bake for 25-30 minutes or until golden and set.
6. Dust with icing sugar. 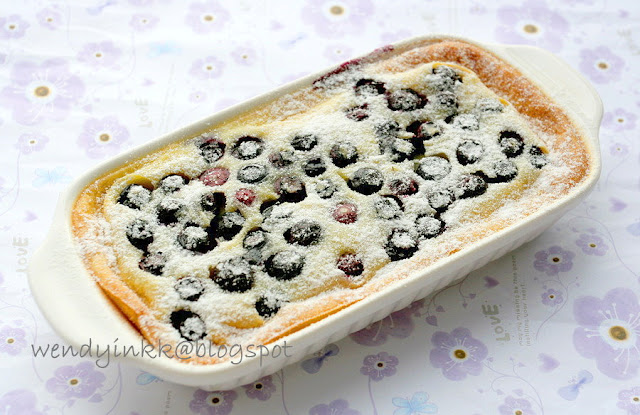 If you'd ask me, with the same batter as the cherry clafoutis, which taste better?
Definately this one, I'd say. And also according to Lydia's nanny. I gave her some of both clafoutis and this flaugnarde.

I never felt blueberries having a very nice flavour and fragrance, just another berry with a nice blue colour. But with this flaugnarde, it totally changed my mind. When I baked this one, I could smell, "Gosh, how come it smells so nice ??". Even after the baking, I kept part of the flaugnarde in the oven, and whenever I walk past that cold oven, I could smell it 3 meters away. That good!!!!

So, if you let me choose, to make only one with the same batter, I'll definately rather have this than cherry clafoutis. Well, you may ask me, this one tasted batter maybe because you mixed it differently this time??? No it can't be, cos it's the same batter, I split the batter into 2, one pan for clafoutis one pan for the flaugnarde, so there couldn't be any variations on the mixing that made this superior over the clafoutis. 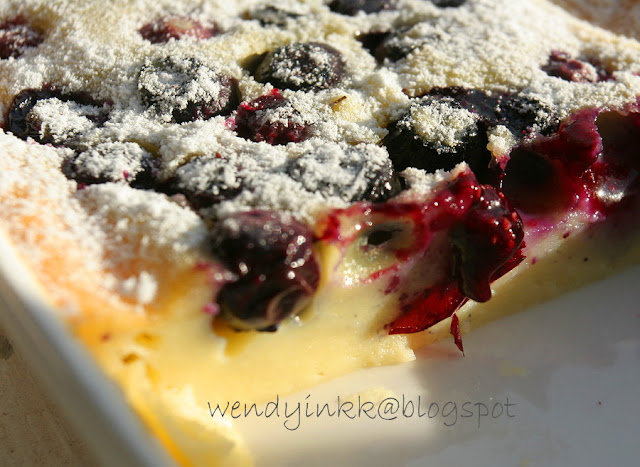 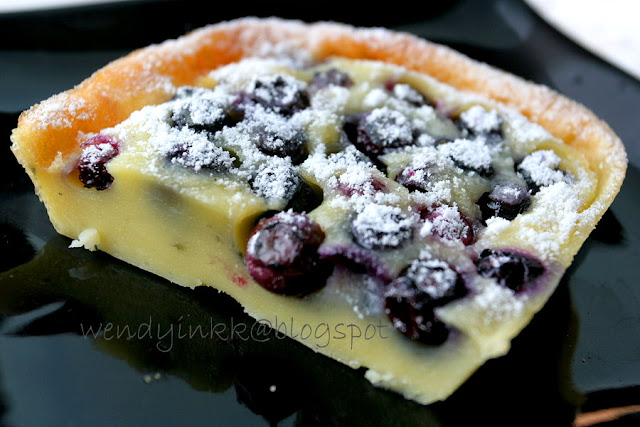