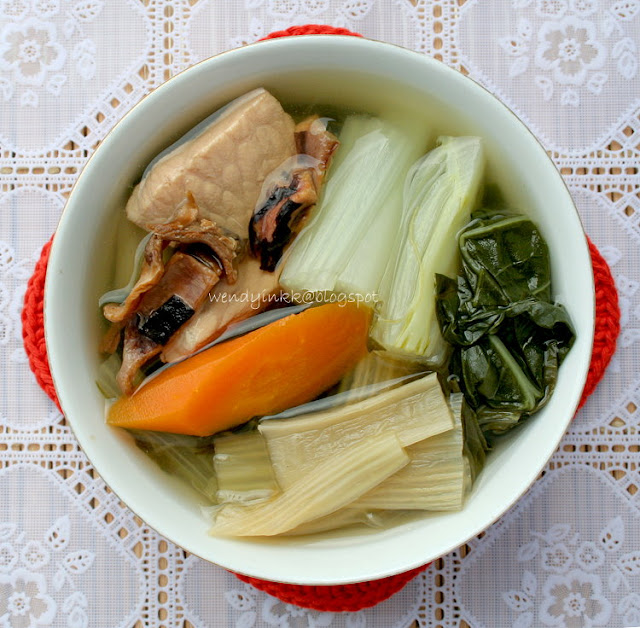 I’ve seen a TVB documentary on food, and the host was treated to a dried and fresh bokchoy soup. But her soup looked milky and white instead of mine looking so clear, hahahaha.

Actually I didn’t know what was in the soup so I just threw in whatever I think might make the soup nice. But it doesn’t look like what I saw on TV. Was it that the soup was boiled with pork lungs? I forgot, but here’s soup for you to try if you like “choy gon tong” 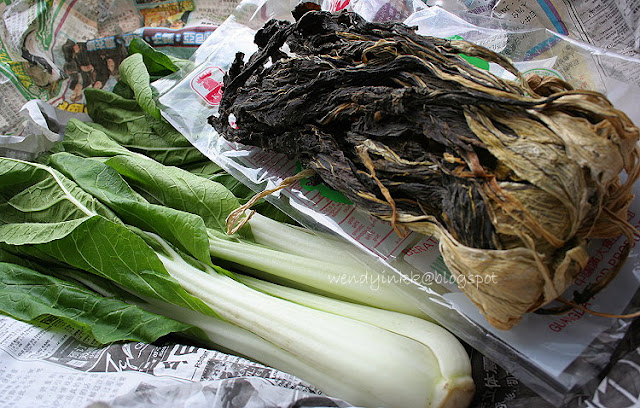 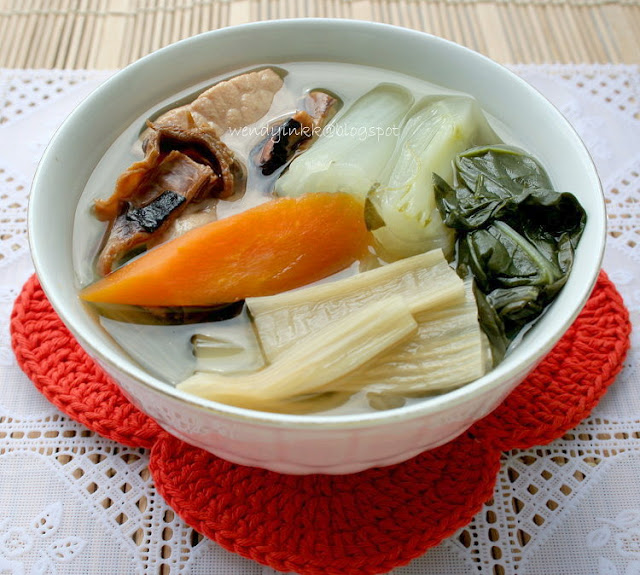