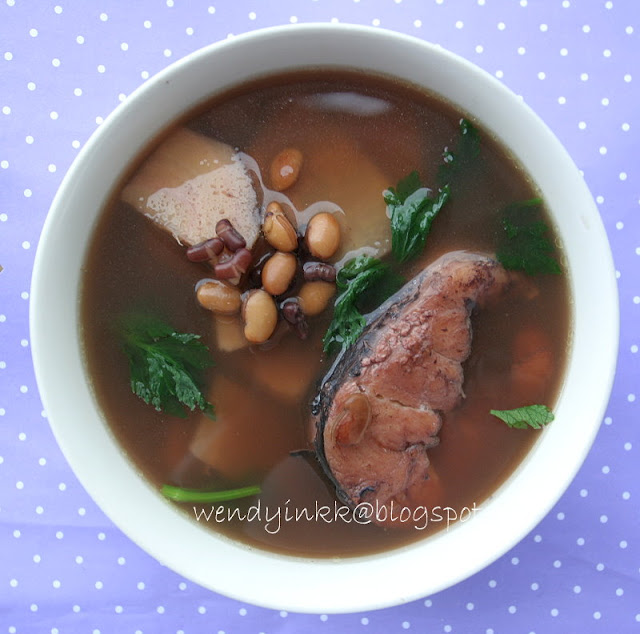 The Chinese believe in its wound healing properties and is a prized fish. But somehow it's a pest, called a monster fish in US. I saw it on TV and it was nicknamed Fishzilla. There are a few types of snakeheads featured in the show, the toman, haruan and some more that I dunno. Hahaha!!! The toman is really known to be fierce and it's one of the fishes that anglers love to wrestle with. I've heard stories, local stories of toman biting off hands and fingers. But not that much of haruan, which is our beloved "Sang Yue". But still, it's not a docile fish, just that haruan don't get as big as tomans, hence less "monsterous". LOL. Love my adjective!

I didn't buy this fish. It's not cheap to buy. My sis in law's mother in law gave a huge snakehead to us. I divided the fish to 3, the middle was for my kid's porridge and the tail was filleted and used to cook porridge. Whereas the upper part, the head and belly will be used to boil soup. I had no idea what soup to boil. Again, I refered to the soup book that I have, written by Chiu Sang. It didn't ask for snake head, but used dace(Laeng Yue) instead. Dace is not found here. I substituted the dace with snake head and hence this soup came out. 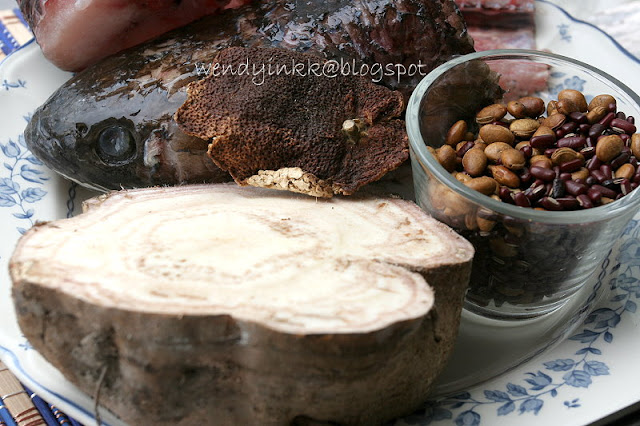 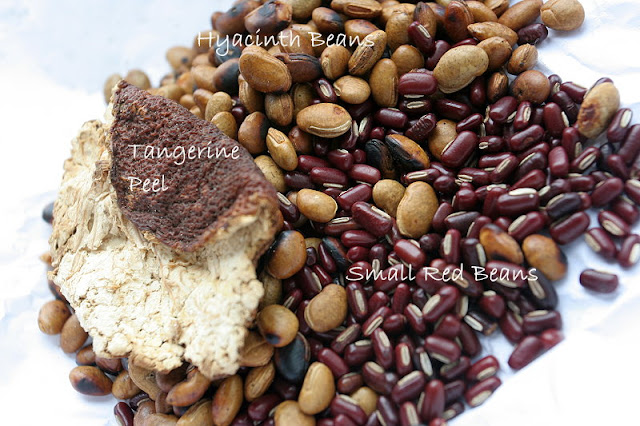 1. Clean snakehead and cut into chunks. Fry fish chunks in a little bit of oil until the flesh is slightly golden and firm. Wash with running water to remove oil.
2. Soak both beans in cold water for 10 minutes, rinse and drain.
3. Soak tangerine peel in cold water and when the peel is pliable, scrape away the pith.
4. Bring water to boil and put in everything and bring back to a boil. Lower to a simmer for 2 hours. Season with salt and sprinkle in chopped coriander.

To get the tangerine peel, hyacinth beans and small red beans, just head to your nearest Chinese herbal shop. 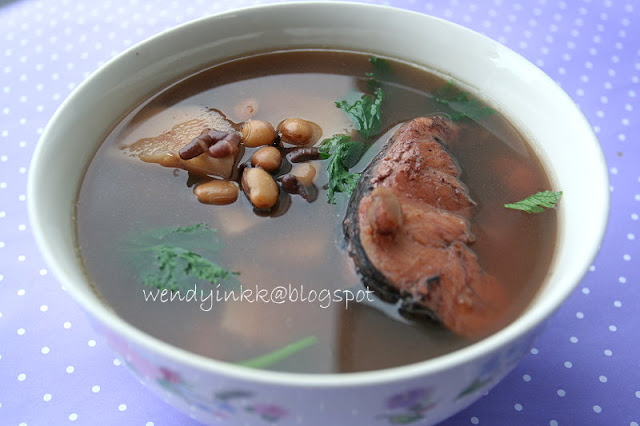