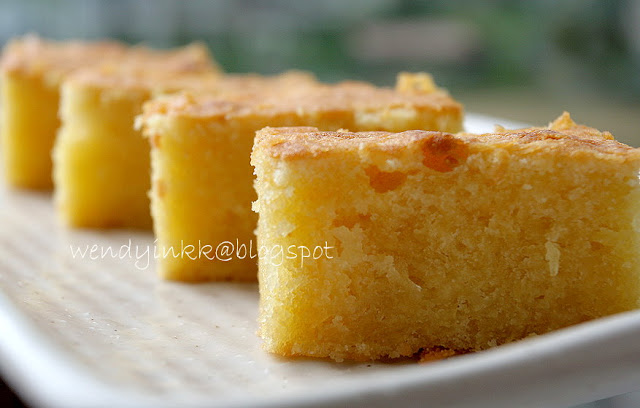 Yes, cassava cake, not cassava kuih. This is cake, soft and fluffy like a cake. Not fluffy like sponge cake, but like a butter cake, at least not as dense like kuih.
Sigh… my cake smelt of durian. The reason? My FIL kept some durians, not air tight, in the freezer where I kept 10 blocks of butter. What can I say…???? Nothing, just kept quiet. I only realized the butter smelt of durian when I took a piece and used. The whole batter smelt of durian….when baked, it still smell and tasted durian, bit not too much, but it’s distracting. 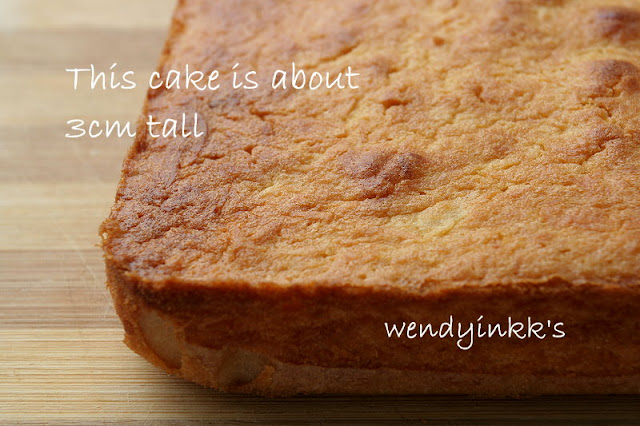 Inspired by Mat Gebu. I adapted from his adaptation from AlongRoz (myresipi.com) who adapted from Mesra.net. BTW, is this AlongRoz the same Roz from HomeKreation?
His recipe uses yellow food colouring, but mine didn’t, cos I used yellow cassava. Feel free to use some colouring, if you wish to.
As for the cassava, I measured it after I peeled, grated and squeezed it. Before I squeezed it, it felt wet, but after I squeezed it, it was as moist as freshly grated coconut. Not too dry though. And I packed it tight into a measuring cup, to see how much it’ll be. Cos I found that some tapioca planted elsewhere may have a higher amount of moisture. Therefore it is hard to gauge how much to use in weight before squeezing. So, I measured it after I squeezed, and use volume rather than weight to measure for the sake of those having moist cassavas. 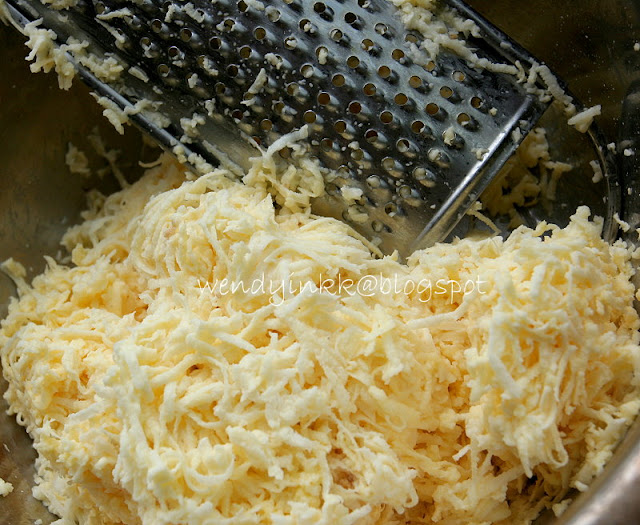 190gm butter
160gm sugar
3 large eggs
½ Tbsp vanilla extract
½ cup evaporated milk (I used so much more, cos I read wrongly, but not a bad decision :p)
140gm self raising flour (or substitute with 140gm cake flour + 1/2 Tbsp baking powder)
1 cup packed tightly, finely grated squeezed dry cassava (about 300gm, how much it weighs depends on how dry it is)

1. Preheat oven at 160/180C.
2. Cream butter and sugar until light and fluffy
3. Put in eggs, one by one, beating well after each addition.
4. Put in vanilla and beat for a while.
5. Put in half the flour and mix, then half the milk. Repeat the flour and milk sequence.
6. Fold in grated cassava.
7. Pour batter into a lined 9 inch square pan (You can use 8 inch, just that you’ll get a higher cake, I like mine shorter)
8. Level the surface and bake for 40 mins or until surface is golden and toothpick inserted comes out clean. 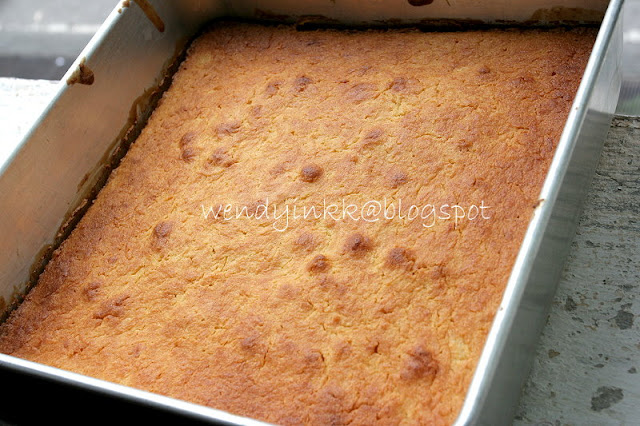 Verdict:
Something’s missing, just like when we bake with pandan, coconut is a must. Maybe same goes for this. I think I’ll either replace the evaporated milk with coconut milk or put in freshly grated coconut. And I’ll definitely reduce the butter in this. A bit too oily in my opinion. 115gm may have been enough. The sweetness is just nice, no need to adjust. 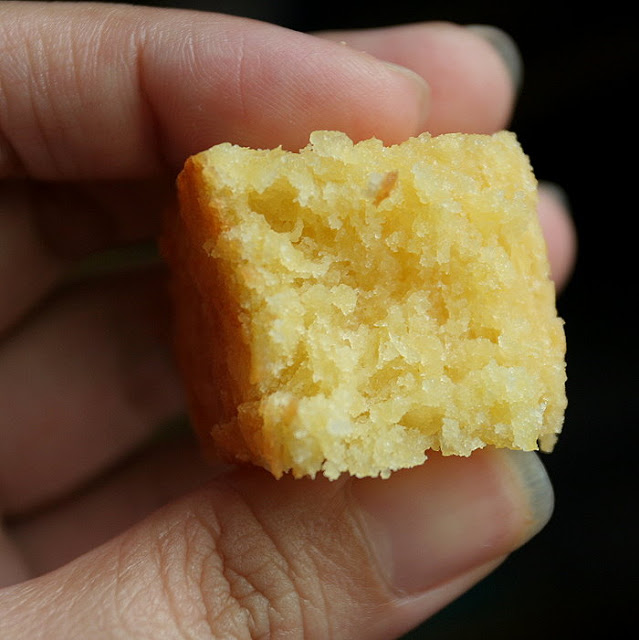 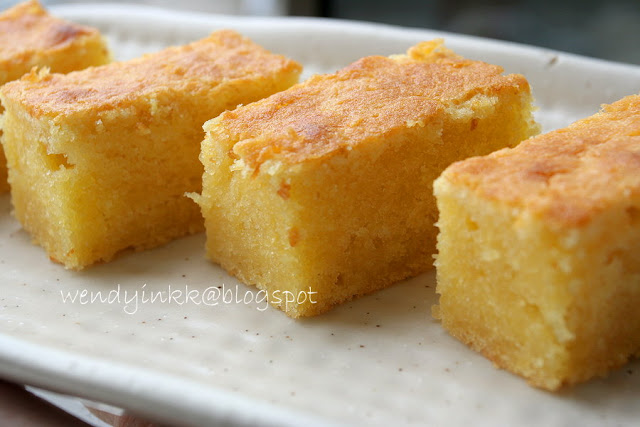