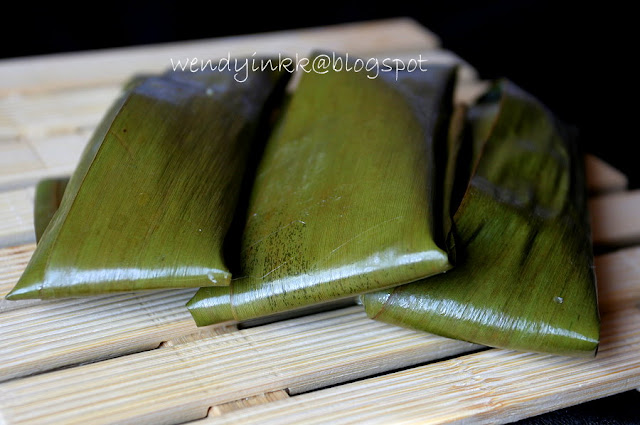 I first had a taste of this in an Orang Asli (aboriginal) settlement in year 2000. Another volunteer from Sabah made this simple steamed cake using just the simple ingredients found at the village.

Update 26/4/13: Only until recently I knew the Malay name of this kuih, it's Pais Ubi Kayu.

The Malays have another similar kuih called Lepat Ubi, but I like this version better, which was a lot softer, due to the absense of additional tapioca starch.

If you already have the grated cassava on hand, this makes a quick tea time treat. 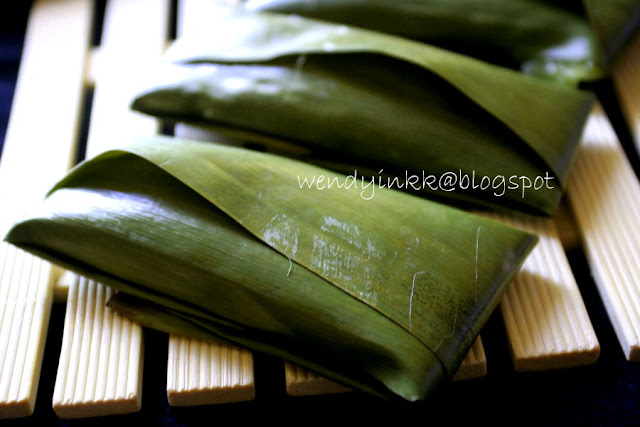 1. Mix everything together except the leaves :) Put some into ur mouth and taste, adjust sweetness accordingly. Remember to spit out the raw cassava mixture.
2. Put one heaped Tbsp of the mixture onto banana leaf and wrap (method shown below)
3. Steam on high heat for 10 minutes. 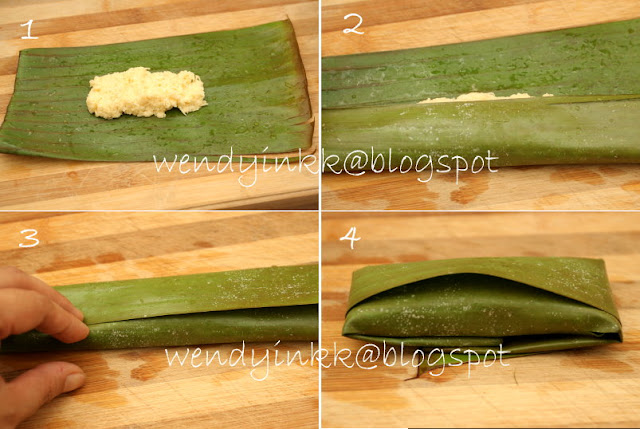 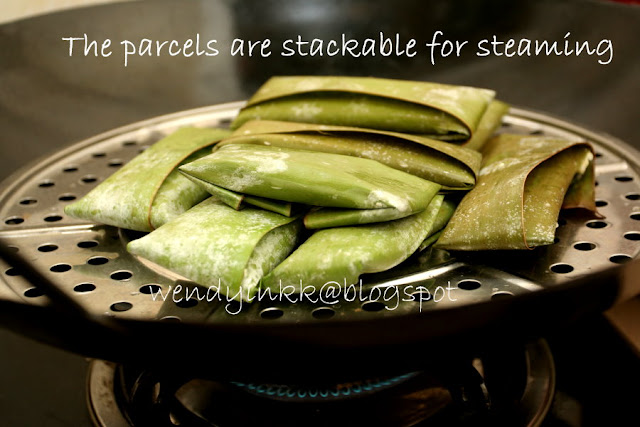 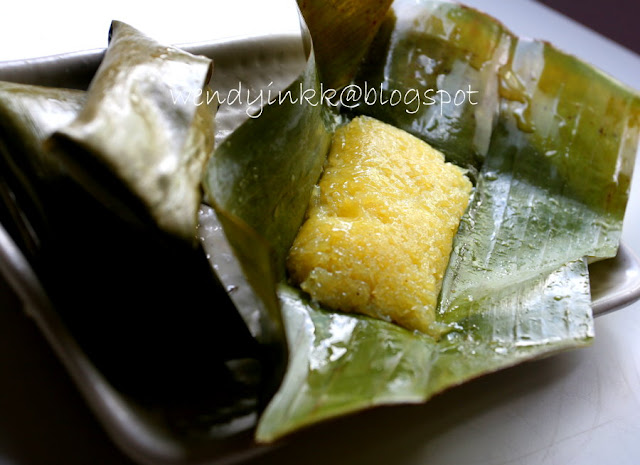 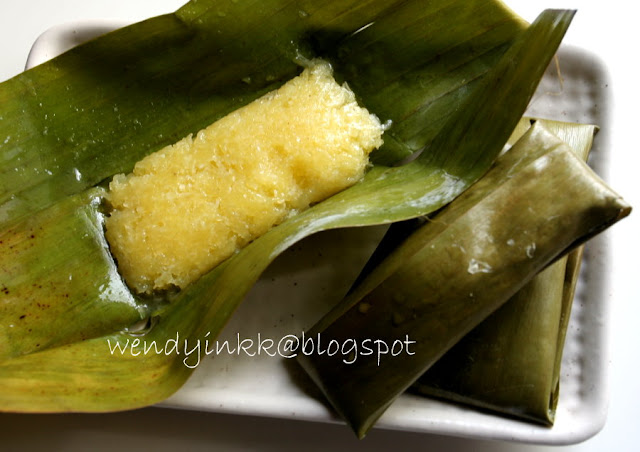