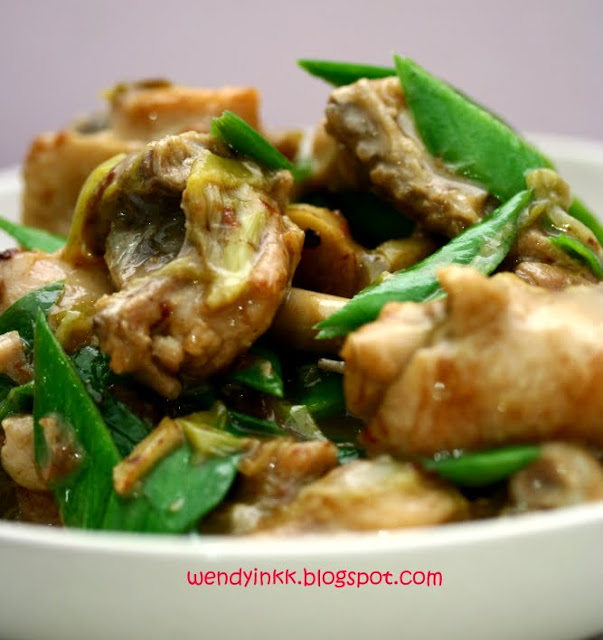 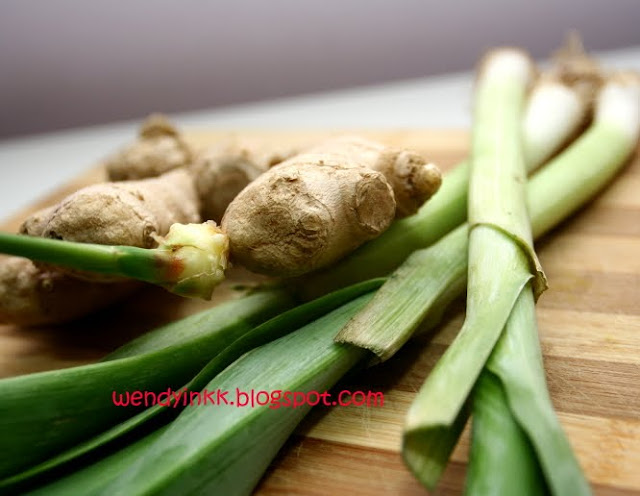 Leek is my dad’s favourite veg. I hated it when I was small. My late dad likes to put those Chinese New Year leeks into almost everything he eats, from noodles to his bowl of rice. I only found the wonderful flavour of leek when I did my mushroom soup, which was just months ago.
I used China leeks, as it is said to be more aromatic, but my mom also said the best leeks are around Chinese New Year , which is right after winter. The melted leeks in this dish is oh so yummy. That’s what makes this dish so nice. I added in the green part of the leeks at the end to add some colour to the dish. 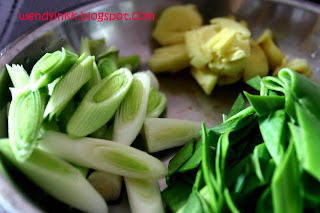 500gm chicken whole legs, cut up and marinated with ¾ tsp salt for half an hour
150gm leeks (abt 3 stalks, white and green parts separated, sliced)
50gm ginger (peeled and smashed)
1 ½ cups water
½ tsp cornstarch +1/4 cup water
Cooking oil
Heat wok and put 1 Tbsp cooking oil. Saute ginger and leek (white parts) until fragrant and slightly golden. Dish up.
Put in another 2 tbsp oil and wait until wok is very hot, put in marinated chicken and fry until meat is slightly browned. Put in cooked leeks and ginger and continue to stir fry for another 2 minutes. Put in water, enough to cover over chicken. Put on wok lid and let it simmer on medium heat for 20-30minutes, until meat is tender and leeks have melted away. Remove lid and let gravy reduce. Put in green parts of leek and cornstarch solution. Taste, if not salty enough, add salt and dish up. 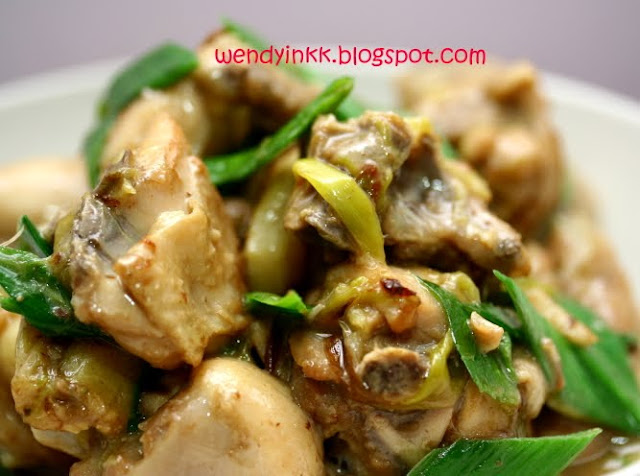