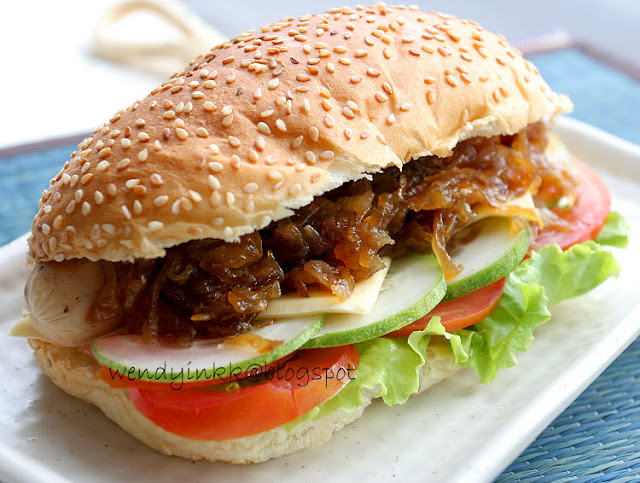 When I saw these on Zurin's blog, I was totally attracted to the goldeness of the onion strands.

I love onions, be it raw or cooked, in soups or in salads. I love them all. Even when I was a kid, whenever grandaunt cooked sweet and sour fish, she likes to put in lots of sliced onions, and I'll pick those up and eat. Better than the fish itself.

Somehow I regretted using only 1kg of onions,... later you'll know why. 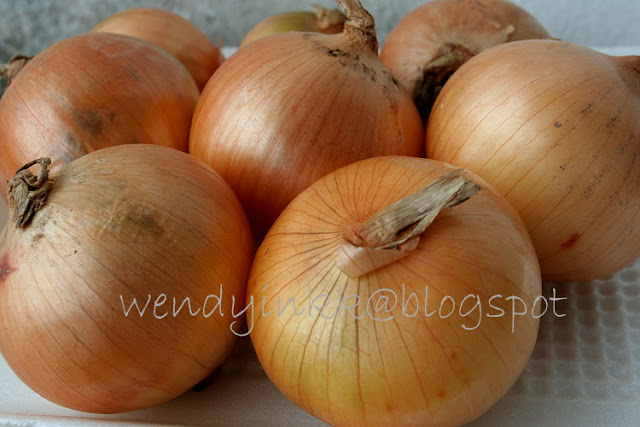 Caramelized Onions
Recipe adapted from Cherry on a Cake

1.Wash, peel and slice the onions.
2.Put in a 4 Tbsp of oil into a heavy based pot and cook onions on medium low heat. Stirring from time to time until they turn pale golden.
3.Then put in sugar, worcestershire sauce and butter. Season with salt. Then on, stir it all the while.
4. Cook until onion is translucent and nicely golden.
5. Push onions to one side, tilt the pot and let the extra oil flow away from the onions. Let it rest for 15 minutes.
6. Dish up, leaving the extra fat in the pot.

This is the outcome, from the large bowl of sliced onions, I'm left with just one cup of caramelized onions. One hour of effort!!!!! I should've doubled the amount and made more. 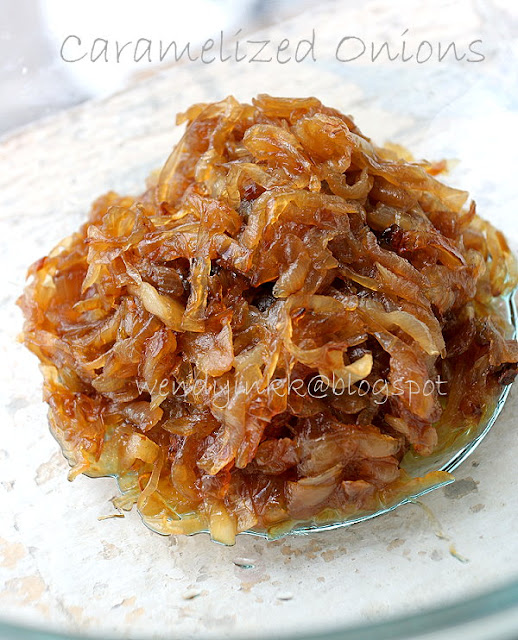 Then I filled them into my sausage sandwich.
Tasted absolutely lovely 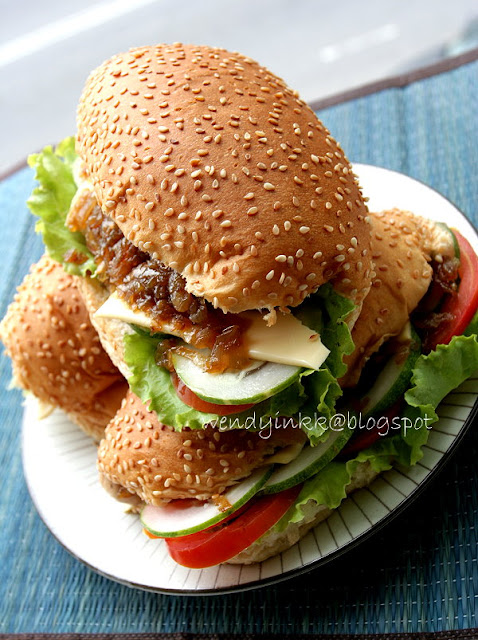 Filled some for my in laws too 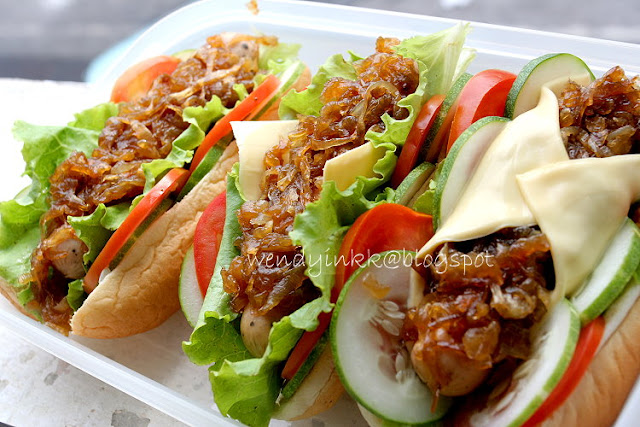 Email ThisBlogThis!Share to TwitterShare to FacebookShare to Pinterest
Labels: From the net, vege-rootbulb, Vegetables