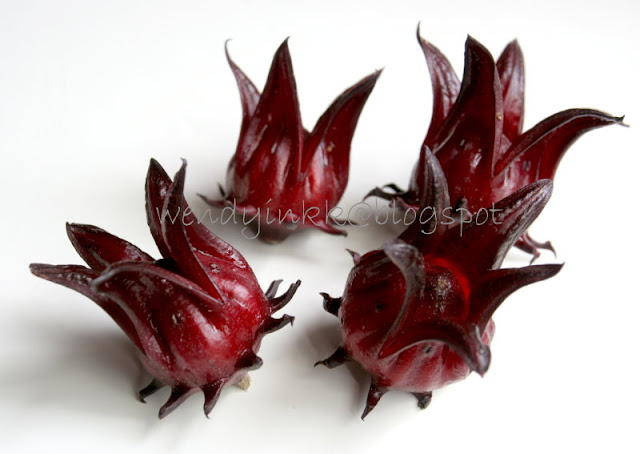 I have always wished to make a Red Velvet Cake, but very very hesitant due to the amount of red colouring used.

So, I experimented with Roselle, a natural source of red pigment.
I boiled 20 pieces of roselle's calyces with water, reduced the infusion and got this, a super concentrated reddish paste. 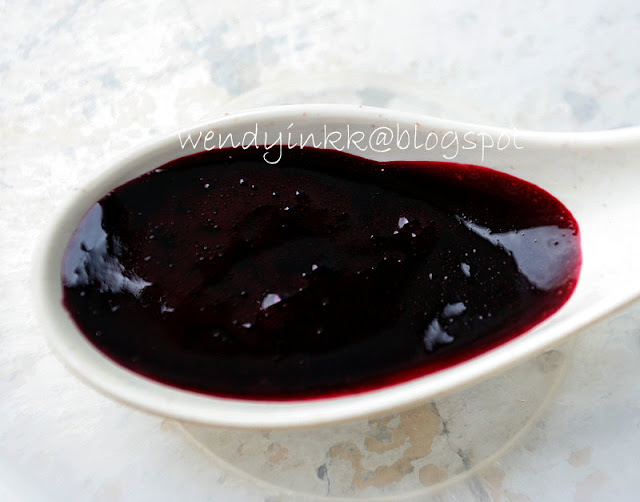 The pot was still left with lots of pigments and so I rinsed the pot with
1. Evaporated milk (left)
2. Yogurt. (right)
This is to melt the dried pigments on the walls of the pot, it's still a lot of colour, so don't waste it. 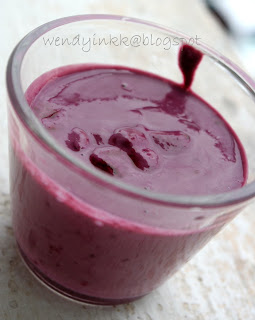 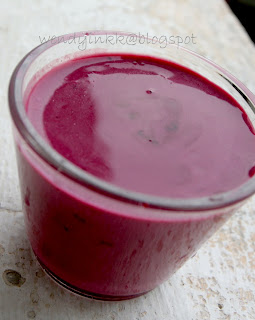 No, I didn't rinse the same pot twice. But I did it twice, cos the first cake became a dark grey cake. I was laughing at the cake when I saw it out from the oven.

If you noticed, the left pic that has the excess pigment melted in evaporated milk, more bluish than the one on the right, which was yogurt. Anthocyanin, the pigment present in Roselle, reacts and changes colour according to Ph. If it is exposed to alkaline conditions, it turns blue, and in acid, red. Just like the Ph indicator back in your chemistry classes. Milk is a weak acid (pH 6.4-6.8) and yogurt is more acidic(pH 4-5). Same goes for blueberries, if you add lemon juice to your blueberry ice cream, be sure to get magenta coloured ice cream, the more lemon juice you add, the "reddish" it becomes but if no lemon juice is used, it stays blue blue blue. Same goes for red cabbage.

Ok, stop talking about anthocyanins. But look at my results, adapted from Tartelette's 1st cake 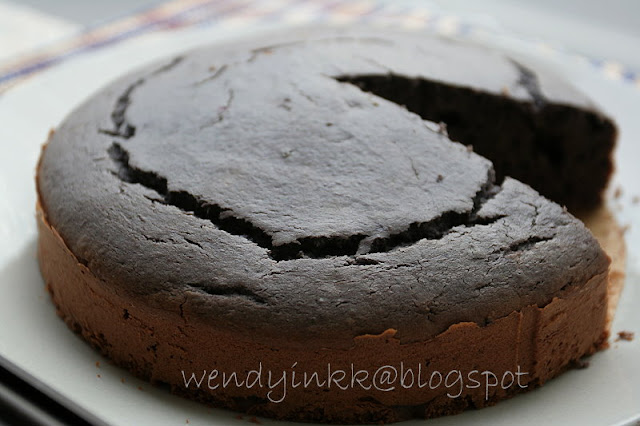 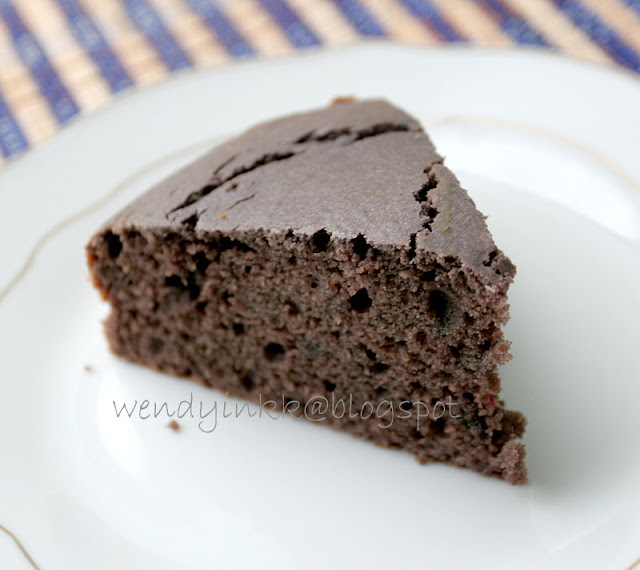 The surface looked dark grey and the cake is brownish grey. But taste wise, fabulous!! My brother in law finished up the cake and inititated to learn from me. I laughed at it, cos it was a failed experiment.
I thought, maybe the batter wasn't acidic enough for it to stay red, because initially I thought the roselles are pretty sour, so with the acid in it, should be enough to react with the baking soda used, so I didn't bother to use buttermilk/yogurt. The batter actually turned blue before the cocoa powder was added in, which was why I knew it's not acidic enough. Not even the vinegar could help me. I was hoping for a bluish cake, but hahaha, a grey cake came out. 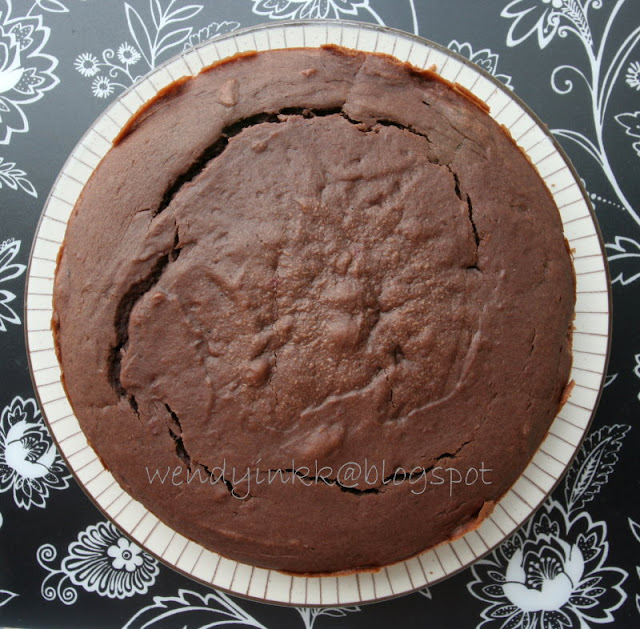 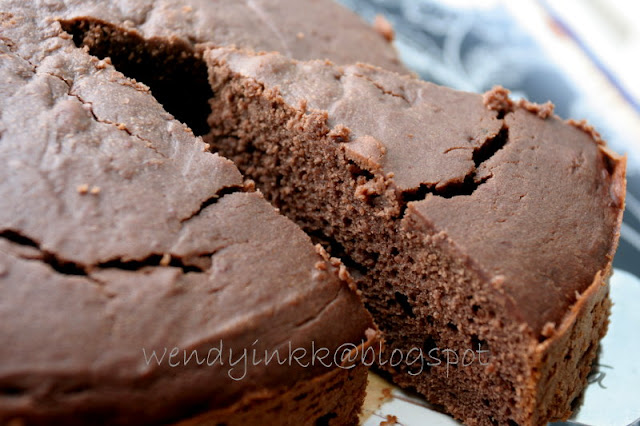 I used yogurt this time for the batter to be acidic, and the result was disastrous. It looked redder than the 1st cake, but roselle is just not strong enough to overcome the cocoa powder. It was very magenta-ish before the cocoa powder was added in, but once the brown powder went it...... it no longer stayed pretty.
And taste wise, it was really horrible. It sticks.. not to the finger, but the palate. Found it hard to swallow. I guess with roselle concentrate, yogurt and vinegar, it became too acidic and maybe that's why it is so dry and crumbly and sticky in the mouth. Threw the whole cake away, it was inedible.

I guess my quest for a roselle coloured Red Velvet Cake shall end here. The natural pigment is just no contender with the little bit of cocoa powder. It just can't overcome it. I've tried baking with Roselles before and the colour came out nice and pretty, but it just don't work together with cocoa powder. I might just come up with a magenta coloured cake... but not Red Velvet Cake.

BTW, please don't suggest beetroot to me. I'm keeping red velvet cake away from me forever.
Posted by WendyinKK at 11:20 AM