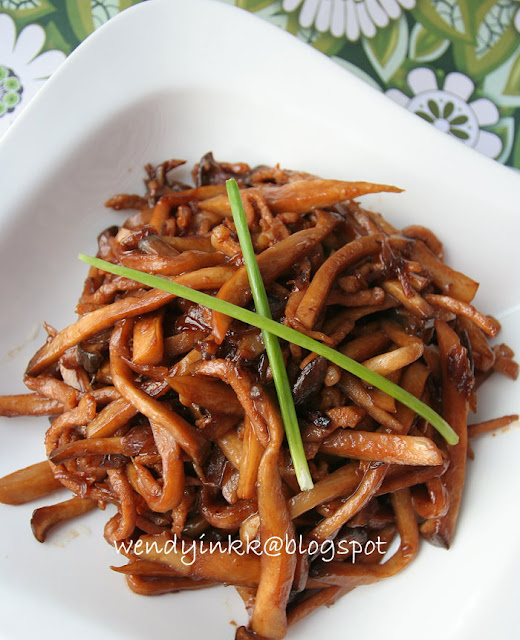 And when I bumped into this recipe ,  I quickly bookmarked it. Normally, what I’d do with king oyster mushrooms or what we call here in Cantonese as Gai Bei Goo (鸡髀 菇, chicken drumstick mushroom), is to do a mixed vege stir fry， use in steamboats or make a cream sauce pasta with it. And this method seems nice, cut into long strips and later, mixed with a meat sauce. 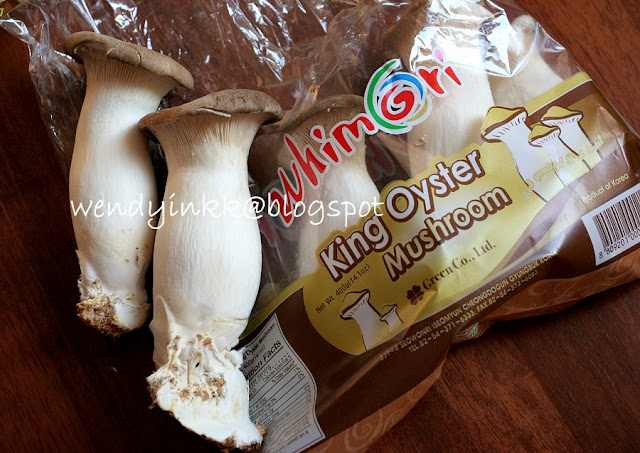 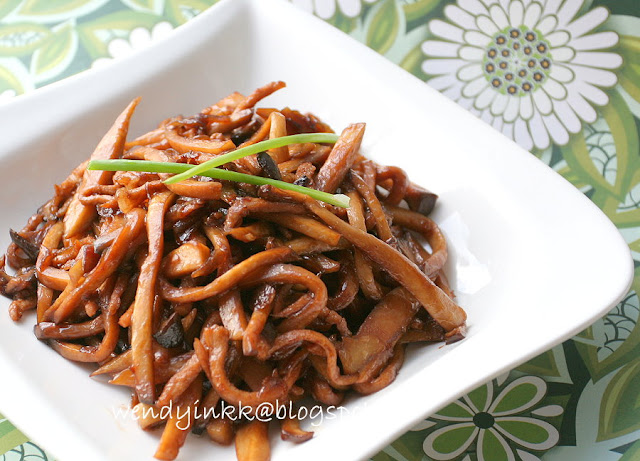 I didn’t follow the original recipe too much, as I have no idea what 黄酱 is. So, I did the usual shallot infused oyster sauce gravy.

King Oyster Mushrooms with Meat Sauce Recipe
I used,
400gm king oyster mushrooms, rinsed, and cut into shoestrings (Like McD Fries)
80gm pork loin or chicken breast, cut into matchsticks (so that when you take the mushroom, you won’t miss the meat, if use minced meat, chances are, the meat will drop off from the mushrooms)
2 shallots, thinly sliced
1 clove garlic, finely chopped
2 Tbsp cooking oil
2 Tbsp light soy sauce
1 Tbsp oyster sauce
3/4 tsp sugar
Pinch of salt and some pepper

1. Steam mushrooms on high heat for 8 minutes, or until wilted. Leave to cool down.
2. Remove juices and try to squeeze out water from the mushrooms. Retain all the juice.
3. Heat a wok, and put in cooking oil. Fry shallots until very slightly golden and put in garlic.
4. When garlic is fragrant, put in pork/chicken. And cook until it turns opaque.
5. Put in seasonings and cook until it sort of dries up and you can see the oil.
6. Put in retained mushroom juice and bring to a boil. (The mushroom juice tends to thicken a bit)
7. Put in mushrooms and cook it for 1 minute to let the flavor absorb into the mushroom. (If you prefer some gravy, let the mushroom absorb the flavor first, then only put in extra water or some cornstarch mixture)
8. Dish up and serve. 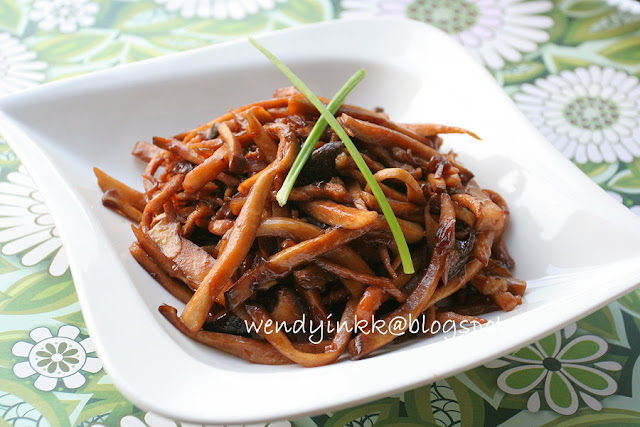 Email ThisBlogThis!Share to TwitterShare to FacebookShare to Pinterest
Labels: From the net, Mushroom, Pork, vege-fungi