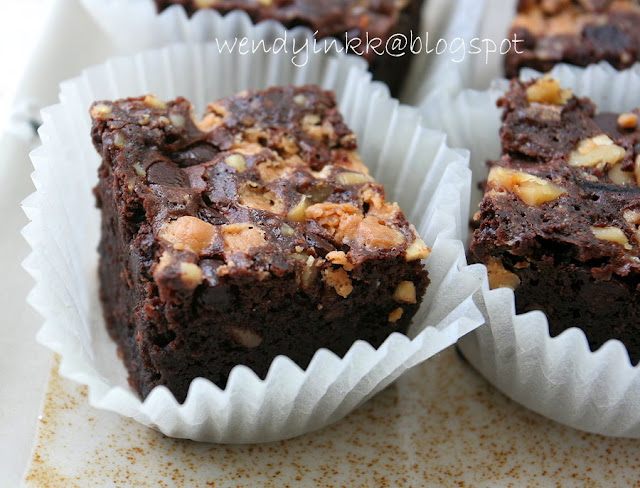 I’m not much a brownie eater, actually never eaten a fudgy brownie before. It was always cakey brownie. So, this is my first fudgy brownie.

The fudgy look of the brownie caught my attention and with specks of white and brown all over, hidden and peeking at me. I just got to make this someday… But I need choc lovers to help me eat up the brownies.
Then came the chance, I needed to visit an aunt and uncle and I wanted to bring some bakes for them. And that weekend, her daughter Esther was back with baby Tristan. Esther told me she loves brownies and chocolate cakes… AH-Ha!!!! The chance to bake brownies has finally arrived!!! 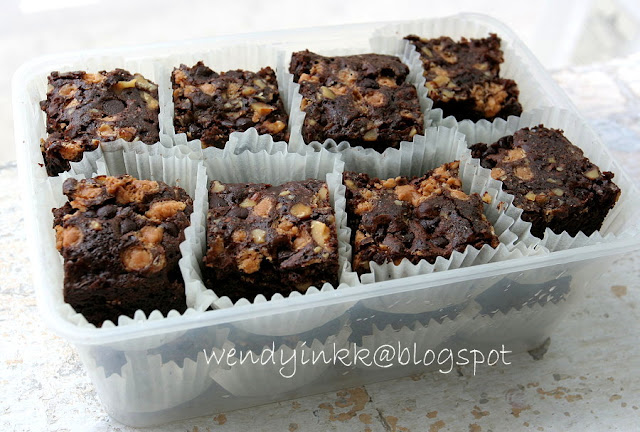 I adapted the recipe from Anna Olsen. I used almost less of everything by cut down the choc to one pack size of 250gm. I was lazy to break another pack for the other 50gm. Then I cut down 1/3 sugar and butter. I slightly increased the choc chips cos here, the smallest packs that suppliers will sell is 100gm, so why leave the 10gm behind if I were to follow the recipe to go at 90gm. And I also had some chopped roasted walnuts leftover from a cake, and so in it went too. 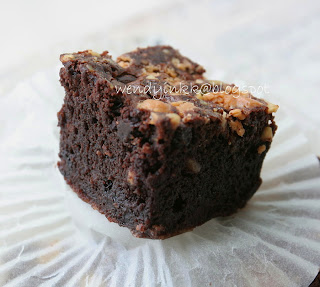 1. Preheat oven at 140/160C. Line an 8 inch shallow square pan with overlapping sides.
2. Place dark chocolate and butter into a mixing bowl. Place mixing bowl over another bowl of hot water and let the butter and chocolate melt, stirring gently.
3. Remove mixing bowl from hot water and mix in sugar and vanilla extract.
4. Put in eggs and mix.
5. Sift in flour and mix.
6. Put in 2/3 of both choc chips and nuts and mix.
7. Pour batter into pan and sprinkle balance of nuts and choc chips.
8. Bake for 35- 40 minutes or until skewer comes out clean. 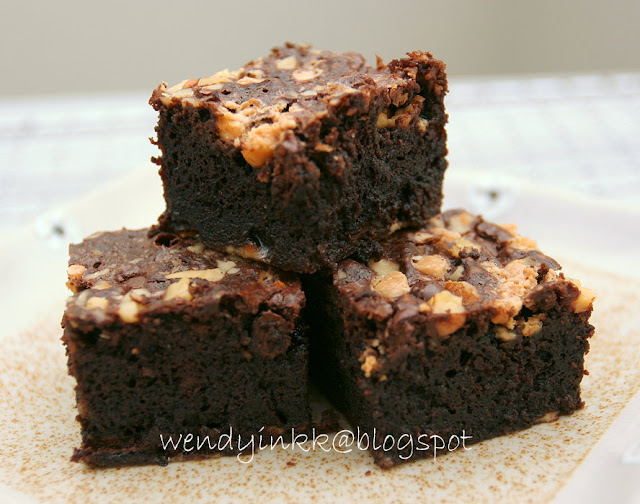 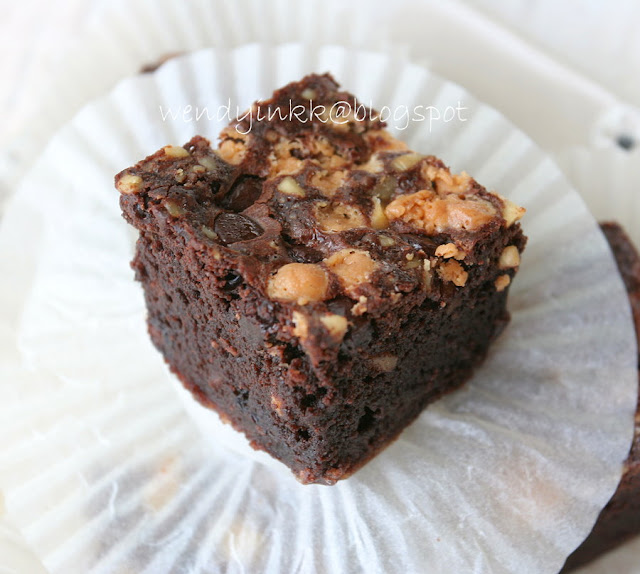 Email ThisBlogThis!Share to TwitterShare to FacebookShare to Pinterest
Labels: Cakes, cakes-brownies, Chocolate, From the net, Nuts