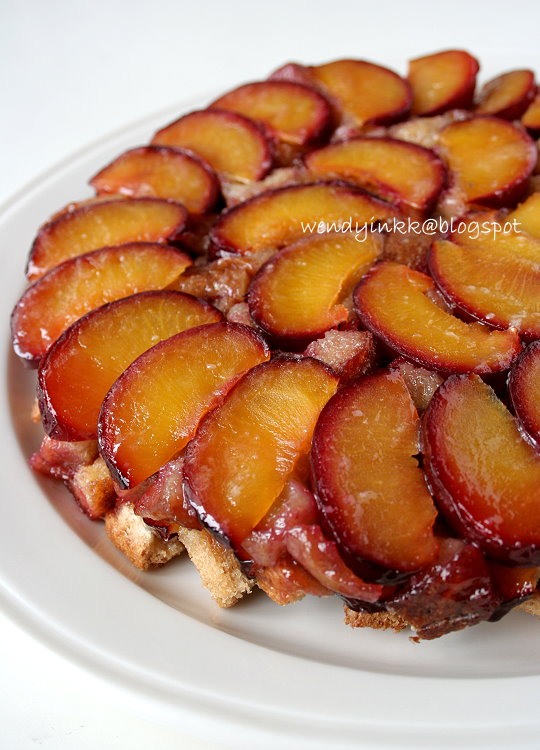 Plums are the cheapest stone fruits available here. And although the season will end soon, it won't take another year for you to get some plums. Australian and South African fruits will be easily available here few months later.

A brown betty, (not a ugly betty, hahah) is a baked pudding made with buttered bread crumbs, not soft and mushy, but still very much retains its crispiness as seen in a lot of recipes. Apples are usually used, but other fruits may be used too. I was attracted to this recipe due the caramel, and not all recipes call for this. And when it has some sort of caramel, the whole thing holds together much better, but still, it won't come off in one piece like a pie. 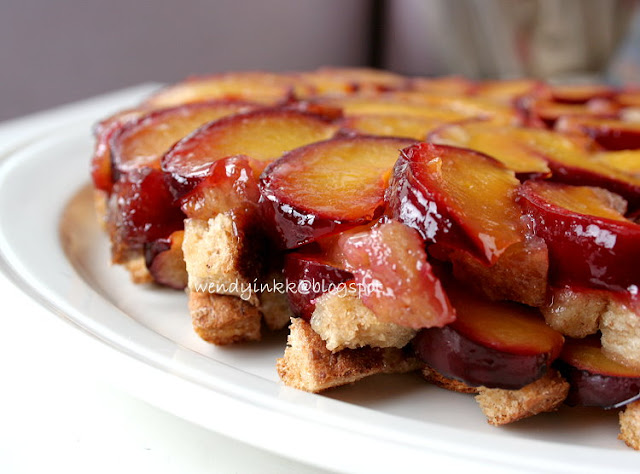 1. Preheat oven to 170/190C. Butter and line a 8 inch shallow round pan
2. Slice plum halves into 6.
3. Melt butter, caster sugar and cream in a saucepan.
4. In another bowl, mix flour and brown sugar together. Toss with cubed bread. Set aside
5. Pour half the butter mixture into lined pan.
6. Arrange plum slices in pan. Sprinkle half the bread cubes over.
7. Arrange balance of plums over bread cubes. Sprinkle remaining bread cubes over plums.
8. Drizzle the remaining butter mixture over bread cubes.
9. Bake for 30 minutes.
10. Let the baked pudding cool for 5-10 minutes and then overturn onto serving plate. Do not wait until it's too cool, it'll stick to the pan or too impatient to overturn it too soon. I did the latter and some of the plums fell off cos the caramel was still gooey.
11. Serve warm with a dollop of whipping cream. (I just ate it like it was, crunchy buttery bread with soft sweet plums) 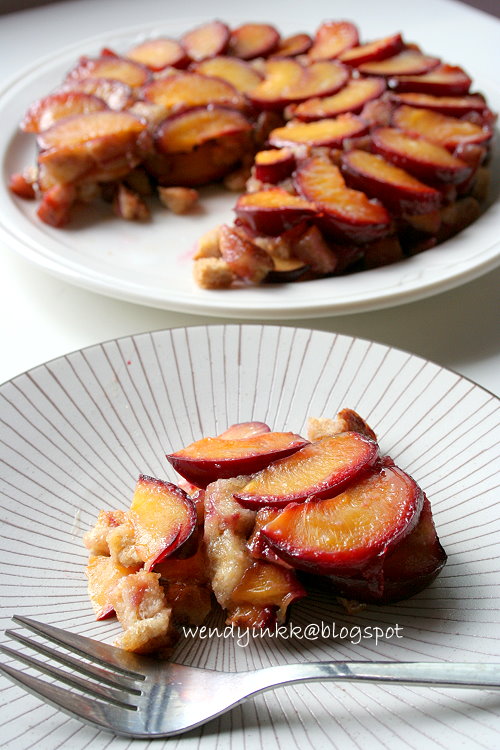 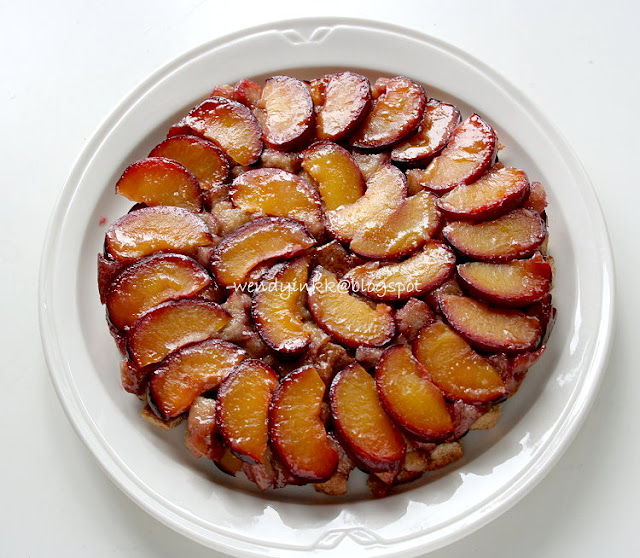