My birthday was more than a month ago.. a bit lagging in posting, as always.
This year, I finally received the thing I've been hinting for...

A point and shoot camera!!! Sony TX5, perfect for outings with my kids. 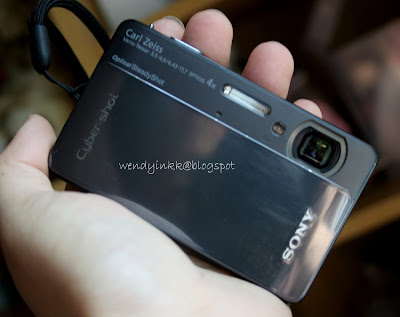 Haha, call me crazy, yes I am.
Since I'm a noob in photography, and I only use my hubby's DSLR as a point and shoot, I might just as well get a point and shoot, one that I call as my own. But I don't want to buy it, I want someone to buy it for me. Haha. And he finally did, after this model came out. Fits our criteria perfectly. He bought this 2 weeks before my birthday, on the day I was meeting Swee San and Pei-Lin at The Curve.


But somehow on the day itself, he gave me another surprise.
He got me a digital scale. Haha!! I was totally ecstatic.
Why?
This scale only costs him RM54, but the camera cost him more than 1k.
Why the joy????

Maybe I'm a simple person. The joy of recieving gifts has no relation to how much it costs, but how much meaning it brings.

My first digital scale that my hubby bought me over Lelong.com thru this seller was a true bad buy.
When it arrived, We opened it up for testing and it worked fine. I was still lazy to get it on my counter and so I kept it in the box until 3 weeks later. It won't work by then!!! I was shocked, a new scale??? 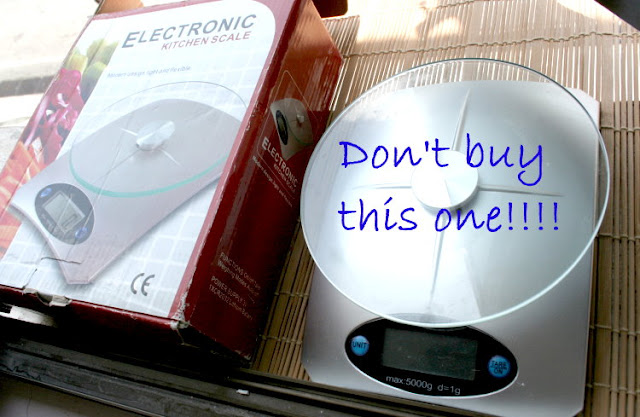 So Mike checked the battery's power using one of his gadgets and found that the battery was dead, so he took another lithium battery and fitted it in. The scale worked! So we guess the battery that was sent together with the scale might be an old and used one.

Less than 3 weeks later.... the scale gave me low batt warning. Another 2 days it went flat.
So, now we know, the power in the scale goes on, no matter whether it is in use or not.
I can't be changing lithium batteries every 3 weeks.... so I put it aside, and took out my spring scale again on my counter. Then I checked with some others that I knew that are using digital scales and found that they rarely change batteries, maybe once in 6 months, and one of of them uses it to weigh his buns dough piece by piece for a few hours daily.

That was 2 days before my brithday.

On the night before my birthday, he told me.. he had ordered another scale for me, and it's arriving tomorrow on my birthday. The joy that filled me was super!!! This is the first birthday present from him, that is bought according to my needs, without me giving him any hints. So far he has only bought me 2 birthday gifts before this scale, one on our first year of courtship, and another on a bithday when he was on business trip to Ghana. The camera is a long called for thing from him, he is just using the birthday as a date to buy for me. so I don't consider that as a real birthday gift. And I never thought that he will get me another scale this soon!! He is not a romantic guy that will shower me with roses or teddy bears, nor take me on a romantic dinner. Well, I don't fancy these too. But when a man, takes heart into a woman's real needs and gives her a surprise, that's when the gift becomes really special. Well, at least to me. 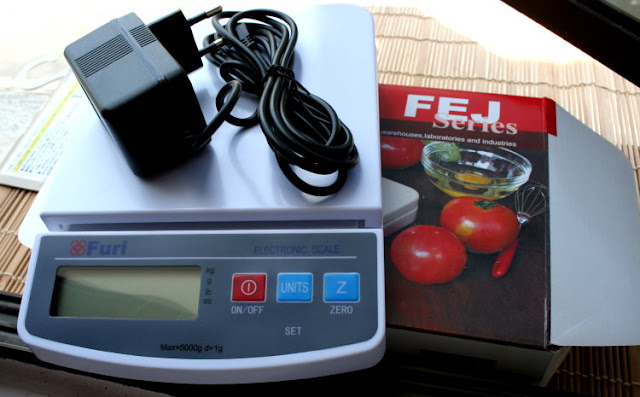 My hubby said, this one comes with adapter, so, if the battery fails, you still have this.
So, when all things fail, I still have my hubby with me ........


Happy Birthday Mike (tomorrow)
And may God bless our marriage until our very last breath.

Psst.. It's our 5th year anniversary today
Posted by WendyinKK at 10:23 AM